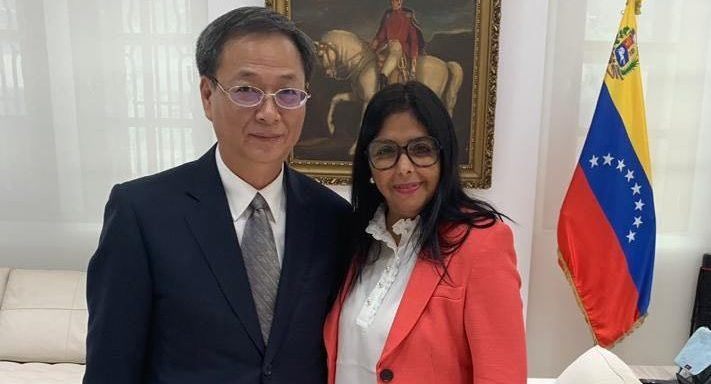 In order to keep advancing in the strengthening of cooperation relations, the Executive Vice-president of the Republic, Delcy Rodríguez, held a meeting with the ambassador of the People’s Republic of China in Venezuela, Li Baorong. During the meeting, the representatives of both countries expressed their commitment to advance bilateral exchange and mutual support against imperial interventionism.

The Asian giant has reiterated its rejection to the interference and criminal actions of the United States government and its president Donald Trump against the Homeland, which affect the quality of life of the Venezuelan people.

Thanks to Commander Hugo Chavez, Venezuela and China maintain excellent alliances, achieving more than 700 joint projects in different areas of the economy.

These links have been consolidated thanks to the President of the Republic, Nicolás Maduro, who has made more than 10 visits to the Asian nation as an expression of the importance of joint relations between the two countries.