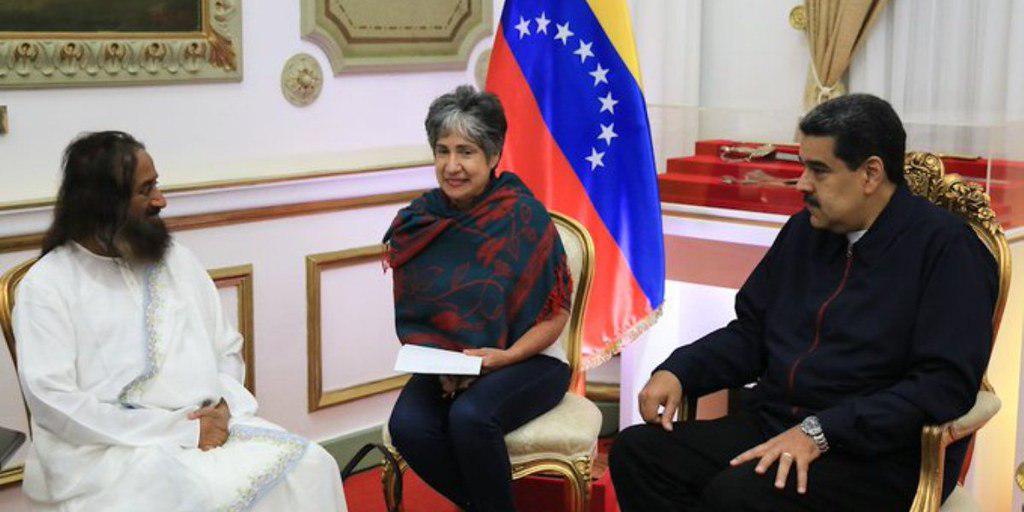 On Tuesday, the president of the Bolivarian Republic of Venezuela, Nicolás Maduro, received the humanitarian leader and peace ambassador, Gurudev Sri Sri Ravi Shankar, at the Miraflores Palace.

Through his Twitter account, @NicolasMaduro, President Nicolás Maduro, expressed his gratitude to the humanitarian leader. “I appreciate the visit of Gurudev Sri Sri Ravi Shankar and his willingness to help the Venezuelan people find the ways of union and national peace, with his methods of mediation and his philosophy of the art of living. Venezuela is a Territory of Peace!”

Gurudev Ravi also visited the country on July 8, when he expressed his willingness to participate as a mediator in the consultation mechanisms aimed at achieving national stability, an initiative promoted by the Bolivarian Government.

This Indian spiritual master – who has a vision of a society free of stress and violence, bringing millions of people together through service projects and courses in The Art of Living – has participated as a mediator in the resolution of conflicts in several countries, including the Republic of Colombia, during the signing of the peace agreement between the former Revolutionary Armed Forces of Colombia (FARC) and the government.

Sri Sri Ravi Shankar, named in 2011 by the United Nations Educational, Scientific and Cultural Organization (Unesco) as one of the most prominent speakers of the century, counts among his achievements in favor of peace, the participation in the processes of dialogue in the Republic of India, avoiding with them an event of greater magnitude, after the murders in jehanabad.

In that line, he is recognized for founding the Humanitarian Organization, The Art of Living, with presence in 155 countries and the International Association for Human Values ​​(IAHV). 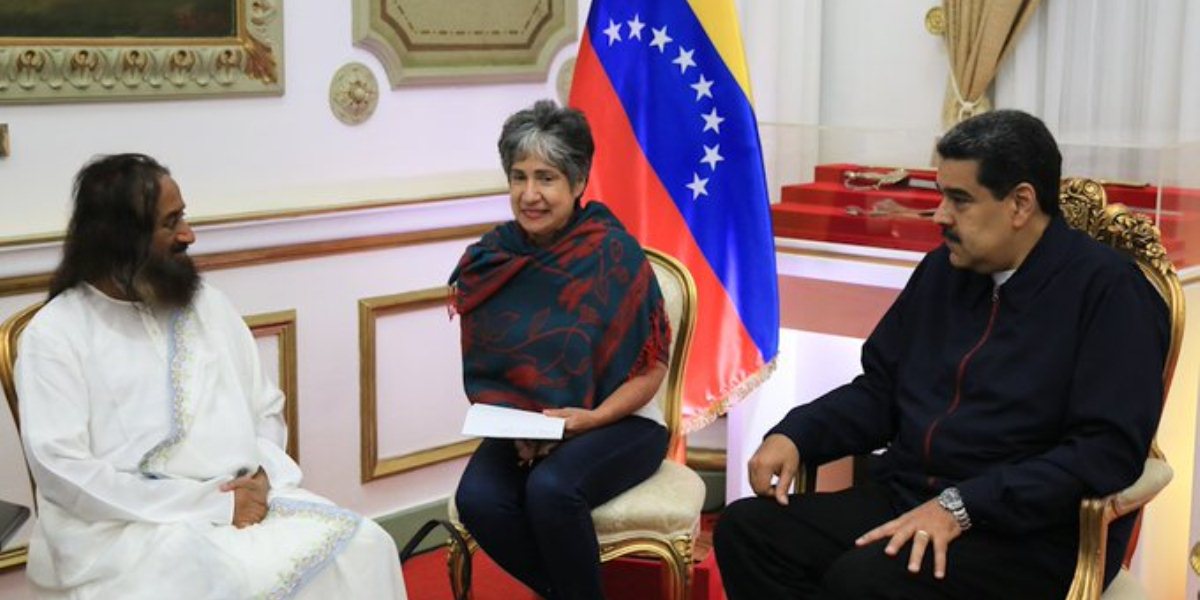