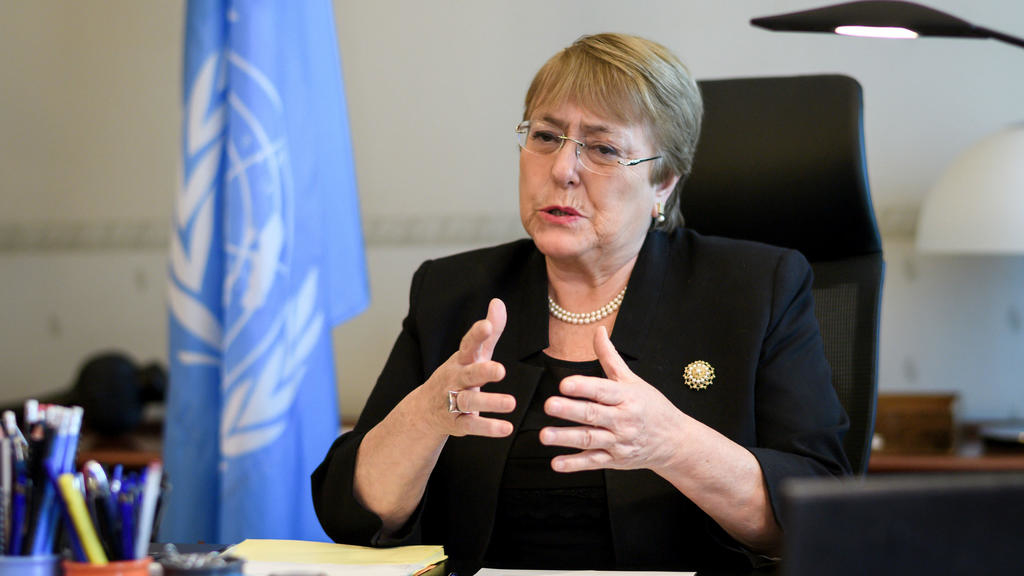 The United Nations High Commissioner for Human Rights, Michelle Bachelet, expressed her deep concern about the “potentially severe” impact of the new unilateral coercive measures imposed by the United States government on the Bolivarian Republic of Venezuela, contemplated in the Executive order signed in recent days by President Donald Trump.

“I am deeply concerned about the potentially severe impact on the human rights of the people of Venezuela of the new set of unilateral sanctions imposed by the United States this week. The sanctions are extremely broad and do not contain sufficient measures to mitigate their impact on the most vulnerable sectors of the population”, she said.

The United Nations High Commissioner fears that the so-called “sanctions”, which violate the most basic principles of international law, will have far-reaching implications for the rights to health and food.

“All assets and interests owned by the Government of Venezuela that are in the United States […] are blocked and cannot be transferred, paid, exported, withdrawn or otherwise treated”, states the decree with which the US president has formalized the economic and commercial blockade denounced by Venezuela on several occasions and in different forums of world political agreement.

The United Nations High Commissioner for Human Rights, who has shown a biased position regarding Venezuela, recognizes that “there is a great deal of evidence showing that powerful unilateral sanctions can end up denying the fundamental human rights of people, including their economic rights, as well as their rights to food and health, and could hamper the delivery of humanitarian assistance. Even carefully targeted sanctions must be subject to strict human rights safeguards”.

“I call the Secretary General of the United Nations, I call the High Commissioner for Human Rights […] It is a violation of 30 million Venezuelans in their right to food, health, tranquility isn’t that the greatest violation of Human Rights that may have existed in this continent?” stressed the diplomat at a press conference with national and international media.

The limitations of the “sanctions”

In his meeting with the media, the People’s Power Minister for Foreign Relations made a synthesis of the impact of the unilateral coercive measures imposed by Washington on Caracas, which undermine the human rights of Venezuelans and transgress the purposes and principles of the Charter of the United Nations.

Foreign Minister Arreaza explained that the siege, among other restrictions, prohibits the access of the government and the state-owned PDVSA to international financing sources; orders the freezing of billions of dollars of Venezuela in international banking; pursues operations with gold and cryptocurrencies; confiscates assets owned by Venezuela in US territory and in other countries, at a figure that exceeds 30 billion dollars; prohibits the maritime trade of Venezuelan oil; prevents the Central Bank of Venezuela (BCV) and public banks from operating in the international financial system.

The unilateral coercive measures imposed by Washington on Caracas have restricted national income and the import capacity of the Venezuelan State to meet the basic needs of the population.