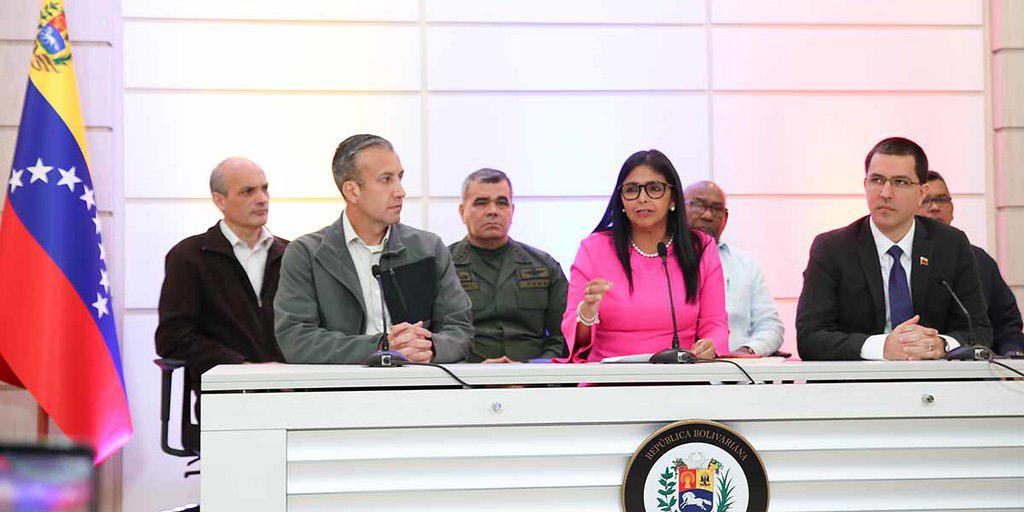 Vice-president Delcy Rodríguez: US threatens countries and companies that negotiate with Venezuela

“Mr. Bolton, did not stop there, but has directly threatened Russia and China, because of their brotherhood and cooperation with Venezuela, and not only that, he threatened private companies that do negotiations with the Government of our country”.

This was stated by the Executive Vice-president of the Republic, Delcy Rodríguez, stressing that US government authorities, through national security advisor John Bolton, have been directly responsible for threatening countries that have brotherhood relations with the Venezuelan people.

During a pronouncement by the Bolivarian Government to reject the embargo announced by the administration of Donald Trump against the people of Venezuela, Rodriguez stressed that the confessions of the Lima Cartel are taking place right now, who are breaking up the country’s assets.

“No country is safe in this fourth, fifth and sixth generation war. Any country can be the victim of illegal sanctions against its economy. Mr. Donald Trump intends to cover with these actions the internal crisis that the United States is experiencing since the arrival of this man in the government with racist and classist murders. Venezuela is in solidarity with the American people”, she emphasized.

In that regard, the Executive Vice-president stressed that the US fascist regime is attacking the dialogue table that the Norwegian Government has facilitated between the Government and the Venezuelan opposition.

“They are kicking the dialogue table provided by the Government of Norway in Barbados. The instruction of President Nicolás Maduro is to keep us at this negotiating table to settle the differences and seek a peaceful solution with this extremist right for the benefit of all Venezuelans”, she said.

Finally, Vice-president Rodríguez said that the Bolivarian Government, with the support of the Patriotic and Revolutionary people, will overthrow all those threats that want to damage the peace of the people.

“It is time for the defense of Homeland; Venezuela and through national union we are going to defeat these illegal sanctions. Venezuela will make a legitimate defense in international instances because we are respectful of International Law”, she said. 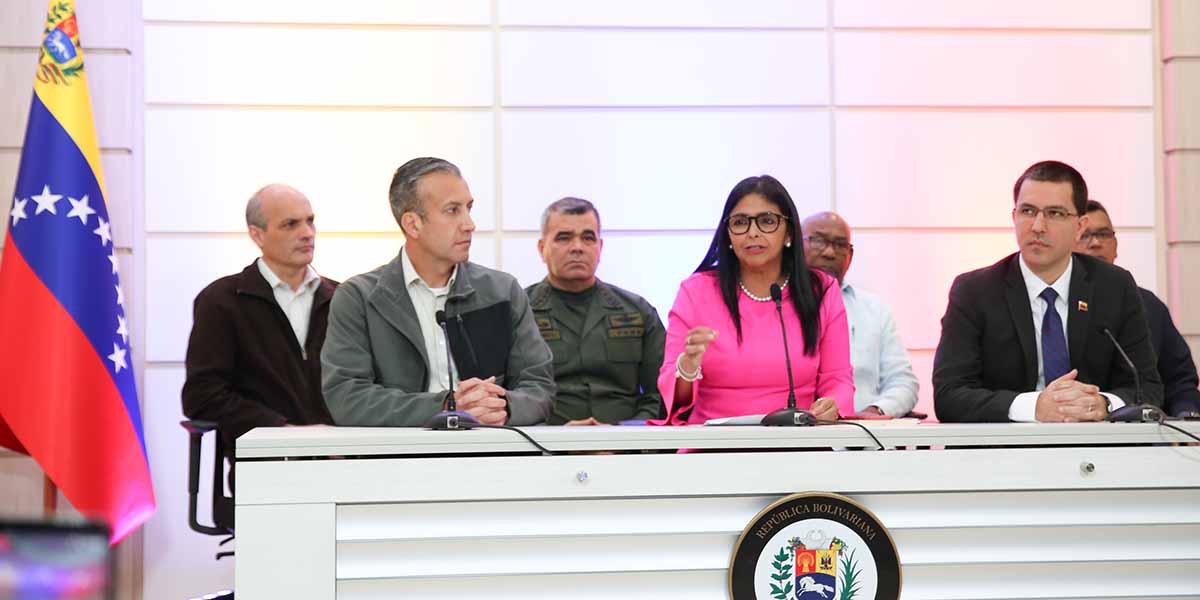