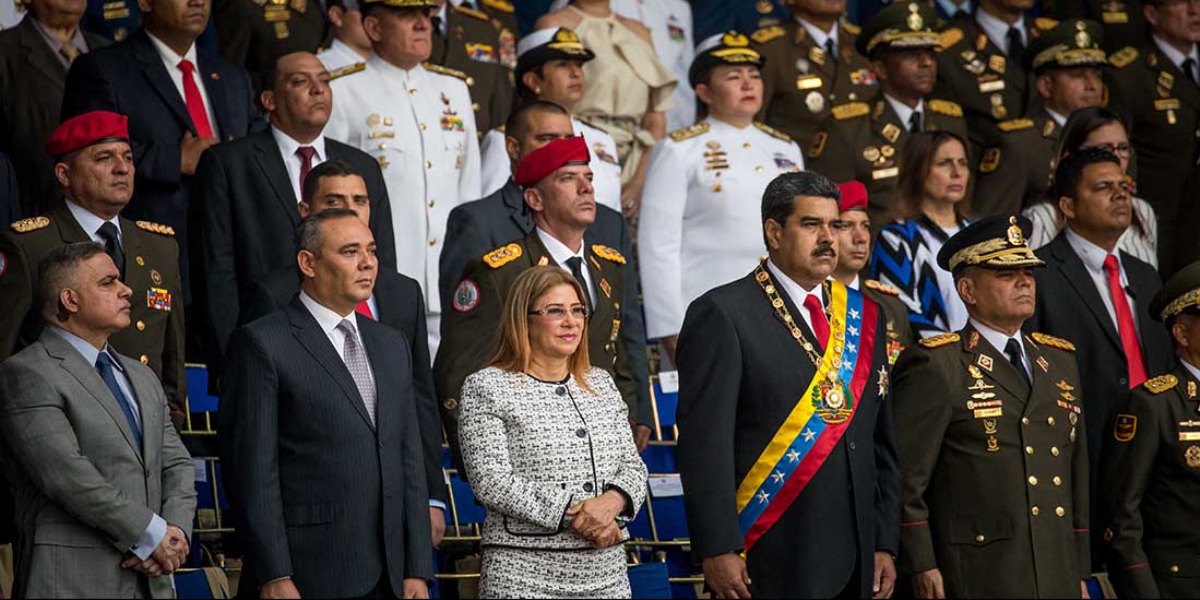 Around 5:30 p.m. on August 4, 2018, the constitutional president of the Bolivarian Republic of Venezuela, Nicolás Maduro Moros, was leading the event in commemoration of the 81st anniversary of the Bolivarian National Guard, at the Bolivar Avenue of the Caracas, in the midst of the heat of his speech, he was the victim of an attack that sought to end his life.

While the President was betting on the good of the country and emphasized that the time for economic recovery had arrived, the DJI Matrice 600 drone, triggered a load of C4 explosives and pellets in front of the presidential platform.

Moments after the security protocols were efficiently activated, a second explosion took place about 400 meters from the place in the Don Eduardo Building, which proved that the assassination attempt was a coordinated action that included several objectives.

The terrorist attack left a balance of seven wounded military personnel and shocked the public opinion of the country and the world.

That same day around 9:00 at night, President Maduro from the Miraflores Palace, gave his first speech after that vile attack against his life and that of those present. The Venezuelan Head of State spoke to Venezuela and the world to give details of what happened.

“God protects me and on earth the people and the Bolivarian National Armed Forces protect me, that is why I stand, victorious, ready to continue the battles to come”, were the President’s first words.

80 control points were activated in a special deployment to secure the city after the explosions, in 10 minutes, the intelligence bodies of the nation, commanded by the Minister for Internal Affairs, Justice and Peace, M / G Nestor Reverol, arrested some of the material authors of such a nefarious and macabre plan.

Two people were caught infraganti inside a vehicle near the place of the events. Argenis Gabriel Valera Ruíz, aka “The Engineer”, who was subsequently identified as one of the drone operators, and Juan Carlos Monasterios aka “Bonds”.

The terrorist operation called by those involved as: David against Goliath, in addition to assassinating the President of the Republic, also had plans not to leave any survivors, since the initial plans included several detonations within the platform. However, it was subsequently known through the investigations that thanks to the defense mechanisms of the nation, the interfering signals did not allow the fact to be fully consummated.

Julio Borges who is currently a fugitive from Venezuelan justice, and protected by the Colombian government, along with former deputy Juan Requesens, arrested on August 7 by the Bolivarian National Intelligence Service (Sebin), and Fernando Albán, were charged by the Prosecutor’s Office General of the Republic with the charge of intentional homicide qualified as an attempted assassination against the citizen Nicolás Maduro Moros, after his participation in the fact was proven.

The right-wing leaders planned the terrorist acts from Colombia, encouraging a civil war in Venezuela with the collaboration of Osman Alexis Delgado, alias “Halcón 2”, who freely planned the operation from the United States, for which they received approximately 20 million dollars as part of financing the magnicidal plan.

On June 11, the attorney general, Tarek William Saab, reported that investigations are continuing in the case in which a total of 38 people have been charged, of which 31 are deprived of liberty and seven with substitute measures. In addition, 18 accusations have been filed and there are 15 people with an arrest warrant, but according to Saab’s statements, they are outside the country.

The direct participation of the United States government has been evidenced by the constant calls for confrontation and its systematic strategy to subject the Venezuelan people to an extreme situation through economic asphyxiation.

After a year of the terrorist attack, President Maduro remains steadfast in the leadership of the government, always with the Chavista and Bolivarian ideal as a standard of struggle.