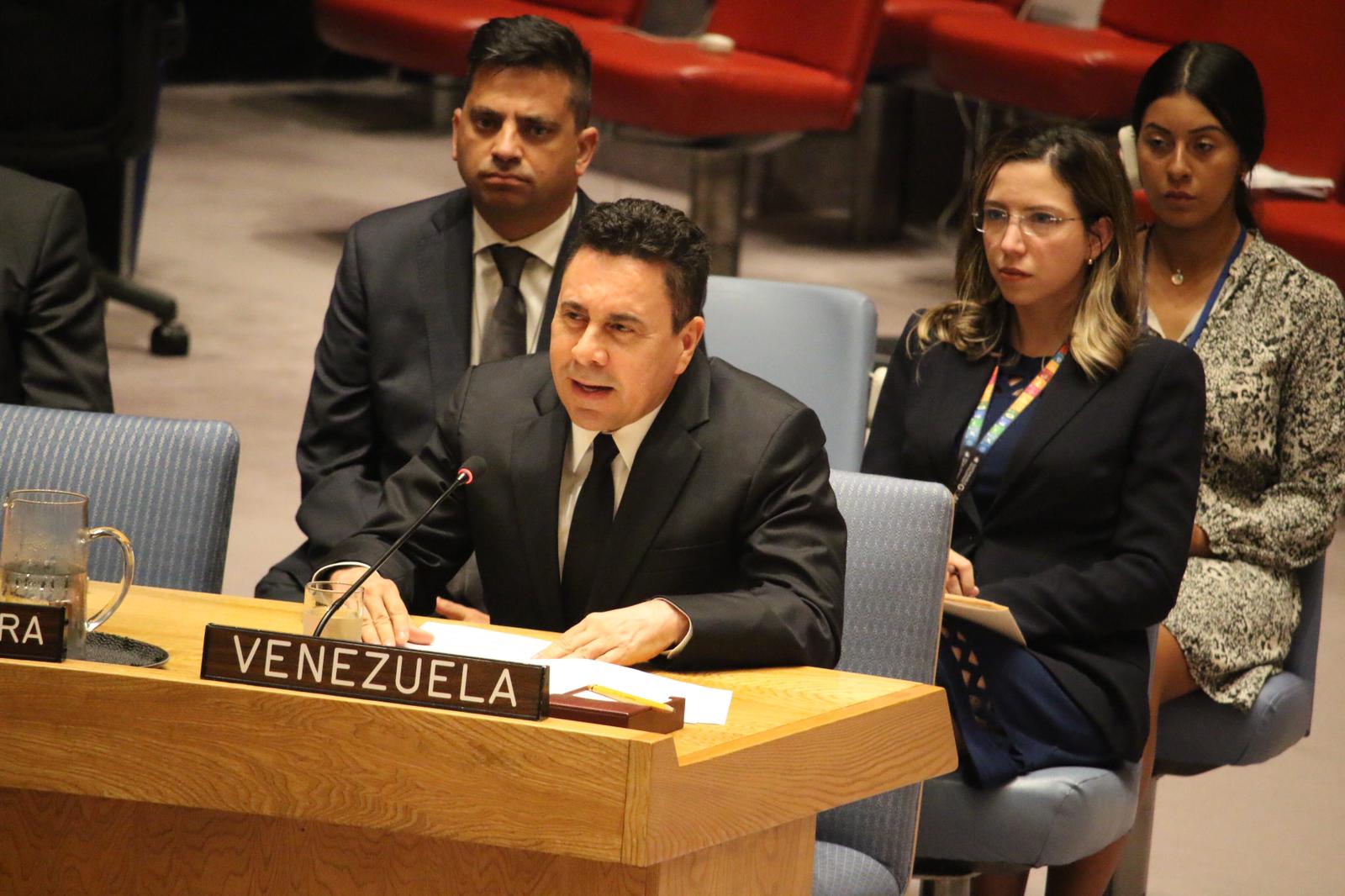 During an Open Debate of the United Nations Security Council (UN) on armed conflicts and their effects on the civilian population, the permanent ambassador of the Bolivarian Republic of Venezuela, Samuel Moncada, denounced the constant war threats by the United States against the South American country.

“The Government of Donald Trump for the last two years has been dedicated to planning a war against Venezuela through the economic blockade, the looting of our wealth, sabotage in food purchases; and continues with increasingly serious actions”, he said.

In this sense, the Venezuelan diplomat condemned the threats, which after the failed coup of April 30, have been intensified and endangered Venezuela’s air safety by ordering the US spy ships “with more than 55 incursions in the region of flight information controlled by Venezuela”, without informing its intentions and claiming the use of force.

He also rejected the recent statements issued by the President of the United States, who intends to impose a naval, maritime blockade. “That is illegal, that measure exists in article 41 of the Charter of the United Nations and is applied only with the authorization of the Security Council to countries that have broken the peace, committed aggression or is a threat to peace. In this case, Venezuela has not broken the peace, committed any aggression or represents a threat to peace, but the US is committing them”.