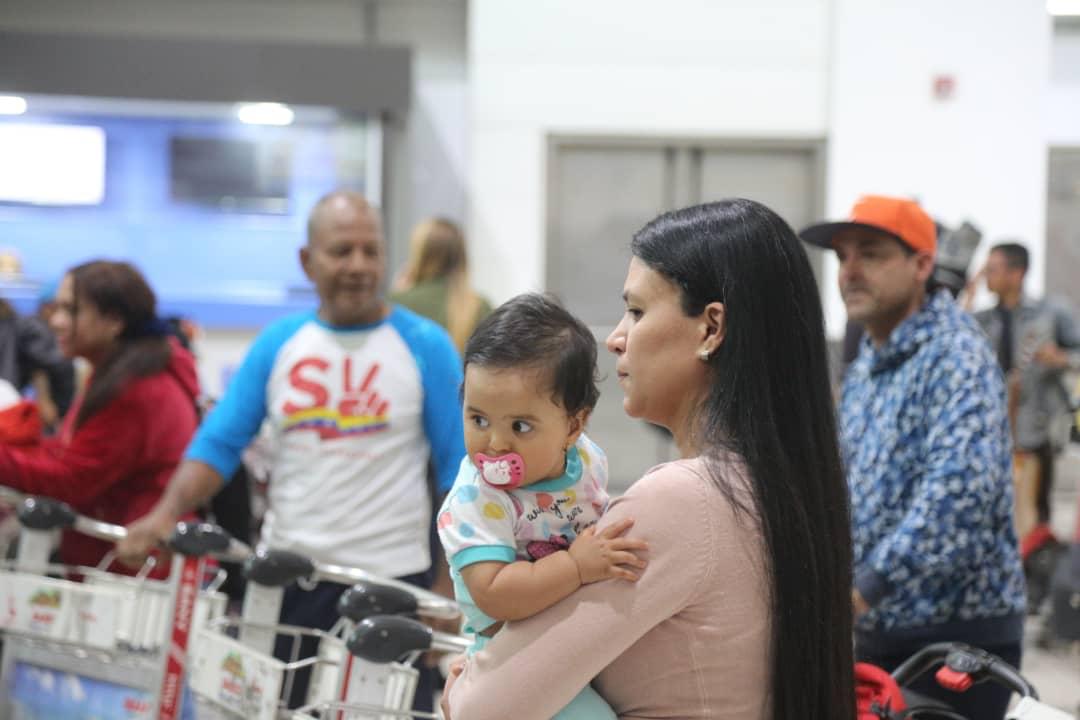 With the dream and the hope of returning to their homeland, 90 Venezuelans were received on Tuesday by a delegation from the Foreign Ministry of the Bolivarian Republic of Venezuela, at the Simón Bolívar International Airport of Maiquetía, after having settled for a certain time in the Republic of Ecuador.

During the arrival of flight number 33 of this day, the returnees expressed the different experiences lived during their stay in Ecuador, among them, the constant episodes of xenophobia and not having been able to obtain a decent job with social protection such as those offered in Venezuela without discrimination.

Kelly Guevara, a young native of Mérida, lived approximately three years in Quito with the aim of achieving economic stability. However, when she arrived in the South American country she realized that her reality was not as expected, having to sell sweets in the streets and sometimes work in nightclubs that allowed her to obtain little income to survive with her three-year-old daughter.

The despair of returning to her country disappeared when she saw that the Bolivarian Government would allow her to return for free. After her arrival, she thanked President Nicolás Maduro for taking the initiative to create a Plan “that allows Venezuelans to return to their home in the company of their relatives”.

Meanwhile, the 27-year-old Libny Hernández explained the complications she had, during her one-and-a-half year stay, to obtain a decent job which led her to work informally selling empanadas and as she was pregnant, she received rejection and mistreatment from the Ecuadorian inhabitants, which prompted the Venezuelan to return to the land that saw her born.

She urged Venezuelans based in other countries with similar situations to “have the certainty that the Revolution will provide them with the help they need to return to their country and be with their loved ones”.

A total of 15,201 Venezuelans have returned to the country thanks to the Plan Vuelta a la Patria, which will be given continuity as part of the support and protection provided by the National Government to their fellow citizens.