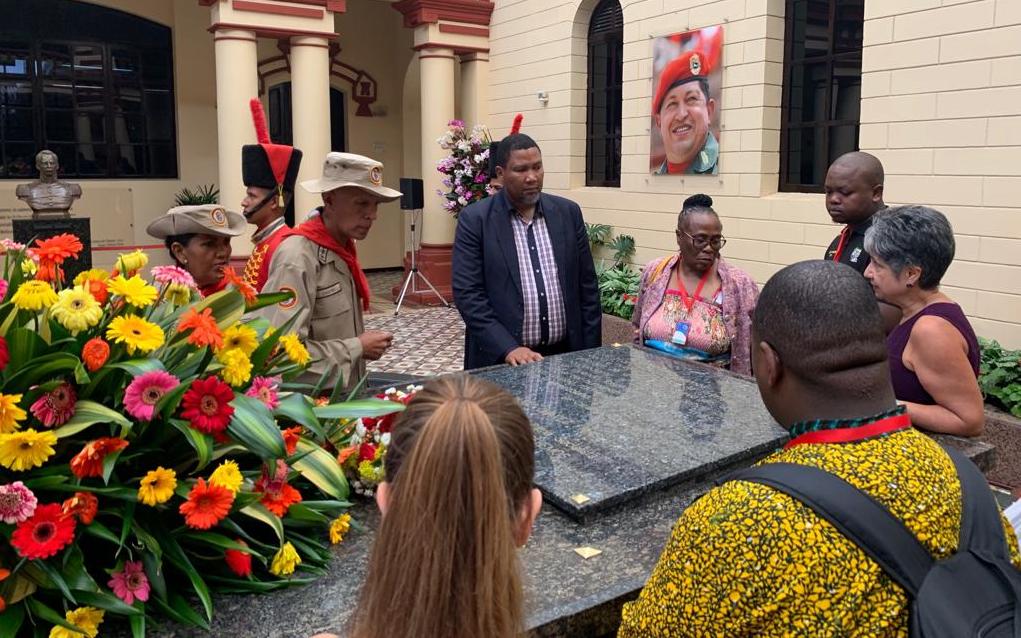 As part of the simultaneous activities carried out by Zwelivelile Mandlesizwe, South African activist, politician, and grandson of Nelson Mandela in Venezuela, he visited on Sunday the Cuartel de la Montaña 4F, in the January 23 parish, Caracas, on the occasion of commemorating 65 years of the birth of Commander Hugo Chavez.

In this sense, Zwelivelile “Mandla” Mandela, toured the facilities of Cuartel de la Montaña 4F, where he learned a little more about the legacy and planting of Commander Hugo Chávez.

In turn, he learned firsthand a little more about the history of the revolutionary leader, as well as his struggle for sovereignty, not only for Venezuela, but also for the Latin American and Caribbean region, and his battle against imperialism.

Zwelivelile “Mandla” Mandela, also participates in the XXV Sao Paulo Forum, an annual meeting that began on July 25 and will end this Sunday, July 28.