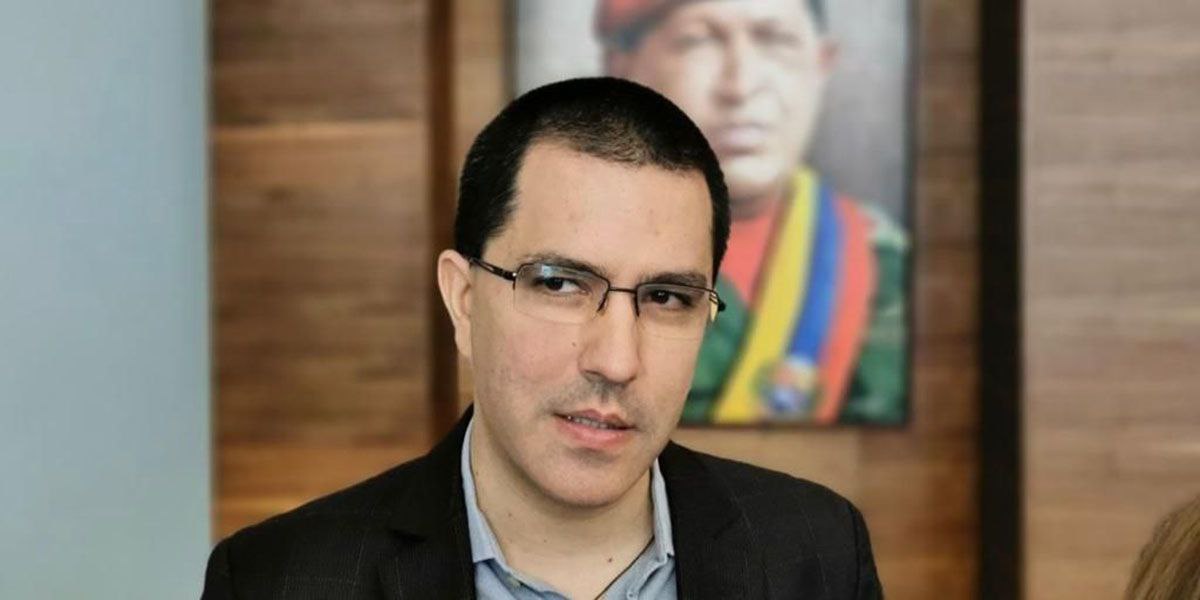 Foreign Minister Arreaza: Commander Chavez is a reference for the Revolution and the world left-wing

The Foreign Minister of the Bolivarian Republic of Venezuela, Jorge Arreaza, on Sunday highlighted the wise, pertinent and timely decision of the world left-wing to make the XXV edition of the Sao Paulo Forum on Venezuelan soil.

“I think it was a wise decision, which was taken last year in the edition of Forum number 24 in Cuba, which will move to Venezuela this year”, said Minister Arreaza in statements to the press, while waiting to receive the president of the Republic of Cuba, Miguel Díaz-Canel at the Simón Bolívar International Airport in Maiquetía.

Chavez as a key piece of the world left-wing

Foreign Minister Arreaza also extolled the boldness of Commander Chávez of wanting to convene an ‘Internacional House’- socialists of the world – to rescue socialism from its purest essence and to re-adapt it to these historical times. He pointed out that the Leader of the Bolivarian Revolution “is a reference for the Revolution and for the world left-wing”.

“For the Venezuelan people today is a day of happiness, of privilege for having had him, but for the Cuban people too, for the peoples of our America”, said the Foreign Minister in reference to Commander Chávez’s 65th birthday.

On the aggressions exerted by the United States government against Cuba and Venezuela, Minister Arreaza said that every day there is a declaration or a threat, and even concrete actions to harm both countries.

“It is an unusual aggression, in addition to violating any principle of International Law, of civilized relations between peoples (…) absolutely out of place, I would say, wild”, said the Venezuelan Diplomat.

The Foreign Minister said that the attacks against the revolutionary ideology by the Trump administration are because “they realize that it is the great project, it is unity, it is the Alba and beyond the Alba, it is the unity of the peoples of Our America, it is the original project, it is the Great Homeland”.

In that sense, he said that the sanctions rather help strengthen and seek their own and creative ways out of the US-label aggression.

Foreign Minister Arreaza finalized his statement to the media commenting about the “immense responsibility that means to carry the voice – in matters of foreign policy – of Venezuela since the fate of the peoples and Our America is decided”.

“There, President Maduro has standed  firmly, with bravery, and if he can, we are all obliged to be able to … whoever has doubts, it is better for him to get off the ship, we no longer want to see more traitors”, he said.

He also highlighted the commitment to dialogue between the Bolivarian Government and the opposition.

“We bet on the dialogue, the peace of Venezuela and hopefully there will be a rectification from the actors of the Venezuelan right and the administration of Donald Trump”.