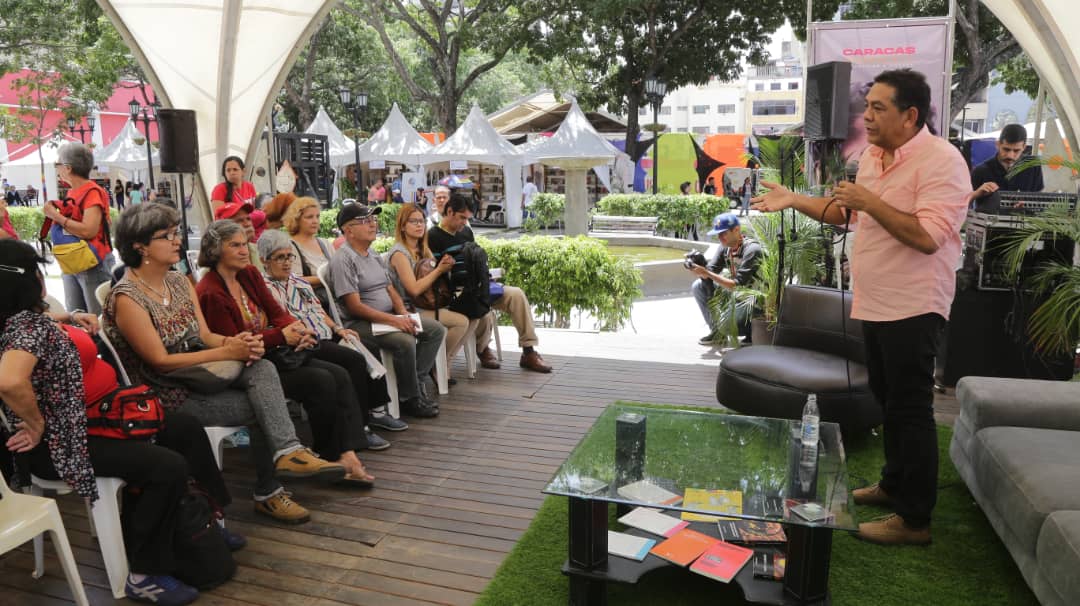 Vice-minister Castillo: Venezuela is the retaining wall against imperialism and that is the reason for the blockade

The Vice-minister of International Communication of the People’s Power Ministry for Foreign Relations, William Castillo, denounced on Saturday that “the United States government is applying a broad-spectrum war against the Venezuelan people and government, creating a series of illegal unilateral blockades and sanctions in order to justify an intervention in the country”.

These statements were made during the “Effects of the Economic Blockade Against Venezuela” forum, on the occasion of the tenth edition of the Caracas Book Fair, where he also explained how the health and food of all Venezuelans are affected by preventing the payment or purchase of products necessary for life.

Also, the Vice-minister said that since the arrival of Commander Chávez to the presidency, “Venezuela is the retaining wall against imperialism and that is why we live today the economic blockade, to which President Nicolás Maduro has sought different solutions to economic problems, such as the Local Supply and Production Committee (Clap)”.

On the other hand, Vice-minister Castillo called on those present to raise awareness of the efforts that the Bolivarian Government is making every day for the welfare of the people.

Finally, he expressed that “to develop a Revolution, peace is necessary, and in order to obtain peace we must dialogue, and in this way work for the development and progress for the country. That is why the National Government and the Venezuelan opposition hold a dialogue and negotiation table in Oslo, Norway, for the peace and well-being of the people, highlighting that President Maduro has always called for dialogue”.