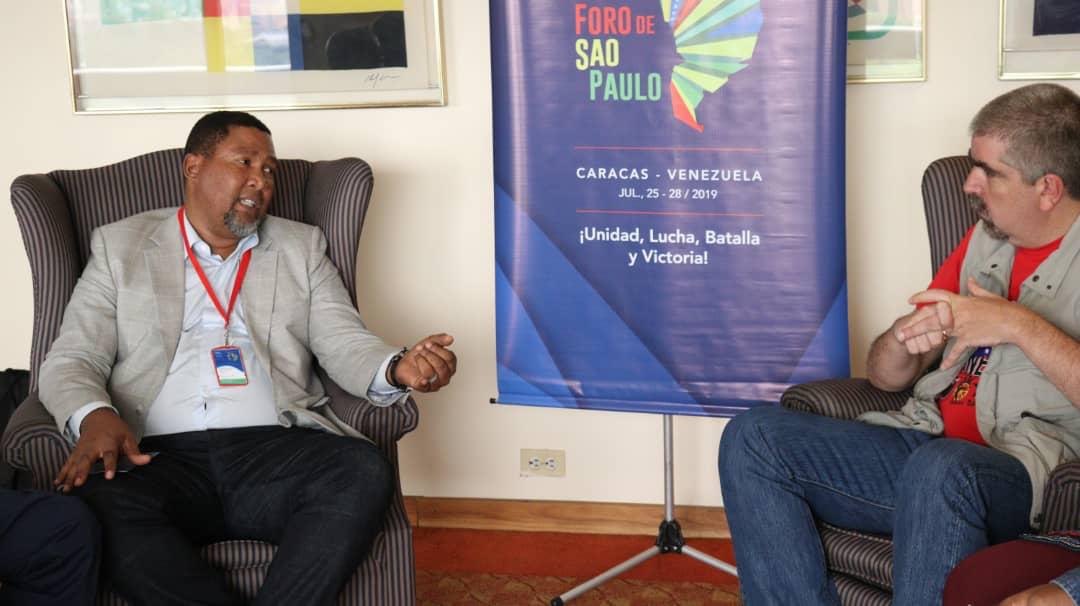 The Vice-minister for Africa, Yuri Pimentel met this Saturday with South African political activist and Nelson Mandela’s grandson, Zwelivelile Mandlesizwe, who is in Caracas, Venezuela, to participate in the XXV Sao Paulo Forum. This meeting was also attended by the Ambassador of the Republic of South Africa in Venezuela, Joseph Nkosi, as well as members of the African National Congress (ANC) were present. For his part, Mandlesizwe pointed out that South Africa would not be a free nation today without the global support that made possible the exit of the apartheid regime. He also indicated that Nelson Mandela left his mark on South African politics, as well as Commander Chávez in Venezuela.

In this regard, Vice-minister Pimentel said that the Bolivarian Government and the Venezuelan people appreciate the support that South Africa has provided, a country that has stood firm against the threats of US imperialism.

To end this meeting, the Vice-minister for Africa said that “The open veins of Latin America” ​​by Eduardo Galeano is a fundamental text for the understanding of socio-political situations in the region.