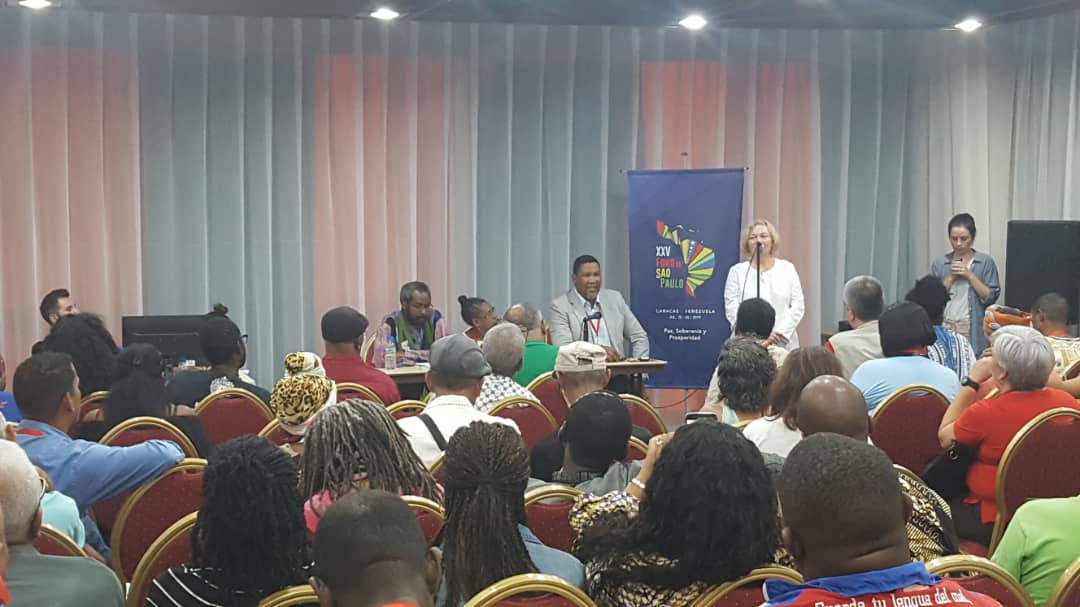 The South African activist took the opportunity to tell how he met his grandfather, Nelson Mandela, who by then had never seen his grandson, because he was born when he was deprived of liberty. It was precisely in the prison where this first meeting between grandfather and grandson took place, which became a decisive moment, because from there Zwelivelile Mandlesizwe set out to follow Mandela’s footsteps, a path that has led him to continue his anti-imperialist struggle .

On behalf of the Juan Ramón Lugo Afro-Revolutionary Movement, activist Chucho García said that “Mandela is a fighting agenda that is the same agenda that we carry out for peace, which was what Mandela achieved during his presidency in South Africa, he managed to unite the South African people”.

Finally, García also pointed out that this activity was very significant because he claimed an agenda between Africa and the diaspora in Latin America and the Caribbean.