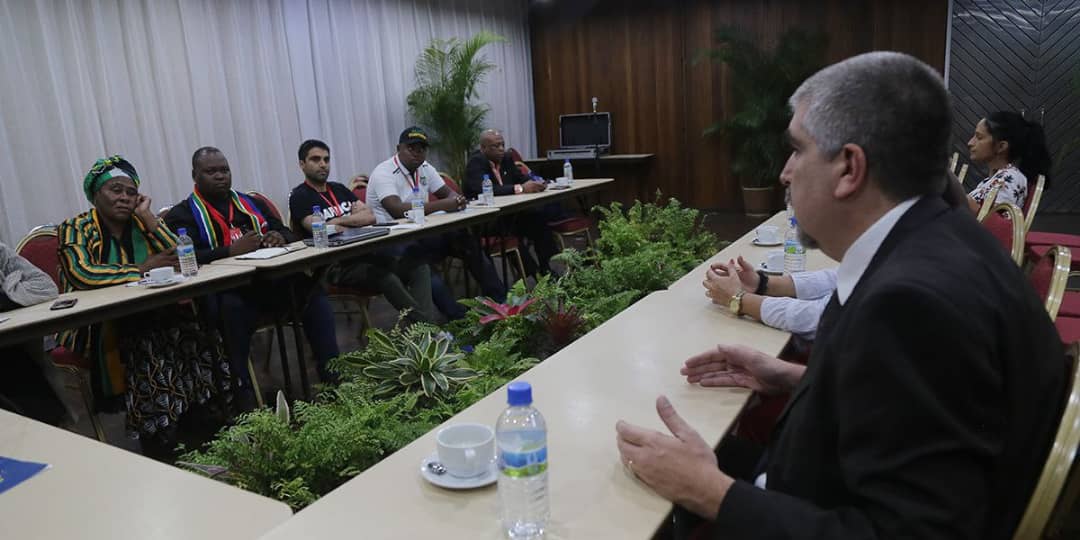 On the occasion of the XXV edition of the Sao Paulo Forum, in Caracas, the Vice-minister for Africa of the People’s Power Ministry for Foreign Relations, Yuri Pimentel, held a productive meeting with representatives of the African National Congress, the Communist Party of South Africa and the South African Communist Youth attending the event.

During the meeting, the Vice-minister explained how the economic blockade is seriously affecting the lives of all Venezuelans by preventing the purchase of food and essential medicines to continue treatments in patients who are in serious health condition.

He also informed that during the visit of the United Nations High Commissioner for Human Rights (UN), Michelle Bachellet, concrete evidence on the impact generated by the unilateral coercive measures imposed by the US government, to promote a regime change by force regardless of whether the Venezuelan people pay the consequences, was presented to her.

During the day, the Venezuelan diplomat also met with the delegation of the Sahrawi Arab Democratic Republic, headed by the Minister for Latin America and the Caribbean of this country, Mansor Sidi Mohamed Hamu, and in the same way clarified the truth of Venezuela before Imperial attacks.