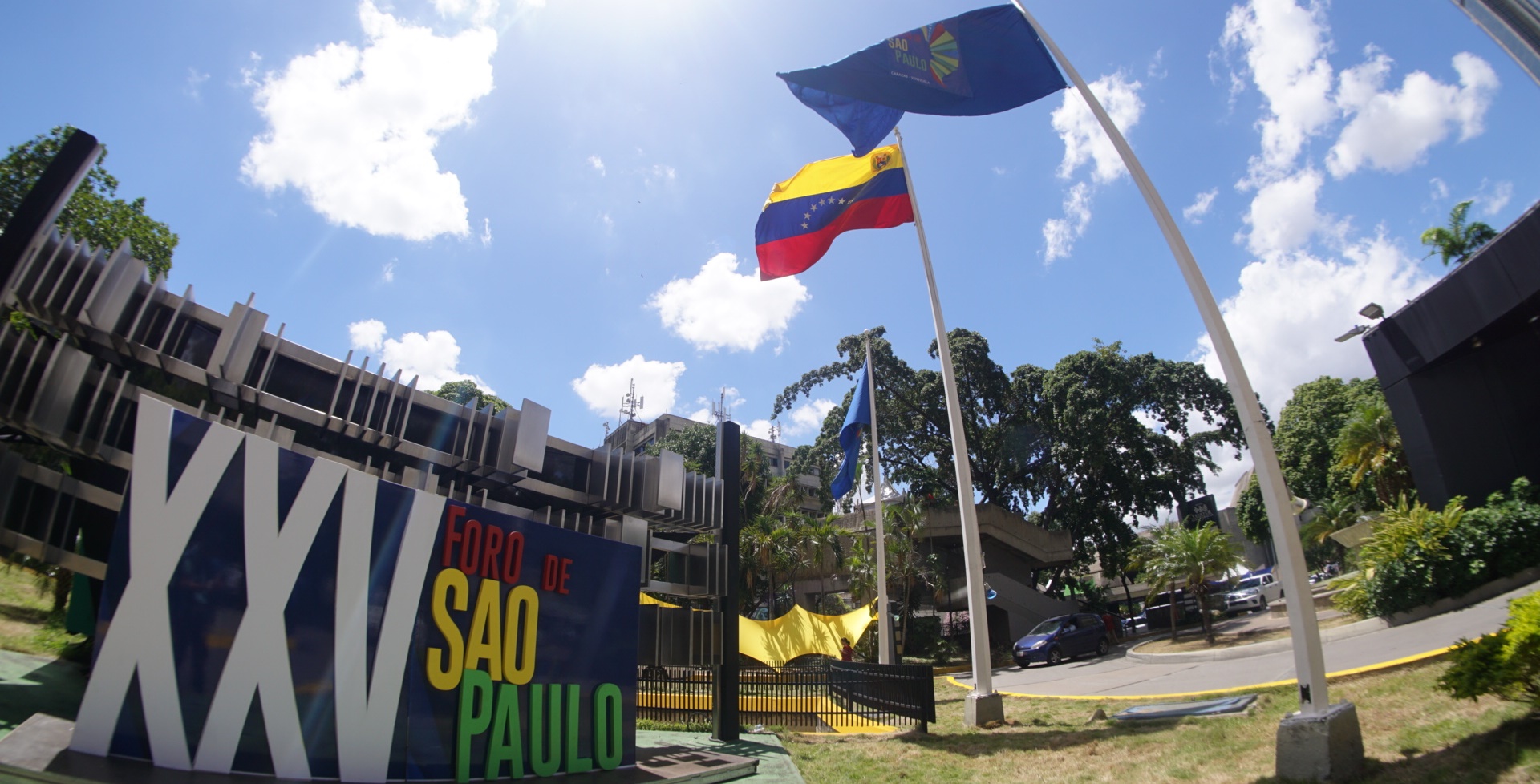 Sao Paulo Forum: A social articulation against the advance of neoliberalism

With the participation of delegates belonging to more than 120 left-wing parties and social movements from Latin America, the Caribbean, Europe, Asia, North America and Africa, the XXV Edition of the Forum of Sao Paulo under the motto “For Peace, Sovereignty and Prosperity of Peoples” is held in Caracas.

An event where participants are expected to debate the consequences generated by neoliberal policies such as: The increase of poverty, threats to democracy and the economic, political, social and even military interference that some countries are going through.

The organizations will also join their voices to demand respect for the sovereignty of the people, reaffirm their support for the government of President Nicolás Maduro, demand the release of the former president, José Ignacio Lula Da Silva and reject the continued attacks of the US empire.

What is the Sao Paulo Forum?

The Sao Paulo Forum is a platform made up of left-wing political parties in Latin America and the Caribbean.

After the fall of the Berlin Wall and the collapse of the socialist bloc on the European continent, the international and regional scenario implied great challenges for the continental left that at that time only ruled in Cuba.

It is founded by the Workers Party of Brazil in 1990 to discuss strategies to be undertaken in the face of the neoliberal policies applied by most governments in the region. The first Sao Paulo Forum took place in this city.

The arrival of the presidents; Hugo Chavez in Venezuela in 1998; Lula da Silva, Brazil in 2002; Néstor Kirchner, Argentina in 2003; Evo Morales, Bolivia in 2005; Rafael Correa, Ecuador in 2006 to the power; as well as the return to power of the Sandinista National Liberation Front (FSLN) in Nicaragua, and the subsequent electoral victories of the Broad Front in Uruguay, strongly enhanced the Sao Paulo Forum until it became a true counterweight to the so-called thought tanks of the Latin American right.

Attributions of the members

When articulating common strategies and agendas, the Latin American members of the Sao Paulo Forum have a voice and vote. The delegations that participate in representation of other regions of the world have a voice in the plenary, but not a vote, a right that they can exercise within the framework of the special commissions.