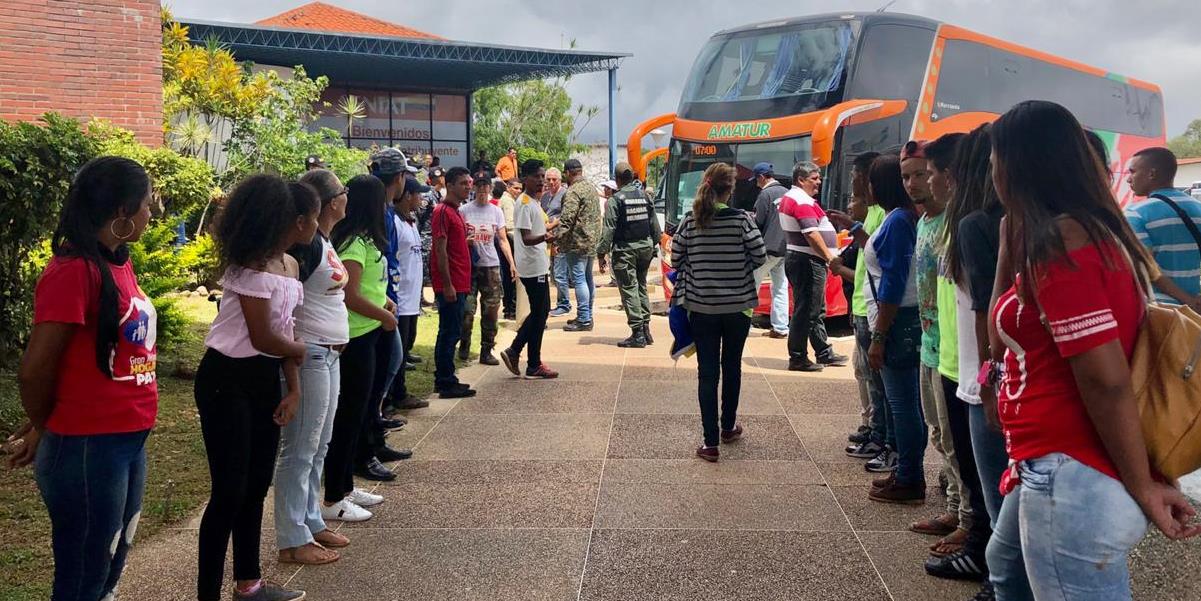 This Friday, the Bolivarian Government activated again a day of the Plan Vuelta a la Patria. By land. the safe return of 140 nationals, who under false promises of a “better” life arrived at the towns of Manaus and Boa Vista, in the Federative Republic of Brazil, was facilitated.

For the transfer of the nationals, the Government of the Bolivarian Republic of Venezuela had three buses and an ambulance, and the health cases were treated in Santa Elena de Uairén, Bolívar state, a Venezuelan city located on the northern border of Brazil.

For his part, the Venezuelan consul in Boa Vista, Faustino Torella, indicated that many of the citizens who return to the country today were in a street situation, since in Brazil refugee protocols were applied, nevertheless no roof, nor minimum conditions for their stay in the country were given to them.

Since the launch of the Plan Vuelta a La Patria, the return of more than 15,000 Venezuelans has been managed, and more than 7,000 compatriots have been repatriated from Brazil.