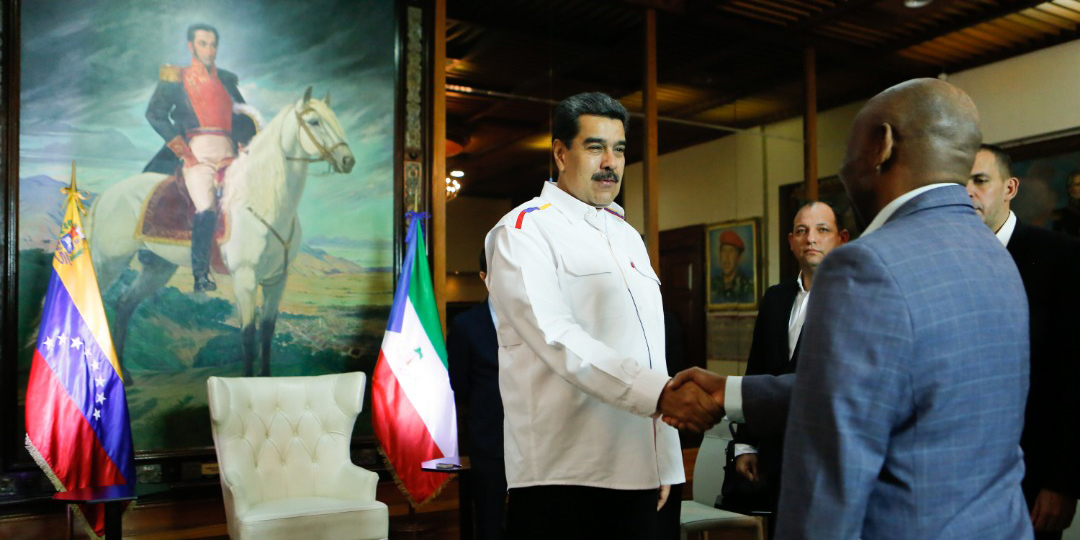 Ministry of Defense, Caracas.- With the common vision of expanding the bilateral agenda and brotherhood ties, the president of the Bolivarian Republic of Venezuela, Nicolás Maduro Moros, held a meeting with the Delegate Minister of Foreign Affairs and Cooperation of Equatorial Guinea , Bonifacio Mitogo.

The high-level meeting – which was held this Wednesday in Caracas – has resulted in a productive exchange of ideas between the parties, during which a series of agreements has been explored and settled in two fully identified work tables of educational and cultural; mining and hydrocarbons and migratory matters, telecommunications and air transport, within the framework of the I Intergovernmental Joint Commission.

This meeting strengthens diplomatic relations, ties of friendship, respect and cooperation in various areas of common interest, through a work day that allows to project a common development between both nations within the framework of the Bolivarian Diplomacy of Peace that breaks the imperialist hegemony.