With the common vision of expanding the bilateral agenda and the brotherhood ties, the First Joint Cooperation Commission between the Bolivarian Republic of Venezuela and the Republic of Equatorial Guinea is held on Tuesday in Caracas.

The high-level meeting has resulted in a productive exchange of ideas between the parties, during which a series of agreements on educational and cultural matters have been explored at two fully identified working tables; mining and hydrocarbons and migration issues, telecommunications and air transport.

Within this framework, the agreements to be signed between the two countries have been agreed and other proposals that the teams of the two governments will evaluate have been presented.

For its part, the Equatorial Guinean representation is directed by the Delegate Minister of Foreign Affairs and Cooperation, Bonifacio Mitogo, and also made up of that country’s ambassador to Venezuela, Carmelo Micha Nguema.

Among the issues addressed during the bilateral meeting, cooperation in education matters, as well as the area of ​​oil and mining are worth notice.

“There are numerous areas of cooperation in university matters, in education (…) we are working on issues such as transportation and air service, visa suppression, recognition of university degrees (…) as well as in the oil and mining area”, said Vice-minister Pimentel.

Likewise, the Venezuelan Diplomat stressed that cooperation has been consolidating over the years between both countries, as part of the legacy of the leader of the Bolivarian Revolution, Hugo Chávez.

“It is a work that has been done for a long time and now rewards us with that need to continue the instruction and legacy of Commander Chávez, in the need to advance in the unity of the peoples of Mother Africa, in this case with Equatorial Guinea”, added the Vice-minister.

It should be noted that Minister Mitogo, who held a meeting on Monday with Foreign Minister Jorge Arreaza, traveled to Caracas in the context of the Ministerial Meeting of the Coordination Bureau of the Non-Aligned Movement, which was held in the Venezuelan capital this July 20 and 21. 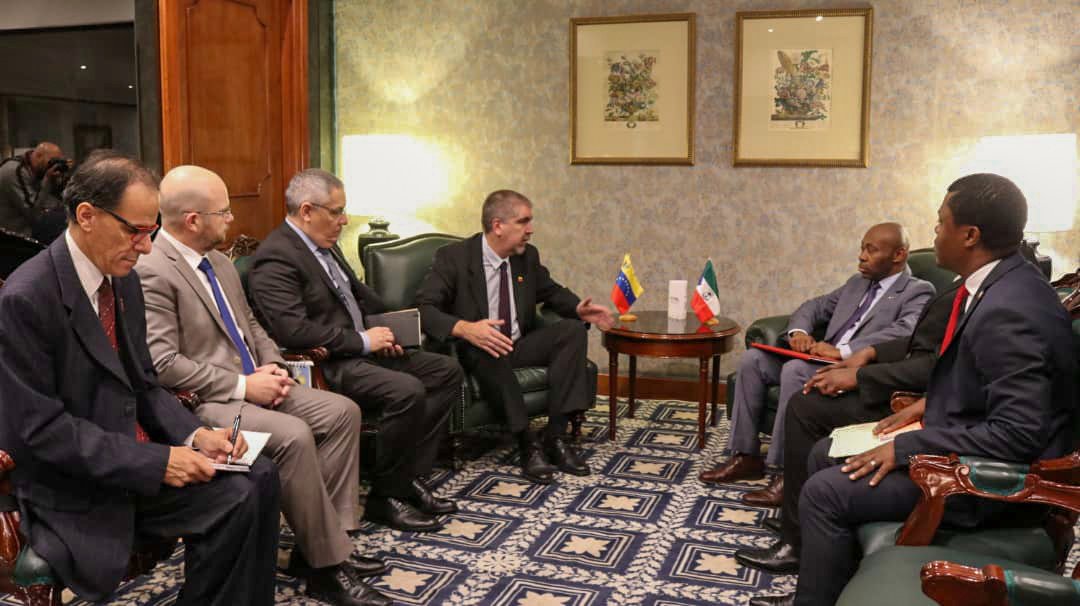