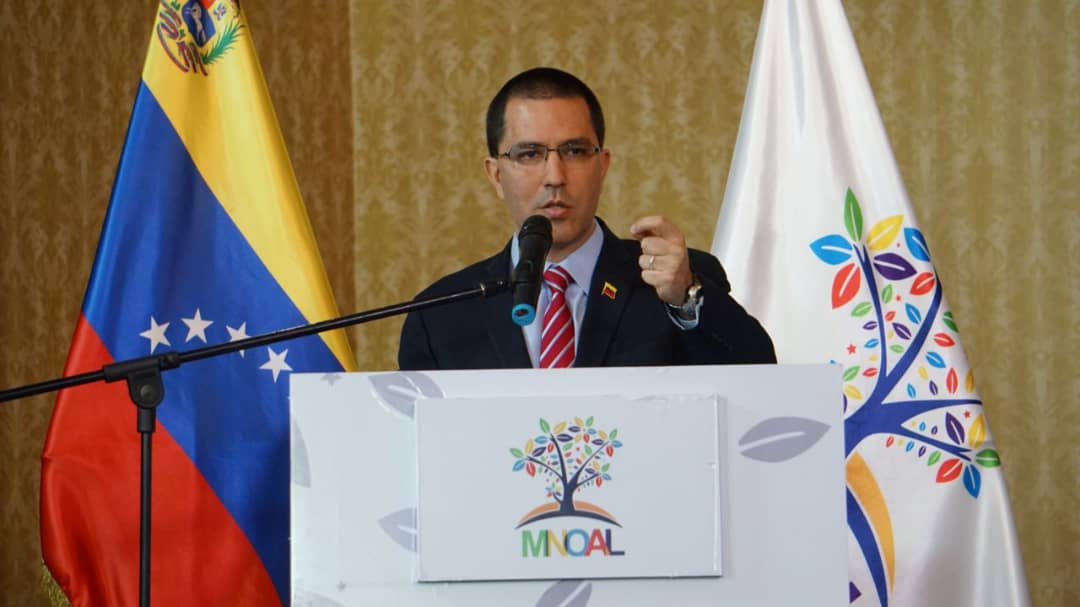 Foreign Minister Arreaza: The US hides its plans of political aggression behind false humanitarian crises

During the press conference offered on Monday by the Foreign Minister of the Bolivarian Republic of Venezuela, Jorge Arreaza, to address the balance of the results obtained at the Ministerial Meeting of the NAM Coordination Bureau. It was reported that since September last year they have held Various conversations with the Secretary General of the United Nations, Antonio Gutérres to facilitate, through the international organization, the entry of the supposed humanitarian aid that the US government wishes to send to the Venezuelan people.

However, the Popular Power Minister for Foreign Relations reported that no response has been received from the Donald Trump Administration nor an action plan to coordinate its delivery.

“But they don’t have a dollar yet, nor do they show the plan (…), it was shown on February 23 in Cúcuta that it was a falsehood, a preset media plan that had elements with Latin American presidents and politicians from the USA. We do not deny that there are difficulties in our economy, as a result of financial persecution, but perhaps the donors do not want to donate”, he said.

It is necessary to highlight that at the beginning of this year a media campaign was created to boost the entry by force of a humanitarian aid from the United States that did not meet the necessary requirements, nor the standards to be classified as legal. Days later a coup plan that included the overthrow of President Nicolás Maduro Moros was discovered.

These actions leave in evidence their plan of political aggression against the country and his disinterest in the Venezuelan population.

“It seems that it was really a great media operation, they are not interested in Venezuela. What the United States has to do is not to be playing, nor trying to prove false humanitarian crises to politically attack a country, but to lift those sanctions and allow us to use our resources”, he emphasized.

He recalled that Citgo’s resources exceed 30 billion blocked dollars and that the Western financial system cannot be used to buy food and medicine abroad, “after concluding agreements with other countries that do not believe in those actions, the problems begin on the freight, the insurance, the shipping company, everything is used so food and medicine do not arrive in Venezuela”.