Foreign Minister Arreaza: Ministerial Meeting of the NAM Coordinating Bureau was a success despite US pressures - MPPRE
The Foreign Minister of the Bolivarian Republic of Venezuela, Jorge Arreaza, confirmed the success of the Ministerial Meeting of the Coordination Bureau of the Non-Aligned Movement (NAM), which was held in Caracas on July 20 and 21 under the slogan “Promotion and Peacebuilding through Respect for International Law”. At a press conference from the Casa Amarilla Antonio José de Sucre, where he offered a balance of this important international meeting, the diplomat stressed the attendance of the delegations of the 120 States parties to the organization, as well as the representatives of invited international organizations; from observer countries; and senior officials of the People’s Republic of China and the Russian Federation, who were especially invited to Venezuela, despite the pressures that some countries were subject to. “This meeting in Caracas was a victim and subject to pressure from the US diplomacy, some delegates received pressure in their capitals and also in New York, where the Bureau of the NAM works, so that they did not come to Venezuela to make presence in this ministerial meeting”, he denounced. However, the Venezuelan foreign minister stressed, that the war and unilateralist diplomacy had totally failed. “We have to celebrate a lot because in this turbulence in the international system we were able to fully comply [with the meeting]. The NAM did not ask for anything else but that the principles and purposes of the Charter of the United Nations and international conventions, be respected, all what humanity has give in legal matters to healthily coexist. It was a success”, he expanded. The People’s Power Minister for Foreign Relations also stressed the recognition of the delegations towards the leadership of President Nicolás Maduro and Venezuela in the NAM. On the other hand, he referred to the documents adopted unanimously during the Ministerial Meeting in favor of multilateralism and in defense of the most basic principles of international law. Presidency of Venezuela In his meeting with the media, Foreign Minister Arreaza synthesized the results of Venezuela in the exercise of the presidency of the NAM, which was assumed during the XVII Summit of the agency in September 2016. In the midst of the difficulties he said, after referring to the destabilizing maneuvers and attempts of coup d’etat and assassination in the Latin American country, that Venezuela could not only keep the NAM alive but also revitalize it and start a new stage. In this regard, he stressed that the Unesco Movement has been activated; the agency has been strengthened in Vienna, Rome and The Hague; and celebrated – in addition – the declaration at the United Nations of the Day of Multilateralism and the Diplomacy of Peace, on April 24, at the initiative of the Bolivarian Republic since its presidency of the NAM. The diplomat also referred to the New York Political Declaration that the block adopted in 2017 against unilateral coercive measures, as well as the creation of a group of countries in defense of the Charter of the United Nations and international law. Concrete actions The Venezuelan Foreign Minister announced, in this context, the creation of a NAM working group that will continuously focus on analyzing the impact of unilateral coercive measures and seek concrete alternatives to address them. “Maybe we will go to the International Court of Justice to denounce, to request legal interpretation on the decisions that, in matters of economic terrorism, the government of the United States of America has been undertaking”, he said. From the meeting in Caracas, he highlighted the support of the member States for the candidacy of Venezuela for the United Nations Human Rights Council; the appreciation and recognition to the leadership of the government of President Nicolás Maduro; the support for the Venezuelan delegation to the UN; the condemnation of unilateral coercive measures imposed on Venezuela; as well as the rejection of the block to the attempted assassination executed in Caracas on August 4, 2018 against the life of President Maduro. Similarly, he valued the motion aproved at the meeting in support of the political dialogue in Venezuela, the mediation of Norway and the latest talks between the delegations of the national government and the opposition, which have taken place in Barbados. Foreign Minister Arreaza said that Venezuela cannot be isolated despite all the actions taken by the White House. “Venezuela will continue to be a leader of South-South cooperation, the NAM and of a future of peace for humanity”, he added. 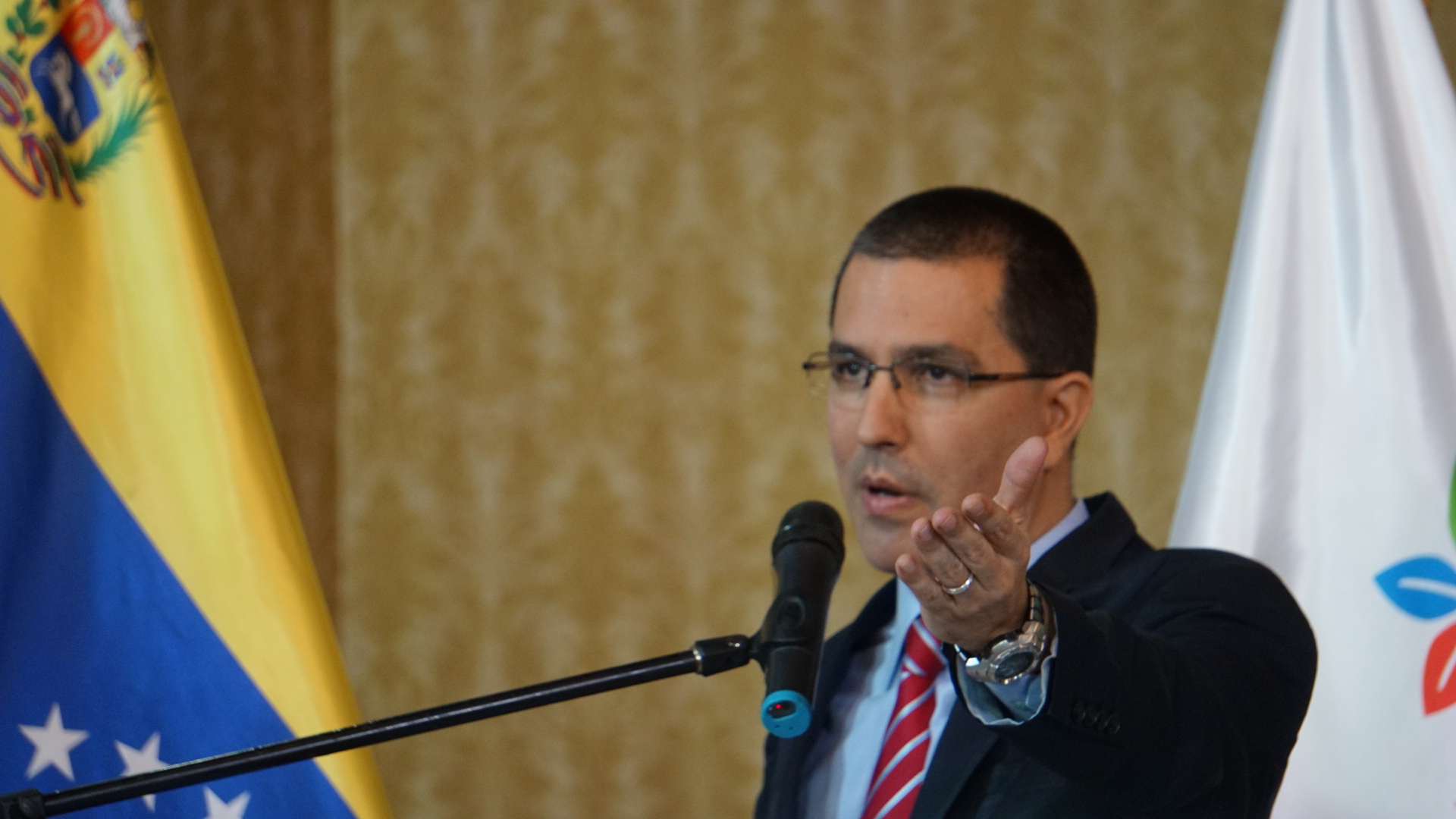