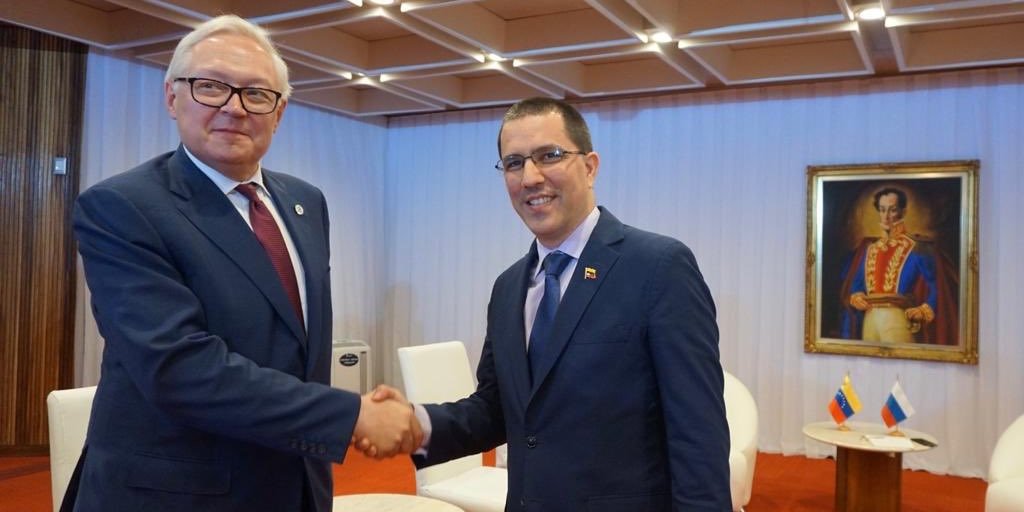 In the framework of the Ministerial Meeting of the Coordination Bureau of the Movement of Non-Aligned Countries (NAM), the Foreign Minister of the Bolivarian Republic of Venezuela, Jorge Arreaza, held a meeting this Sunday in Caracas with the Russian Vice-minister of Foreign Affairs, Sergey Riabkov.

The meeting was propitious for the two diplomats to evaluate the comprehensive cooperation agenda maintained by Caracas and Moscow in various areas.

The Vice-minister of Foreign Affairs of Russia traveled to Venezuela to attend the Ministerial Meeting of the Coordination Bureau of the NAM, which was held in the Venezuelan capital.

This Saturday, the Russian diplomat held a meeting with the President of the Republic, Nicolás Maduro, and with the Executive Vice-president, Delcy Rodríguez.