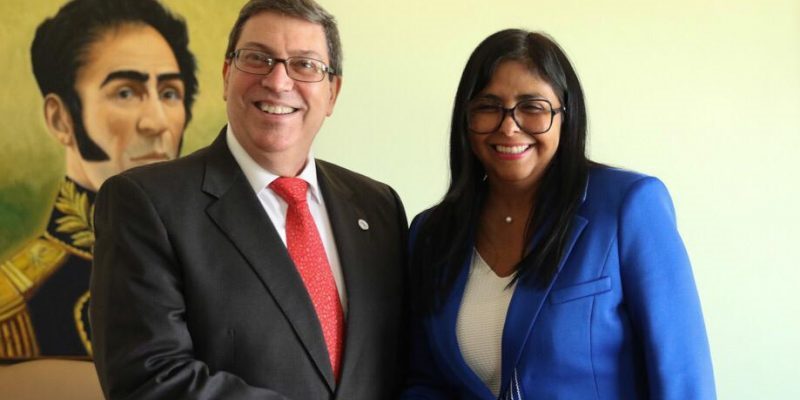 Venezuela and Cuba strengthen ties of brotherhood and cooperation

The Executive Vice-president of the Republic, Delcy Rodríguez, held a meeting with the Foreign Minister of Cuba, Bruno Rodríguez, with the objective of continuing to strengthen the ties of cooperation between both States.

This meeting seeks to advance the integration of the two nations in the face of unilateral sanctions imposed by the United States against developing countries, which impedes the enjoyment of human rights and affects all sectors without measuring the social consequences.

It should be noted that Venezuela and Cuba, as brother peoples, signed an Integration Agreement that was signed on October 30, 2000 by Commanders Hugo Chávez and Fidel Castro, which was established with the objective of providing free and quality care to the entire Venezuelan population, contributing to improve their quality of life; becoming an example of union in Latin America and the Caribbean.