Installed in Caracas Ministerial Meeting of the NAM Coordination Bureau

Under the slogan “Promotion and Consolidation of Peace through Respect for International Law”, the Foreign Minister of the Bolivarian Republic of Venezuela, Jorge Arreaza, installed this Saturday in Caracas the Ministerial Meeting of the Coordination Bureau of the Non-Aligned Movement (NAM), whose presidency holds the Latin American nation since 2016.

In his inaugural speech, the diplomat emphasized that, within the framework of the Bolivarian Diplomacy of Peace, Venezuela conceives the non-alignment within positive neutrality as a bridge towards dialogue and understanding, so that the Movement can continue to be a factor of balance in international relations.

“From this perspective, we deem necessary the configuration of efforts to contribute to the strengthening, among others, of the South-South cooperation, and of the consultation and the political agreement, so that our adopted decisions and the pronouncements issued by our leaders have a real and a positive impact on the world stage”, he suggested.

In this context, he recalled that from the moment of assuming the presidency of the multilateral organization, the Bolivarian Republic of Venezuela established three specific goals: to strengthen the cohesion of the membership of all States parties on the premise of unity in diversity; strengthen solidarity among the member States of the Movement and in the best spirit of non-alignment; and to advance in the process of revitalizing the NAM in order to reaffirm its full validity in the current international conjuncture.

Although he highlighted the progress of the organization, which groups 120 countries, the Venezuelan Foreign Minister reflected on the current challenges of the organization that are exacerbated by the policies applied by some powers that claim, from the perspective of unilateralism, to violate sovereignty and political independence of States to the detriment of peace, human rights, development and international solidarity.

In his speech, the People’s Power Minister for Foreign Relations warned about the crisis faced by multilateralism because of the threats and violations that a group of Western countries, with an increasing tendency towards unilateralism, continually carry out to the detriment of the purposes and principles enshrined in the Charter of the United Nations.

In the case of Venezuela, he denounced the illegal unilateral coercive measures imposed by the government of the United States, which violate the most elementary principles of international law.

“Venezuela, like other states, is a victim of a phenomenon marked by acts of aggression that today seek to take us back to the times of unipolarity. Our country continues to be a victim of interventionism by external powers that have not abandoned their plans to destabilize our country, in their desire to promote a change of government and establish a vassal regime to their interests”, he specified.

In this same discursive line, he denounced the prominence of the government of the United States in the coup attempts in Venezuela, as well as the threats of Washington to militarily intervene the oil country.

“They are trying to bend us for raising the flags of social justice, for firmly exercising our sovereignty, for defending our national independence; In addition, they seek to ignore our progress in fulfilling the Sustainable Development Goals”, he added.

Foreign Minister Arreaza demanded, in this forum, the lifting of all unilateral coercive measures against Venezuela, the return of the assets of the Venezuelan State, and the cessation of the commercial and financial blockade of the country. 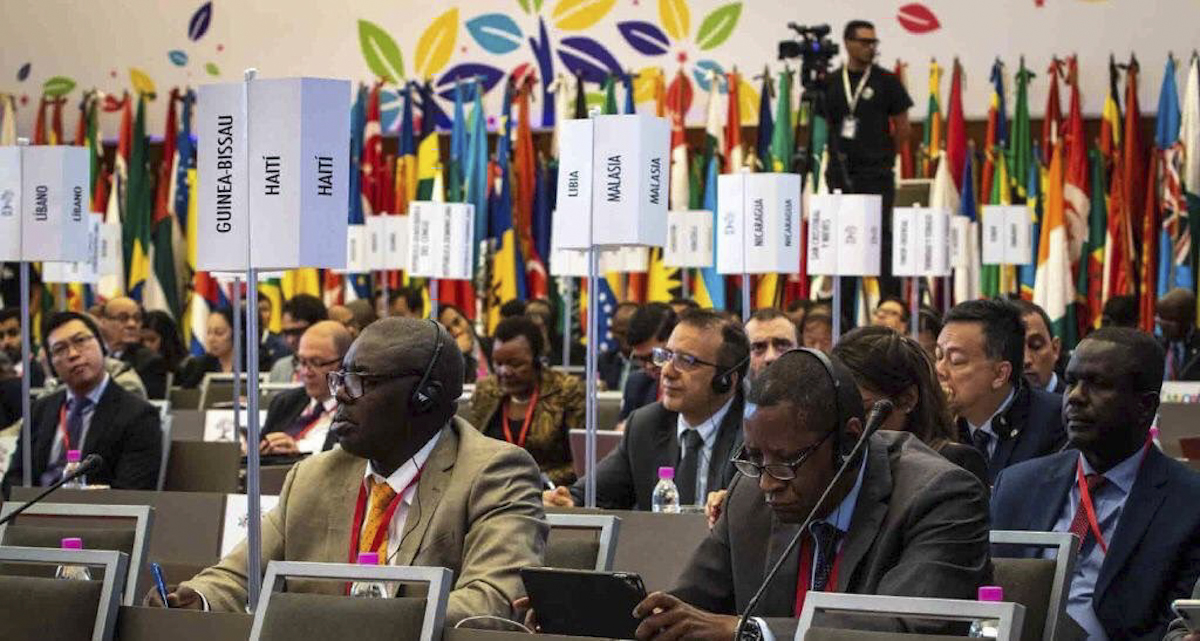