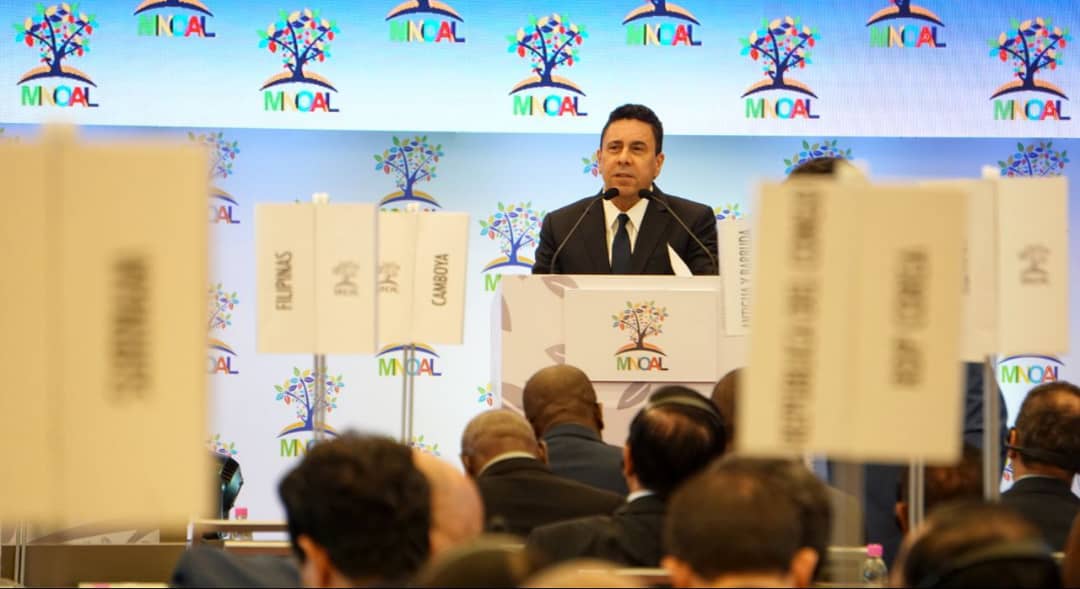 In the installation of the Ministerial Meeting of the Coordination Bureau of the Movement of Non-Aligned Countries (NAM), the Ambassador of the Bolivarian Republic of Venezuela to the United Nations Organization, Samuel Moncada, gave a summary of the work carried out during the management of the South American country as president of the international movement in the triennium 2016-2019.

“Venezuela has taken on the task of advancing the process of revitalizing the NAM, to ensure that it and its principled positions maintain their full relevance in the current international situation”, said Moncada.

He also reiterated that the objective has always been to strengthen unity and cohesion among the member states, as well as to preserve the decision-making through consensus and mutual respect.

In this regard, he stressed the importance of the Ministerial Meetings convened in September 2017 and 2018, on the margins of the High Level Segment of the United Nations General Assembly, where political statements were adopted on the enactment and implementation of unilateral coercive measures in violation of international law and the human rights of peoples and another on the defense of the Charter of the United Nations and the purposes and principles of the NAM, the latter resulted in the establishment of the International Day of Multilateralism and Diplomacy for Peace .

“Solidarity, Dialogue and Tolerance in a Diverse World: Towards a Culture of Peace”, was another High Level Meeting that renewed the commitment of the 120 Member States to the UNMAL Program of Action on Human Rights and Cultural Diversity (Tehran + 10).