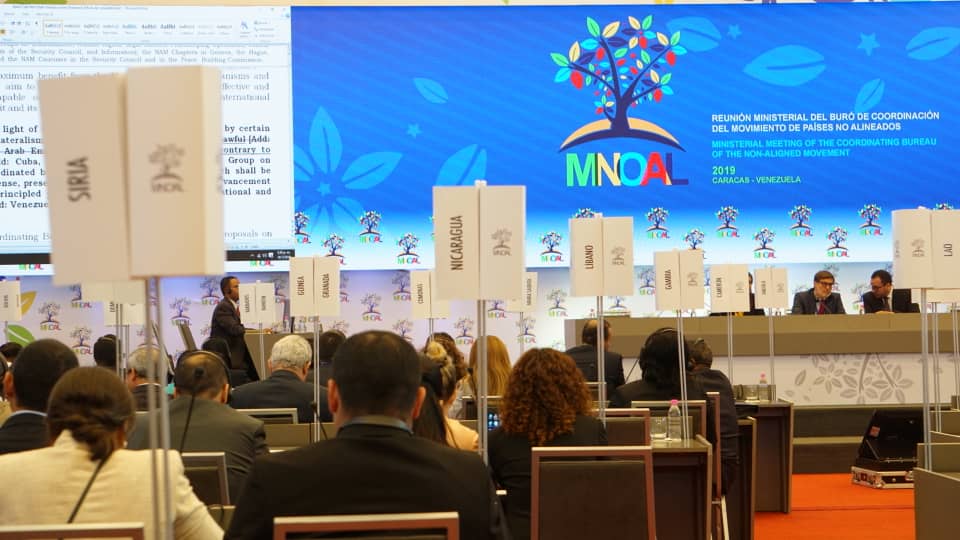 Since Thursday, at the Hotel Venetur Alba Caracas, preparatory activities have been carried out for the Ministerial Meeting of the Coordination Bureau of the Movement of Non-Aligned Countries (NAM), to be held on July 20 and 21.

During the Ministerial Meeting, it is planned to evaluate the agreements to be signed later by the heads of State next October – date of the delivery of the presidency of the NAM by Venezuela to Azerbaijan.

Under the slogan “Promotion of Peace Consolidation through Respect for International Law”, it will also advocate for the strengthening of international security, the self-determination of peoples and the rejection of interference.

It is also expected that the high officials ratify the solidarity of the NAM with the Palestinian cause, as well as the struggle for the freedom of the peoples of Africa, Asia, Latin America and other regions.