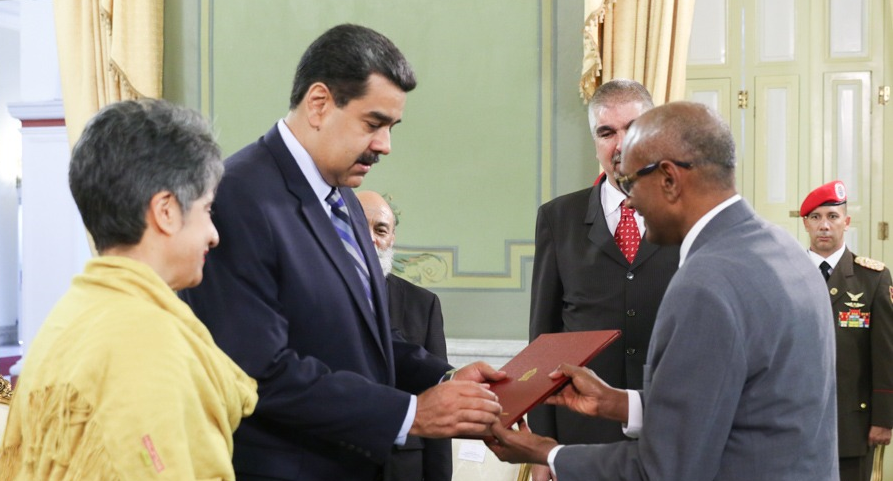 The Venezuelan Head of State and Government, Nicolás Maduro Moros, received on Thursday the credentials of the Ambassador of the Democratic Socialist Republic of Sri Lanka, resident in Cuba and concurrent to Venezuela, Aparekka Liyanagamage Ratnapala.

The diplomatic action strengthens the diplomatic relations, cooperation and mutual respect between both nations, which will allow to continue building a multicentric and pluripolar world based on the respect and self-determination of the peoples.

The Government of President Nicolás Maduro, on behalf of the Venezuelan people, condemned the terrorist attacks that occurred on April 21 in Colombo, Sri Lanka, which left more than 200 people dead and 400 injured.

“Venezuela repudiates terrorism in any of its forms and manifestations, and expresses its deepest condolences to the people and authorities of Sri Lanka, especially the relatives of the victims of this act of barbarism”, he said in a statement from the Foreign Ministry .