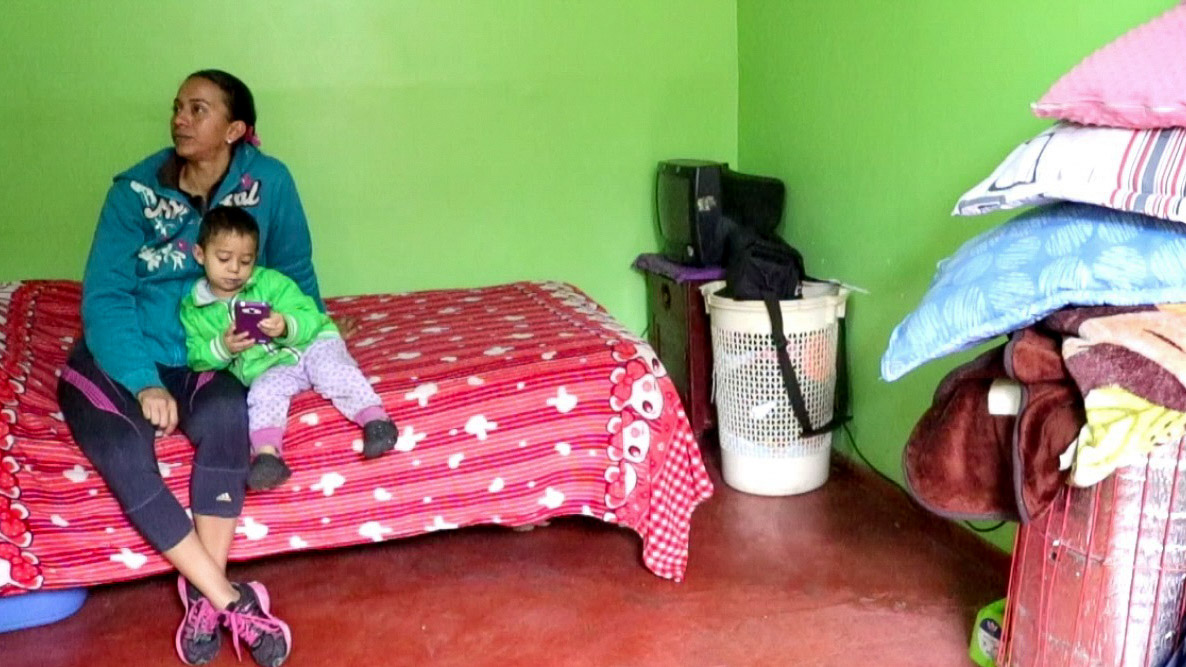 How do you live in Peru? The reality of the Venezuelan immigrant

Under the imposing clouds and exposed to the low temperatures that characterize the city of Lima, from five o’clock in the morning, Mrs. Mireya Díaz, a sixty-year-old Venezuelan native of the parish of Catia in Caracas, gets up to work.

Her working place is Mercado Uno de Turquíllo, a popular space where a large number of informal vendors converge, among them, Venezuelans who try to adjust to the precarious economic system offered by the Republic of Peru.

“Coffee, chocolates, kekes are sold”, she exclaims with a characteristic Venezuelan accent in the corridors and corners of this well-known market, while Mrs. Mireya Díaz gives passers-by a cup of coffee for the cost of a sun.

A year and three months ago she arrived in Peru, but she never imagined that his concept of a perfect life outside of Venezuela would be a complete fake.

“The truth is that this country did not meet my expectations, money is not enough, one work to survive and my health condition is delicate”. During morning and afternoon I work with my coffee thermos, my daughter and I have leased an apartment in Dante but the services cost 300 soles and the rent 1500 soles (…) a lot of money”, more than 600 dollars.

And it is that behind the early riser enthusiasm of each Venezuelan, hides a more bloody reality; forced and informal work, leases at inaccessible prices, abusive leaders, verbal aggressions, little study opportunity, high costs of medicines and an emotional imbalance that is not compensated by the little plate of food they can get.

On the other side of the city, almost two hours away, the district of Santa Anita hides, a sector clearly marked by social inequality and the oblivion of the Peruvian government. In this place, the woman from valera, Lismeida del Valle Ramírez Medina, lives with her two young children .

“I came here 3 months ago looking for health welfare for my daughter, because she has a congenital malformation of the nervous system, I just wanted a consultation with a neurologist to give me a medical report, but she told me I had to do all the studies again, they do not take into account the Venezuelan medical report”.

Ramírez said that after her visit to the Peruvian specialist, she was referred to various psychologists and psychiatrists, but the appointments had an approximate value of 20 soles, not counting the expenses for magnetic resonance, electroencephalograms and tomographies that were around 215 soles.

“I did not have a stable job, I used to sell on the street for half a meal and collect the money for the doctor, but I could not do it anymore, here one pays 300 soles per month for a room, and if you do not have the money they will take you out to the street and call the police”.

Through tears she explained that the work she did was accompanied by abuse. “While I was working, a woman took care of my children, but only until a certain time, because I could not enroll them in school, they had always an excuse, that there was no spot, among other things. (…) I remember a particular job in a family house, since eight in the morning all day without stopping, they only gave me a meal and just when I was going to leave, it was very humiliating you know (…) I left very late and arrived at nine or ten at night to do all the things to my children, to bathe them, to give them their food and to sleep again”.

“I want to go back to Venezuela, honestly because this is not life, I have a home in my country, it is located in Valera state Trujillo, my daughter would have her neurologist again and she would continue her consultations at the Pedro Carreño Hospital, as well as her school”. she added.

Cases like that of Lismeida Ramírez abound in the city of Lima, Venezuelans who are facing similar situations with their children for following an equivocal matrix of opinion.

For his part, the chef and innkeeper, Jesus Alfonso Salcedo 49, realized that he should leave immediately from Peru when he suffered a relapse of cerebrovascular accident, resulting from the stress that generated not having a stable job.

“Here I live with 10 people, two children, four women and three men, we are all known to each other, I, for example, sleep on the floor, the most incredible thing is that a rent of 1500 soles is paid, but there is never water, we have 10 days without water.

“I came to try my luck as an innkeeper but I actually went to a security company where they worked 12 to 14 hours a day, without having days off, when I made the claim they moved me and increased my work hours, then they fired me out”.

In view of the inconveniences, Jesús Alfonso went to the Embassy of Venezuela in Peru and immediately signed up for the Plan Vuelta a la Patria. “I went to the Embassy to get help and they really treated me very well (…) In this country the cost of medicines is high, they do not sell generic drugs, only brand-name drugs”.

Would you leave Venezuela again? He was asked and immediately responded between laughs No! “When you leave the country, people tell you -there you will succeed, you will surely do this or do the other thing, but it is not like that, here you have to slpit your back to win a sun”, he exclaimed.

These three life stories are a reflection of the difficult vicissitudes that Venezuelan immigrants must face in the Republic of Peru. This Wednesday, a total of 90 nationals were repatriated through the air and land bridge promoted by President Nicolás Maduro, for a total of 14,971 repatriated since its launch.