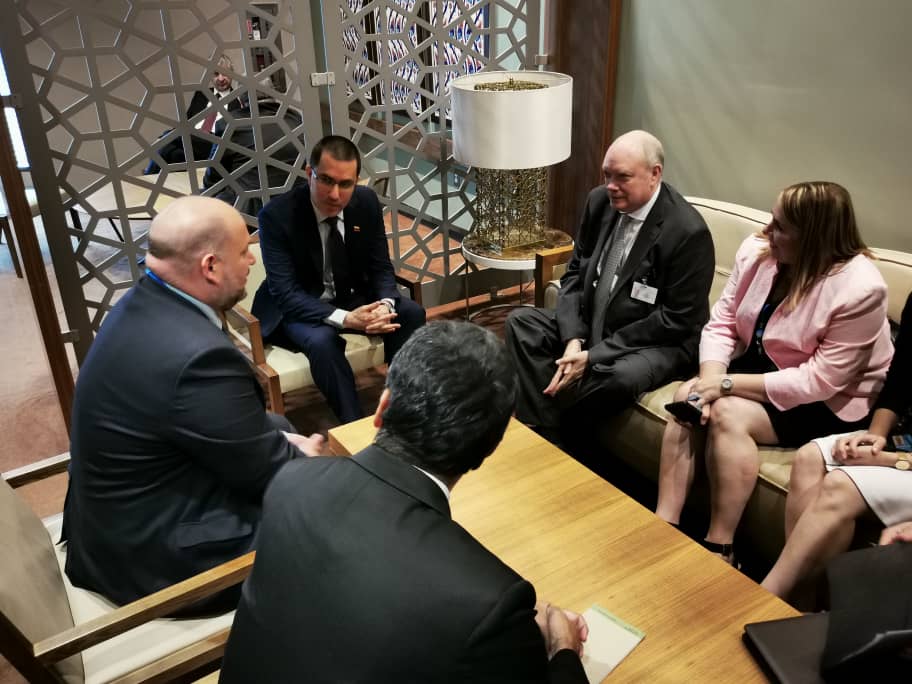 During the work agenda held by the Foreign Minsiter of the Bolivarian Republic of Venezuela, Jorge Arreaza, in the United Nations (UN), New York, he held on Wednesday a significant working meeting with the Minister of Foreign Trade and Foreign Investment of the Republic of Cuba, Rodrigo Malmierca.

During the bilateral meeting, both diplomatic representatives reviewed the work agenda that Venezuela and Cuba have been developing regarding trade and investment.

In this regard, both delegations reaffirmed their desire for cooperation and mutual support in bilateral relations.

On May 21, the Venezuelan Foreign Minister visited the sister Republic of Cuba in the framework of the meeting of the Bolivarian Alliance for the Peoples of Our America – TCP, where he had the opportunity to meet with the President of the Republic of Cuba, Miguel Díaz -Canel, and the Army Ggeneral and Ffirst Secretary of the Central Committee of the Communist Party of that nation, Raúl Castro Ruz, reaffirming the relationship between Cuba and Venezuela in the face of imperial aggressions.