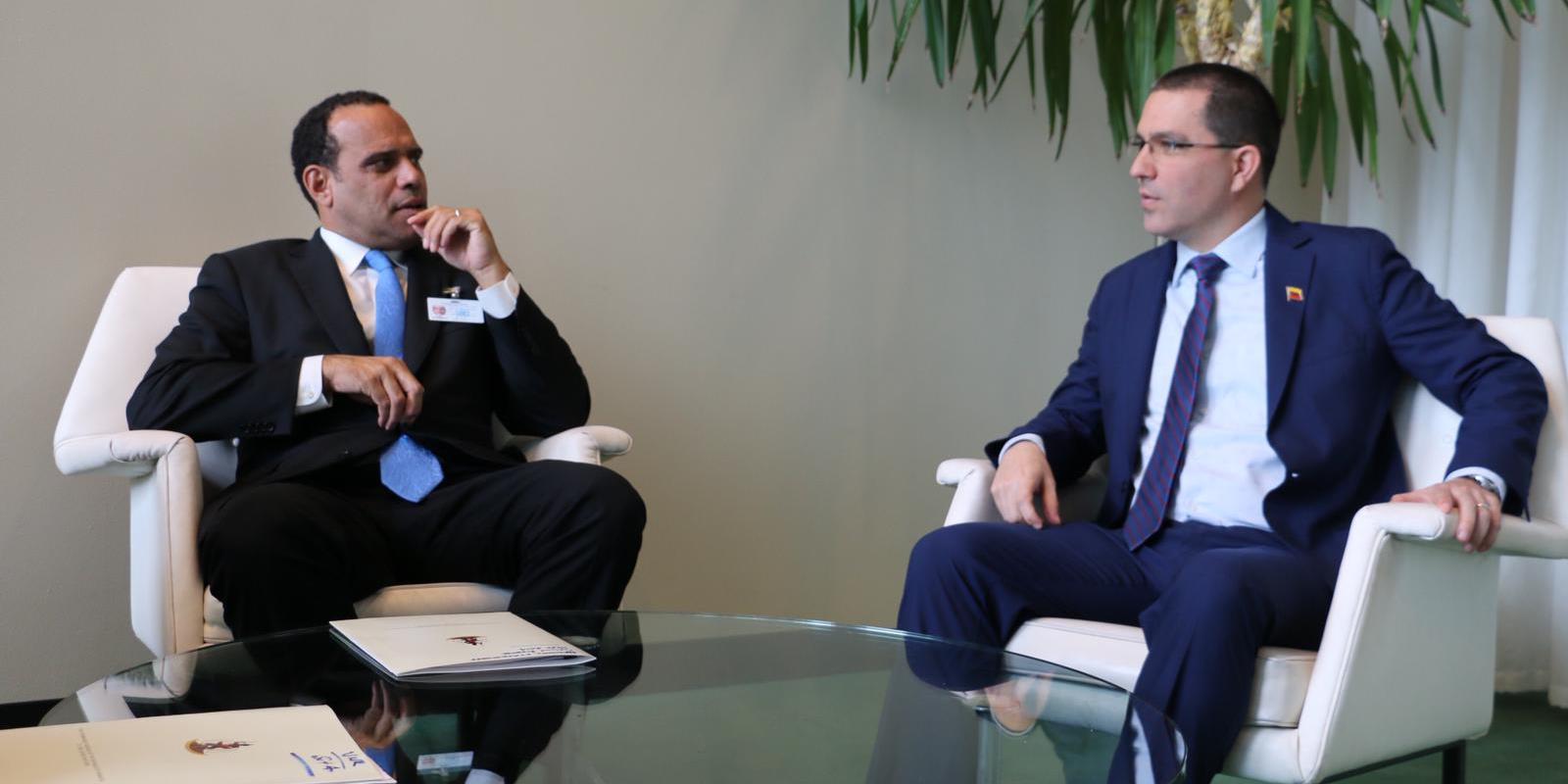 The Foreign Ministers of the Bolivarian Republic of Venezuela and the Republic of Vanuatu, Jorge Arreaza and Ralph Regenvanu, held a meeting Wednesday at the headquarters of the United Nations (UN) in New York.

The meeting was favorable for both diplomats to review bilateral relations and analyze various issues of the international context.

The meeting with the Minister of Foreign Affairs of Vanuatu is part of the agenda of the Venezuelan Foreign Minister in the United Nations, where he previously met with the Secretary General of the multilateral organization, António Guterres.

Foreign Minister Jorge Arreaza also spoke at the High Level Political Forum of the UN Economic and Social Council (Ecosoc), where he denounced the harmful effects of the illegal and unilateral coercive measures imposed by the United States government on Venezuela.