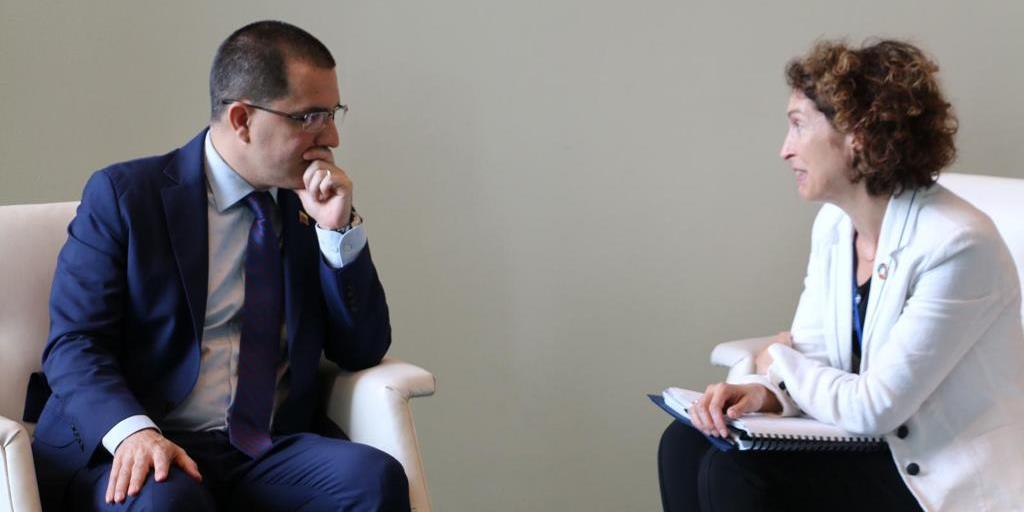 The Foreign Minsiter of the Bolivarian Republic of Venezuela, Jorge Arreaza, held a cordial meeting on Wednesday at the headquarters of the United Nations (UN) with Maria Ubach Font, Minister of Foreign Affairs of the Principality of Andorra.

During the meeting, the Venezuelan diplomat updated his Andorran counterpart regarding the situation of the South American country, making reference to the continuous attempts of coup d’etats that seek to overthrow the national government.

FM Arreaza also exposed the economic blockade that stems from the unilateral coercive measures imposed by the United States government on Venezuela, from which more than 5 billion dollars of the Venezuelan state have been blocked in the international financial system.

The last meeting between the People’s Power Minister for Foreign Relations and the Minister of Foreign Affairs of Andorra was held at the end of 2018, in the framework of the XXVI Ibero-American Summit that took place in the city of Antigua, Guatemala. 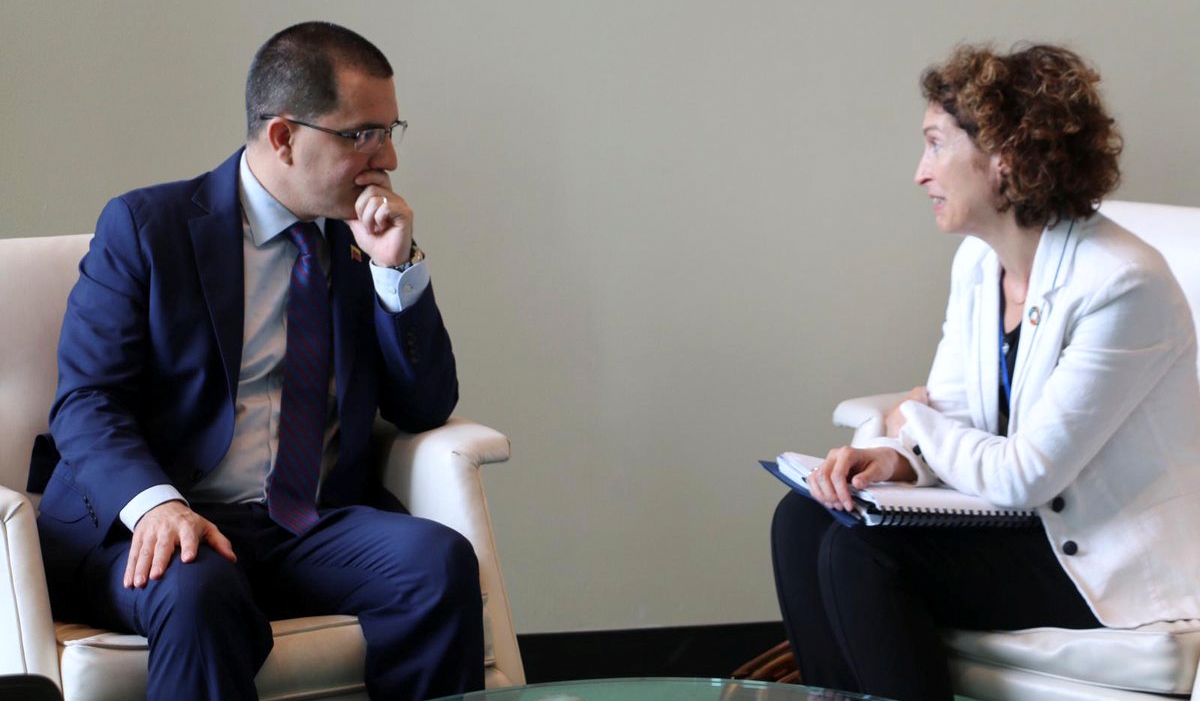