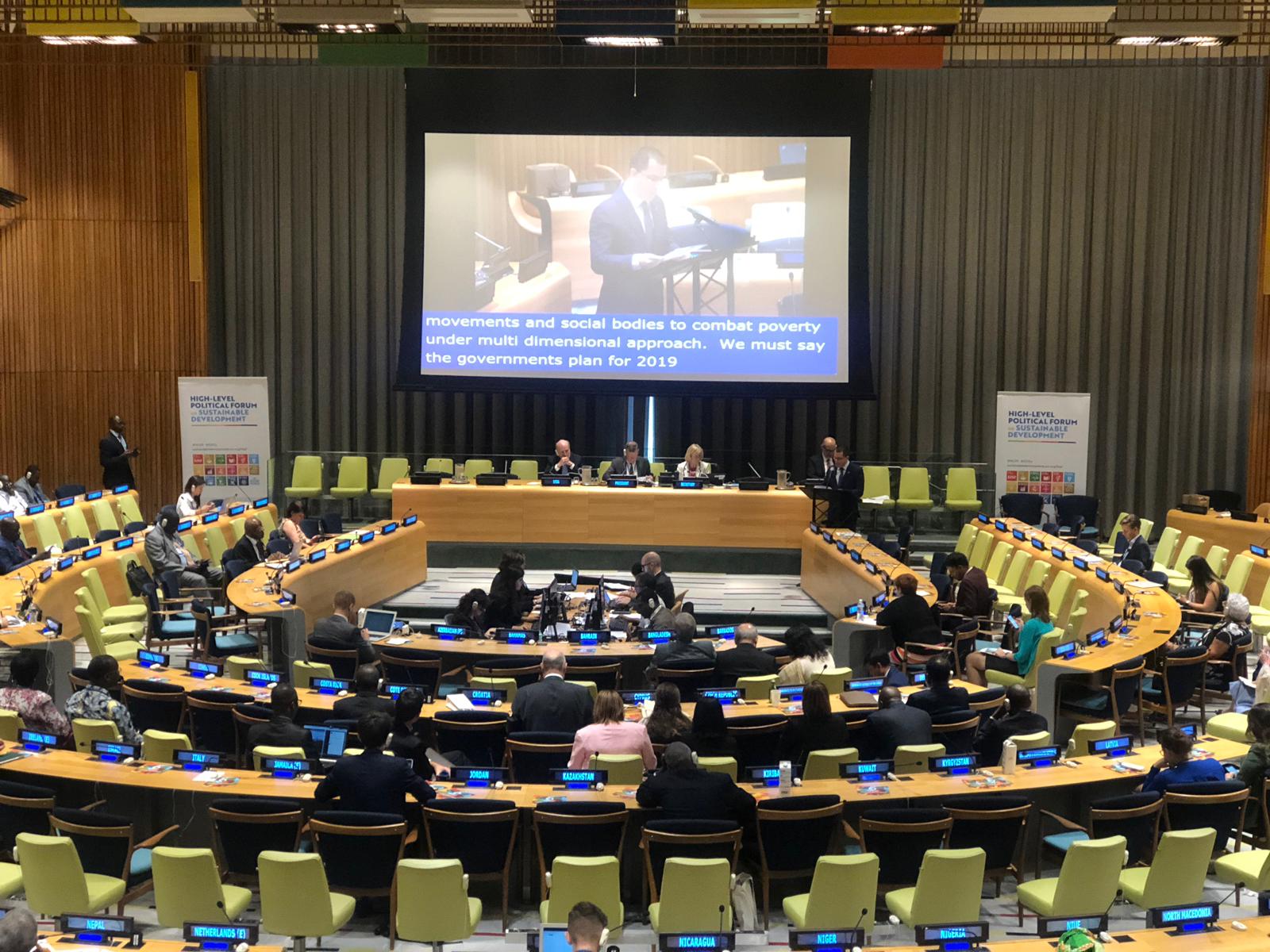 “There are nations that are seeking to undermine the basic principles of multilateralism and encourage global injustices such as colonialism, wars, the attack on sovereignty over their natural resources and the imposition of unilateral and illegal unilateral coercive measures”, denounced the Foreign Minister of the Bolivarian Republic of Venezuela, Jorge Arreaza, during his speech at the High Level Political Forum on Sustainable Development of the United Nations (UN), in New York.

In this regard, the Venezuelan Foreign Minister pointed out that these coercive and unilateral measures are “contrary to the principles and purposes of the Charter of the United Nations and the Declaration on the Principles of International Law, concerning relations of friendship and cooperation with the United States”.

At the same time, he stressed that “the imposition of unilateral coercive measures was rejected by the Heads of State and Government from all over the world, by adopting the 2030 Agenda in 2015, and despite this, it has been intensified against Venezuela a constant pursuit in order to affect the economic and political stability in our country. It is necessary that it ceases immediately not only against Venezuela, but also against Iran, Cuba and all the countries that have been subjected and victims of unilateral coercive measures by the US administration”.

On the other hand, the Venezuelan diplomat urged those present to join efforts to comply with the Sustainable Development Agenda 2030, having as a common route “social, economic and environmental investments, to restore the spirit of solidarity and work in a profound social feeling for the economy and the societies of our world”.

Finally Foreign Minister Arreaza said that “if we comply with the Sustainable Development Agenda and its objectives we will be in the presence of a social revolution, a better world and in peace”.