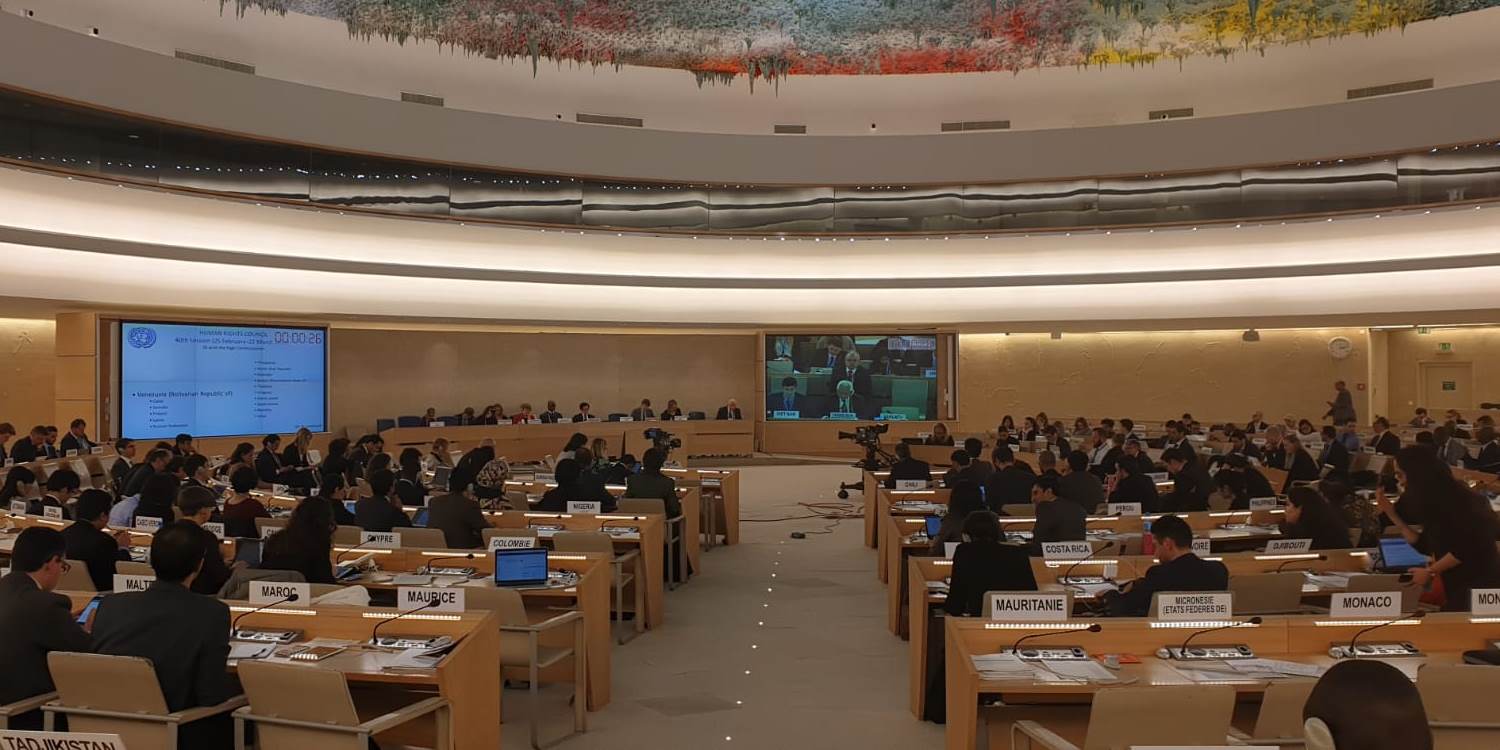 With 28 votes in favor, 14 against and 5 abstentions the Human Rights Council of the United Nations (UN) adopted a resolution presented by the Bolivarian Republic of Venezuela in the exercise of the presidency of the Movement of Non-Aligned Countries (NAM), in favor of strengthening international cooperation in the field of human rights to face the negative consequences of unilateral coercive measures or miscalled sanctions.

The document reaffirms that one of the purposes of the United Nations, as well as the primary responsibility of States, is to promote, protect and respect human rights and fundamental freedoms through international cooperation.

Consequently, it expresses the concern about the persistent imposition of unilateralism and unilateral coercive measures, which undermine the well-being of the population of the affected countries and create obstacles to the full exercise of their human rights, and reaffirms the importance of cooperation and international solidarity to deal with the negative effects of these measures.

The resolution also reaffirms that each State has the inalienable right to freely choose and develop, in accordance with the sovereign will of its people, its own political, social, economic and cultural system, without interference from any other State or non-State actor, in strict accordance with the UN Charter, the Universal Declaration of Human Rights and other relevant international instruments.

The document also urges all actors on the international scene to build an international order based on inclusion, justice, equality and equity, human dignity, mutual understanding and the promotion and respect of cultural diversity, universal human rights, and to reject all the doctrines of exclusion based on racism, discrimination, xenophobia and related intolerance.

The resolution was presented by Venezuela on behalf of the Member States of the United Nations that are members of the NAM, except Chile, Colombia, Ecuador, Honduras and Peru, which abstained in the vote.