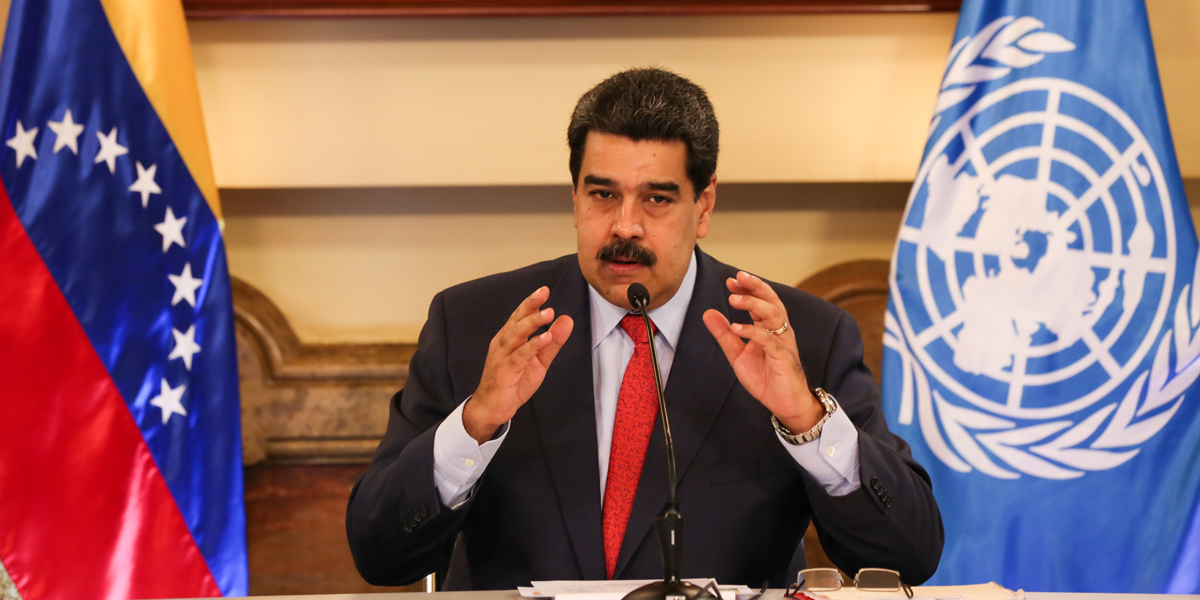 Ambassador Jorge Valero, permanent representative of the Bolivarian Republic of Venezuela to the United Nations (UN) with headquarters in Geneva, delivered on Friday the letter sent by President Nicolás Maduro to the Office of the United Nations High Commissioner for Human Rights.

Through the letter, which was received by the Alternate High Commissioner Kate Gilmore and whose summary was read by the diplomat after the consignment, the Venezuelan leader expresses his greatest and absolute rejection to the report presented last July 5 by the High Commissioner Michelle Bachelet before the Human Rights Council of the UN, regarding the situation of fundamental rights in Venezuela.

The Venezuelan head of state argues that the content of that report is deeply damaging to the dignity of the Venezuelan people and the truth of the human rights situation in Venezuela.

“Unfortunately it is obvious that she did not listen to VENEZUELA. The report turns out to be a carbon copy of previous ones elaborated by her predecessor that -as it is public known- oriented his management to the construction of an illegal and immoral file against Venezuela, with the sole objective of criminalizing the Venezuelan State”, the text highlights.

The Venezuelan dignitary also emphasizes that the report is full of false statements, misrepresentations and manipulations in the use of data and sources; lacking balance and rigor, openly biased, which presents a distorted picture of the human rights situation in our country.

“It does not include the information and data provided by the State, but rather by hackneyed media matrices imposed by the imperial communicational hegemony. It is a dangerous link for the intervention of Venezuela, promotes the impunity of an opposition that banalizes their contempt for life and encourages the commission of coups d’état, assassination attempts, violence and destabilization”, the letter states.

President Maduro also questions the “humanitarian crisis” matrix that the report suggests, “when the US government has stripped Venezuela of more than 30 billion dollars of its oil assets abroad, and has blocked and confiscated more than 7 billion dollars for the purchase of food and medicine”.

Through the document, the head of the Venezuelan State reproves the content of the report and demands an immediate rectification and correction of the “serious” errors, false accusations and omissions that it contains.

“Know that Venezuela will stand, victorious, that no false report, or aggression, can beat our iron determination to remain being a free and sovereign people. From the Land of Bolívar and Chávez I say goodbye, and I demand a prompt rectification of the report”, the letter adds.