During the 41st session of the UN Human Rights Council in Geneva, relatives of patients with chronic diseases reported the effects that the financial and economic blockade imposed by the United States on Venezuela is causing.

This complaint was presented by the Latin American Foundation for Human Rights and Social Development (FUNDALATIN), which held a conference to the delegations of the member states of the Council, as well as human rights organizations, to show the faces of the victims who are at risk after the US Treasury Department imposed an economic and financial blockade against PDVSA and Citgo.

PDVSA developed through Citgo a medical assistance program that benefited patients with cancer or other chronic diseases, in order that they could receive bone marrow or liver transplants, but after the blockade executed against both companies the program has been interrupted, since it has not been possible to continue paying the resources because the banks refuse to execute the financial transactions for fear of being sanctioned by the US Treasury Department.

Patients who required medical transplants were sent to Argentina, Spain, the United States, Italy, among other countries, to guarantee specialized examinations and treatments under the strictest conditions, which was totally payed by the Venezuelan State.

“We are living in the flesh the economic sanctions that are being imposed on Venezuela and we are extremely worried because this situation is getting worse. We have many needs that we can not cover, we are very afraid that hospitals will close their doors to us. The treatments that my husband is doing are extremely expensive, we have a debt with hospitals that is too big and the ambulance service has already been blocked for not having how to pay”, said Jinger Linares, wife of Leomar González, a bone marrow transplant patient who was sent to Italy in the year 2017.

Linares said that this health program created by PDVSA-Citgo is made to save lives and urged the international community to condemn any coercive measure executed by the United States that affects the Venezuelan population, pretending to undermine their right to health and life.

For her part, Yelibeth Albornoz, mother of Isabella Guevara, a 23-month-old girl, said that her daughter was sent to Argentina to undergo a liver transplant and currently requires an expensive and delicate treatment so she does not lose her organ.

“Like my baby Isabella there are four more children who are being affected because they had to stop their treatments because the Citgo program has been suspended due to the blockade and it also affected us in the lodging and the maintenance that the Venezuelan State provided us”, said the girl’s mother at the UN.

The patients who were sent to Argentina, in addition, have had to live the painful situation of being evicted from the buildings where they were provisionally rented because the owners took them out to the streets with their sick children.

Douglas Guevara, Isabella’s father, also denounced that last May 20, through FUNDALATIN, the mothers of the five children who are in Buenos Aires sent a communication to the United Nations High Commissioner for Human Rights, Michelle Bachelet, in which they asked her to intercede in this situation so their children could save their lives, but they did not receive any response.

Also, Guevara said that the Chilean ex Head of State unfortunately did not mention this situation during the presentation of her report on the human rights situation in Venezuela that took place on July 5. 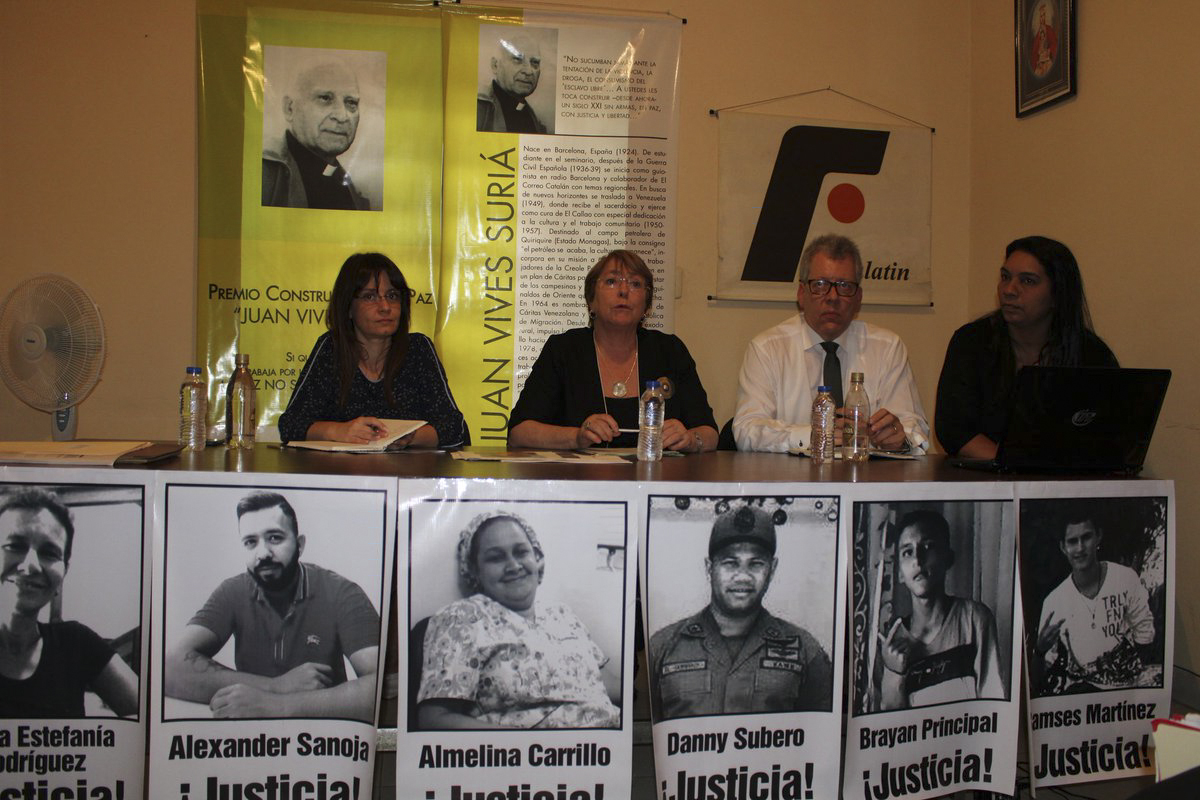