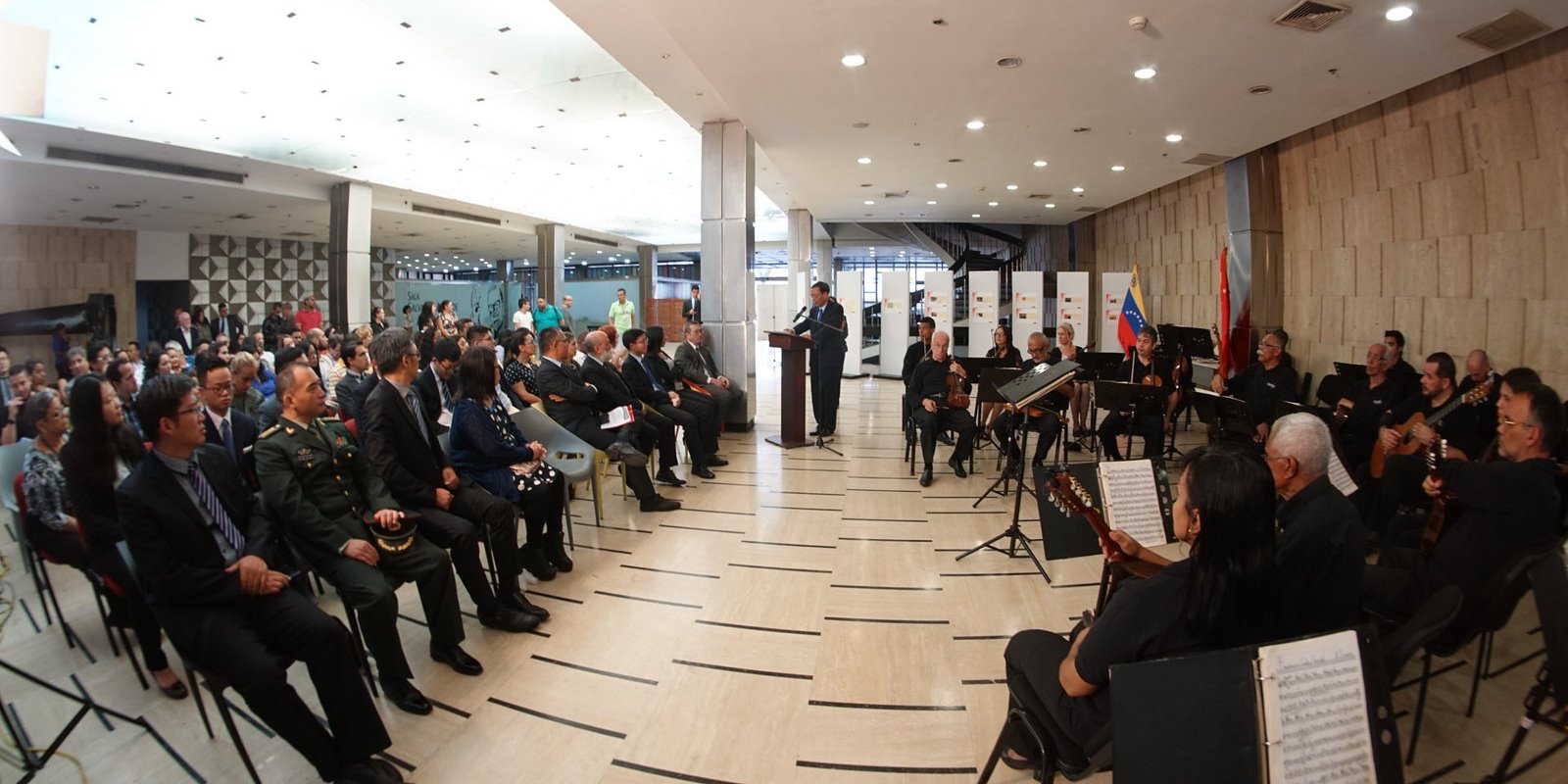 The Bolivarian Republic of Venezuela and the People’s Republic of China gave renewed impetus to their bilateral relations in the framework of the 45th anniversary of the establishment of diplomatic relations, whose commemorative activities concluded on Monday in Caracas with a cultural exhibition.

From the headquarters of the Venezuelan Foreign Ministry, where the celebration ended, the Vice-minister for Asia, the Middle East and Oceania of the People’s Power Ministry for Foreign Relations, Rubén Darío Molina, alluded to the progress of the strategic cooperation alliance between Caracas and Beijing not only in the geopolitical sphere, but also in economic, commercial and cultural matters, among other areas.

The diplomat recounted the activities that the two parties held jointly in the Venezuelan capital, as well as in China, to celebrate 45 years of bilateral relations.

Specifically, he referred to the presidential act of June 28 – the date that diplomatic relations were established in 1974 – during which, the historical approaches between the two countries were exposed.

The ambassador of the People’s Republic of China in Venezuela, Li Baorong, said during the closing ceremony that “relations between China and Venezuela are at the best moment in their history” and that the 45th anniversary of their establishment constitutes a new starting point from which both parties have to initiate a “new historical march”.

In this context, he stressed the need to join forces to face the new challenges and together build a new model of international relations characterized by mutual respect, equity, justice and cooperation with shared gains.

“The Chinese side, committed to peaceful development, is ready to come together with the Venezuelan side to defend international equity and justice, promote solidarity and cooperation of developing countries”, he said.

The Chinese ambassador also said that his country will continue to promote mutual trust and the consolidation of binational relations for the benefit of the two peoples, through the coupling of development strategies and diplomatic cooperation between the two countries.

On the other hand, and referring to the parade on July 5 in Caracas to commemorate the 208th anniversary of the signing of the Venezuelan independence act, the diplomat praised the cohesion of the Venezuelan people and the Bolivarian National Armed Forces (Fanb).

“I was deeply impressed by the civic-military union, its firm will and determination to safeguard the country’s sovereignty, independence and peace”, he said.

Meanwhile, the People’s Power Minister for Culture, Ernesto Villegas, valued the rapprochement between China and Venezuela in the geopolitical circumstances of today’s world.

“China is a factor in the stabilization of world peace”, said the Venezuelan minister and highlighted the leadership of the People’s Republic of China in the concert of the nations.

In the same way, he exalted the leadership of Commander Hugo Chávez in the promotion of the China-Venezuelan relations.

The closing of the event contemplated a harmonious cultural exchange with artistic samples of the two nations. 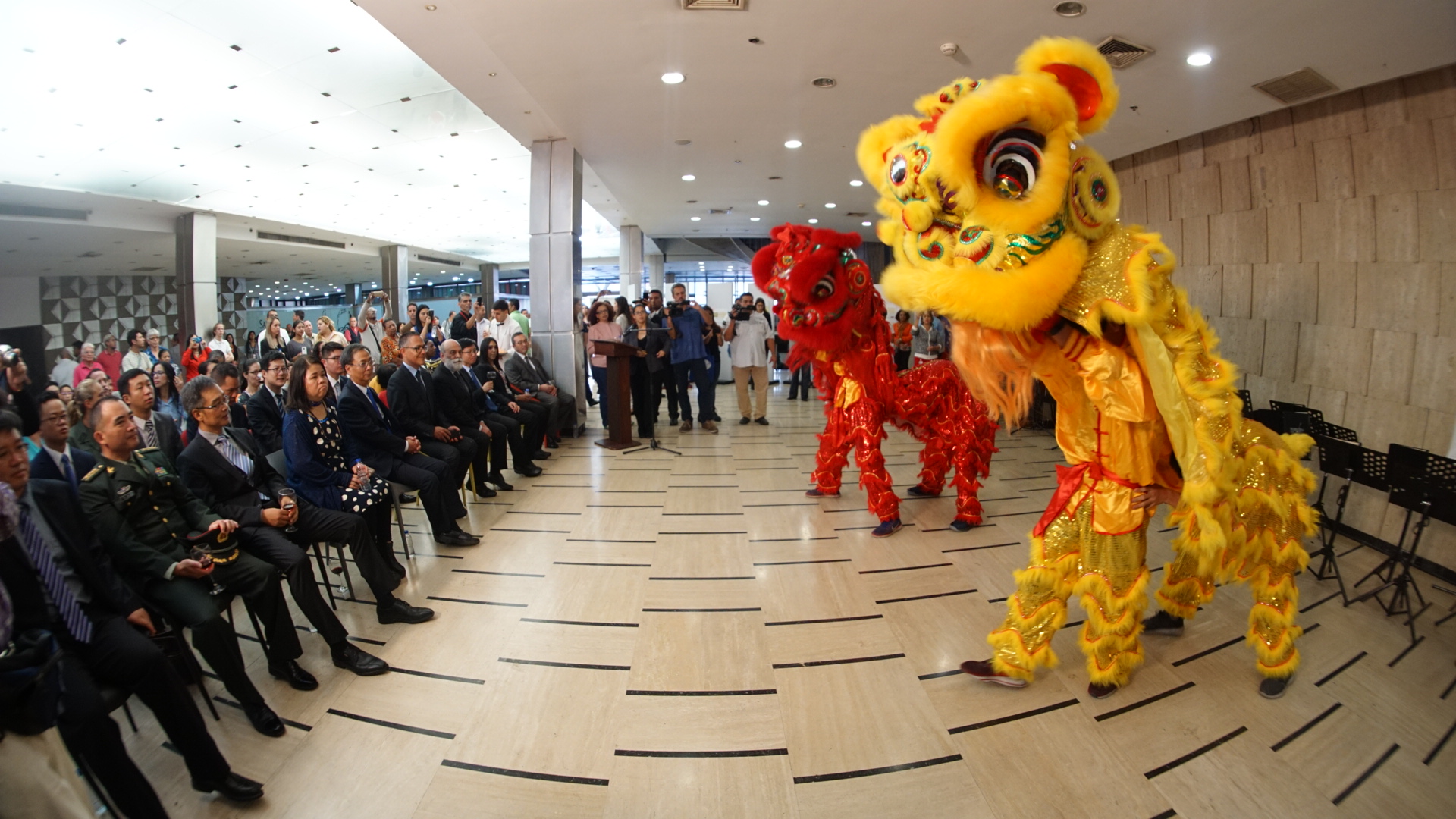