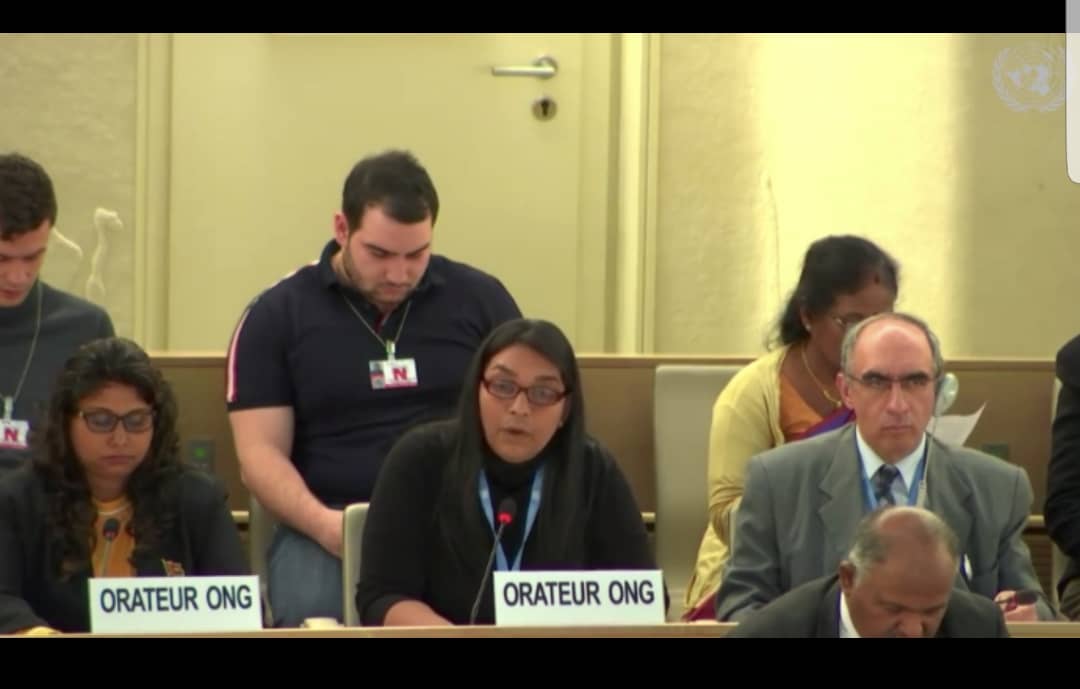 On Friday, the Latin American Foundation for Human Rights and Social Development (Fundalatin) criticized the report prepared by the Office of the High Commissioner of the Nations for Human Rights (Acnudh) on the situation in Venezuela.

The president of this NGO, María Eugenia Russián, questioned that in the report presented by the High Commissioner, Michelle Bachelet, no mention is made of the victims of violence that occurred in Venezuela in the years 2013-2014 and 2017.

“These victims handed over to the High Commissioner 123 documented cases of people who were lynched, beheaded and killed by followers of Leopoldo López, Capriles, Guaidó and other political actors who today promote violence from the National Assembly. The High Commissioner made all these victims invisible, as did her predecessor, unfortunately, the hopes of the victims have been defrauded by her office, despite her commitment to give an impartial treatment to this issue”, said Fundalatin during her speech at the UN.

Russian recalled that the High Commissioner visited the headquarters of Fundalatin in Caracas, where she met with relatives of victims who were murdered by sectors of the Venezuelan opposition.

“There she talked with Orlando Figuera’s mother, who was lynched and burned alive, and also listened to Elvis Durán’s father, who was cut down by anti-government sectors, but there is no reference to them in the report”, she explained.

Also, the president of Fundalatin rejected that the information provided by 12 non-governmental organizations -three of them with consultative status before the UN-, has been ignored in the report of the UNHCHR, despite the fact that they were provided with specific data and recommendations on the human rights situation in the country.

On the other hand, the human rights activist regretted that the High Commissioner has not requested the cessation of the US economic blockade against the Venezuelan population and noted that these measures that are being carried out against Venezuela are the main threat for the enforcement of human rights in the country.

“Dr. Bachelet met patients with chronic diseases, including children and adolescents who have not been able to continue their treatments and medical transplants due to the blockade of PDVSA and Citgo, which puts their lives at risk, but these cases were also discarded in this report of the Acnudh”, said the representative of the NGO.

Finally, Russián rejected the fact that Venezuela’s progress in the area of ​​human rights is not mentioned in the report, one of the issues that the NGO has been recording in its reports before the United Nations.

“Fundalatin has been working in the most depressed communities of the country for 41 years and we have documented each of the policies that have allowed sectors that were excluded from state investment to be removed from poverty, but there is still much to be done, but no objective balance of the Venezuelan situation can obviate this reality”, she said.

The president of Fundalatin said that she hopes that, in the month of September, the Office of the High Commissioner can make “a more objective report and take into account the observations of all the social sectors of the country, without discrimination”.