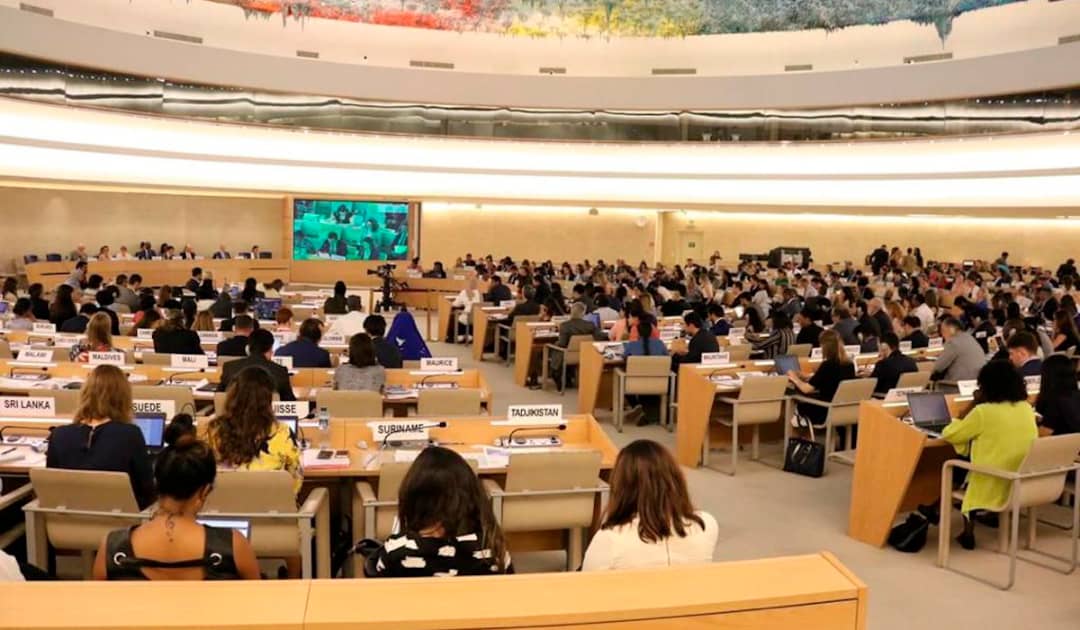 Within the framework of the 41st session of the UN Human Rights Council, in Geneva, the representatives of countries such as Russia, China, Turkey, Belarus, Myanmar, Iran, Cuba, Nicaragua, Bolivia and the Bolivarian Alliance for Peoples of Our America (ALBA), repudiated the report presented by the High Commissioner, Michelle Bachelet.

After the intervention of the Vice-minister of International Communication of the People’s Power Ministry for Foreign Relations, William Castillo, representative of the Bolivarian Republic of Venezuela, the delegates pointed out that the content of the report invizibilizes the consequences of the economic and financial blockade affecting the system of human rights that the Bolivarian Government promotes through social policies for the benefit of the Venezuelan people.

On behalf of the Bolivarian Alliance for the Peoples of Our America, Lisandra Astiasaran, explained that the campaign used to attack the Bolivarian Revolution aims to create the conditions to destabilize participatory democracy in Venezuela.

In this sense, Astiasaran called on the governments of the world “to defend peace, justice and sovereign equality”.

For her part, the representative of Nicaragua, Elvieelna Díaz, urged the United Nations to condemn and prevent the proliferation of unilateral coercive measures against sovereign countries, since they have a “negative impact on the promotion and protection of human rights”.

Diaz said that these actions undermine political and economic stability as in Venezuela.

For the delegate of Cuba, Pablo Berti, the unilateral coercive measures have the purpose “to overcome through deprivation the political and sovereign will of the Venezuelan people”, that is why the Republic of Cuba condemns the threats of military aggression and attempted coup d’etat perpetrated against Venezuela.

The government of the Plurinational State of Bolivia, represented by Olmer Torrejón, rejected the economic and financial blockade that affects the fundamental rights of the Venezuelan people, which is why they support the constructive dialogue that President Nicolás Maduro is promoting to resolve the induced situation that the country is going through.