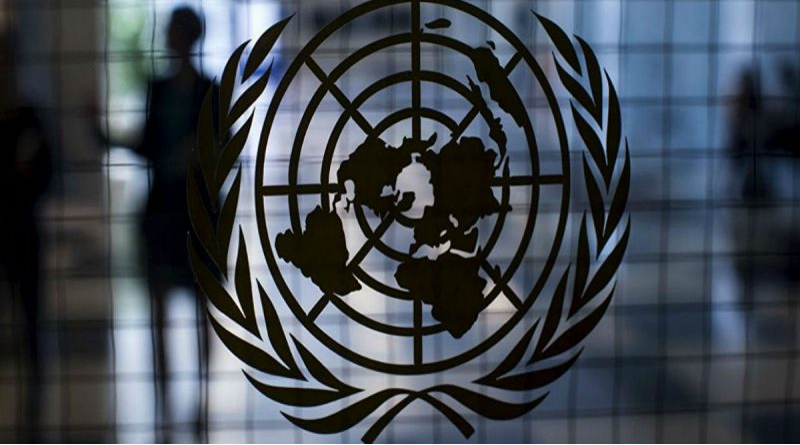 Bolivarian Government: Report of the UN High Commissioner for Human Rights is partial and lacks objectivity

With a clearly partial and selective vision of the Venezuelan reality, this Thursday, the report made by the United Nations High Commissioner for Human Rights, Michelle Bachelet, on the situation of human rights in the Bolivarian Republic of Venezuela, was disseminated. It privileges lacking in objectivity sources and excludes almost the whole of the official information and elements provided by the Venezuelan State authorities during her visit between June 19 and 21, as well as during the visit of her technical team between 11 and 22 March 2019.

Likewise, the report omits the achievements and progress made by the South American country in human rights issues, transgressing the norms and principles that urge the Office of the United Nations High Commissioner for Human Rights to carry out an objective and balanced evaluation of human rights on the countries that make up the United Nations System (UN).

Simultaneously, the United Nations Organization published a report prepared by the Venezuelan government in counterpart to the biased document, insisting that the intended objectivity can only be achieved with a fair balance in the management of information sources, as well as considering the advances and challenges presented by any State subject to valuation.

Under this premise, it is necessary to consider that 82% of the 558 interviews used to substantiate the report of the Office of the United Nations High Commissioner for Human Rights, correspond to persons located outside the national territory, despite the fact that the office made two visits to the country during this year.

During the mission carried out in March, the representatives of the High Commissioner for Human Rights, had the opportunity to visit five centers of deprivation of liberty, three hospitals, a robotic warehouse for the collection and distribution of medicines, an urban planning of the Gran Misión Vivienda Venezuela and two food distribution centers, among others. Therefore, the Venezuelan report estimates that:

“Neither is an objective evaluation when abounds in reference to the critical sectors and omits the official information provided by the State or the positive references made by international organizations competent in the matter”.

There are several omissions, about the purchasing power of the Venezuelan, the report by Michelle Bachelet does not refer to the other measures implemented by the Government of Venezuela that positively impact on it. Among these measures are: the system of monthly monetary assignments through the Carnet de la Patria, the general subsidy to the costs of public services such as water, electricity, domestic gas, transportation, internet, the free education system and Health.

They also maintain that the Venezuelan State has not shown that it has used all the resources at its disposal to ensure the progressive realization of the right to food, when the evidence was presented to the High Commissioner and her team.

The report of the High Commissioner for Human Rights also makes no reference to social programs that guarantee the right to food of the Venezuelan people such as: The Local Supply and Production Committee (CLAP), The School Feeding Program (PAE) , the Food Houses, the Plan of Attention to Nutritional Vulnerability, the Popular Dining Rooms, the Food Component for Native Peoples and the Breastfeeding Plan.

The document evades the information gathered by its own team in Venezuelan territory, showing a slight analysis on the “scarcity” and food availability, based on interviews conducted to Venezuelans outside the national territory.

It is also worrying that regarding the right to life, the High Commissioner has not only ignored the information provided by the Public Prosecutor’s Office, but also “omitted to mention the different expressions of violence exerted by the demonstrators, especially during the years 2013, 2014 and 2017, as well as on the consequences of that violence and the cases of deceased and injured persons. The High Commissioner was able to obtain a wealth of information on this matter during her visit to the country. In addition, the government indicated that at least 9 officials died and another 1,263 were injured between 2017 and 2019, as a result of the violence exercised by the opposition sector during public demonstrations”.

Finally, she did not mention the impact generated by the unilateral coercive measures adopted by the Government of the United States against the country. “The report recommends that the Government adopt measures to address the human rights situation”. On the other hand, she says nothing about the need to lift the unilateral and illegal coercive measures imposed on the country. “This omission is serious and unjustified, because – among other things – implies a lack of knowledge of the decisions adopted by the Human Rights Council and the mandates granted to the OHCHR”.

As part of the blunders of the report, are the erroneous statements about the sabotage to public services a few months ago, which claim that 40 patients died as a result of the “power cuts”.

This assertion is erroneous and lacking in rigor, since during the electric sabotage that occurred in March 2019, no human lives were lost due to the lack of electricity.

The vast majority of hospitals in the country had backup power plants. In those health facilities where there is no backup plant or failures were recorded, a contingency plan was successfully activated.

It also alleges that the lists of people benefited through the Carnet de la Patria are administered by “local structures of the ruling party”, being this a false assertion, since the beneficiaries of the different social programs are incorporated into the lists without discrimination, it is only necesary to fulfill the requirements of the social program.

For its part, the Venezuelan Human Rights Network and its non-governmental organizations sent a letter to the Chilean president to lament the exclusion of the information provided by this organization during her two visits, at the same time exhorting the Office of the High Commissioner for Human Rights to democratize their information sources about the Venezuelan situation and to refrain from discriminating “our organizations in their activities, which in a highly polarized environment, have tried to fulfill their mandate in favor of human rights from an independent perspective, in front of the two sectors in struggle in Venezuela”, reads the letter.

“We note that a discretional, privileged and biased selection was made regarding the information provided by the human rights organizations in our country that have been characterized for being allied to political parties”, it adds.

The High Commissioner for Human Rights will present her report to the Human Rights Council this July 5, where there will also be participation by the Venezuelan State in reaction to the organization’s report.

Following is the full text of the document issued by the Government of the Bolivarian Republic of Venezuela, which “requests the Office of the United Nations High Commissioner to adopt the necessary measures to correct the errors in report A / HRC / 41/18”: