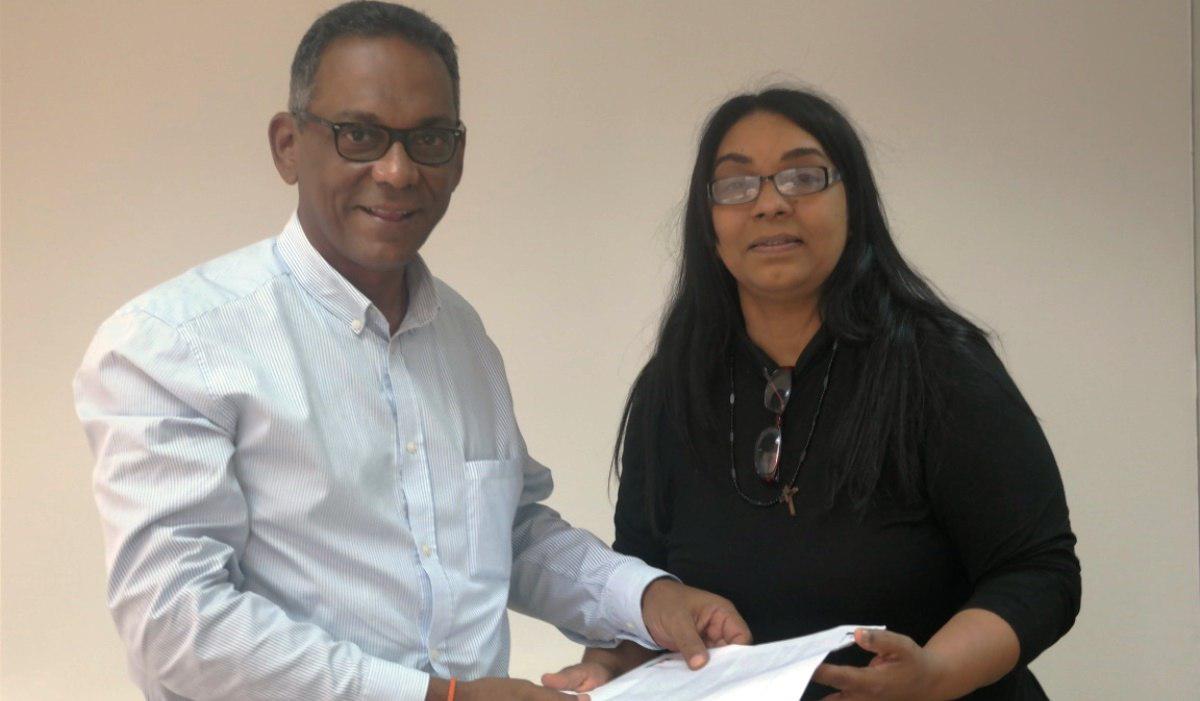 The president of the Latin American Foundation for Human Rights and Social Development (Fundalatin), María Eugenia Russián, met with the representative of the United Nations Children’s Fund (Unicef) in Venezuela, Hervé Ludovic, to present a denounciation about the children and adolescents with oncological diseases that are being affected by the financial blockade imposed by the United States on Venezuela.

“We ask Unicef ​​to urgently condemn this situation as the specialized treatment of these children and adolescents has been interrupted by the economic measures that the United States has dictated against the country, which prevents the payment for medical transplants and puts at risk the life of these patients”, said Russián.

The representative of the NGO asked Unicef ​​to intercede to lift the blockade against the country and stop this serious violation of human rights, in order to safeguard the right to life of these children and adolescents.

“Our organization has contacted each of the patients who are being affected by this situation, and we have given UNICEF a detailed report with each of the medical records of the children who are in the Hospital de Niños J.M. de los Ríos, in Caracas, waiting for bone marrow transplants, as well as patients who were sent to Argentina and Italy to receive specialized treatments and studies”, said Russián.

Also, the human rights activist recalled that, for 10 years, PDVSA and its subsidiary Citgo have been developing a health program to support low-income patients, which guaranteed treatments and specialized exams to cure different chronic diseases, but after the blockade executed by the United States this program has been interrupted, since the banks refuse to process transactions from these Venezuelan companies.

The president of Fundalatin explained that “patients’ lives are at risk, since it has not been possible for PDVSA-CITGO to keep paying the resources to continue guaranteeing the care of patients, especially children and adolescents, with criticism healthy conditions”.

She pointed out that human rights organizations should help to put an end to this blockade against the country, since it is the children who are being brutally affected, violating their right to health and seriously threatening their right to life.

She explained that the United Nations system and the UN Human Rights Council have recognized the terrible impact that the unilateral coercive measures imposed by the United States government are having on the enjoyment of human rights in our country.

Fundalatin is a Venezuelan organization, recognized with Special Consultative Status in the Economic and Social Council (Ecosoc) of the United Nations Organization since 2015, and since 2005 is duly accredited to the Organization of American States (OAS).

The trajectory of Fundalatin, allowed that in the year 1987 was recognized with the prize “Messenger of the Peace” granted by Organization of the United Nations.