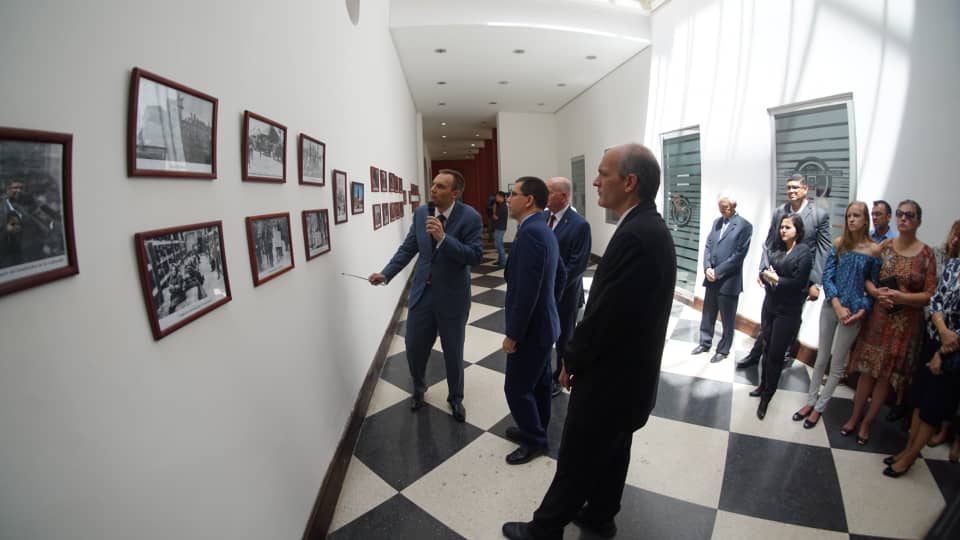 From the Casa Amarilla, Antonio José de Sucre, the Foreign Minister of the Bolivarian Republic of Venezuela, Jorge Arreaza, along with the sectorial Vice-president of Planning Ricardo Menéndez and the Ambassador of the Republic of Belarus in Venezuela, Oleg Paferov, inaugurated a photographic exhibition in commemoration to the 75th anniversary of the liberation of Belarus from the Nazi invasion during the Second World War. This activity was also attended by the Diplomatic Corps accredited in Venezuela.

During his speech, the Vice-president of Planning, Ricardo Menéndez, highlighted the example of struggle and dignity that the people of Belarus have given for 75 years, since they have faced the imperialist model of constant war, military intervention, destabilization or coercion towards the states.

“From my first visit to Minsk, it was a learning process to see how for 75 years a people has faced fascism and the irrationality of those who want to dominate other countries. In a large part Minsk is a city that was reborn on 1945, after being bombed, attacked and invaded”, he said.

Menéndez talked about the cooperation ties between Belarus and the tractor factory that operates in Venezuela, and the heavy machinery factory that was incorporated into the Great Housing Mission Venezuela.

He also noted that “Venezuela tells Belarus and the countries of the world that the Plan of the Homeland is a twinning plan assumed from the respect and cooperation between sisterly nations”.

It should be noted that the cooperation ties between Venezuela and Belarus have been strengthened through 181 agreements signed, apart from those that are under negotiation for their subscription, within the framework of the bilateral cooperation roadmap.