Peace and dialogue, framed in the Bolivarian Diplomacy of Peace, set the objectives of the tour of the People’s Power Minister for Foreign Relations of the Bolivarian Republic of Venezuela, Jorge Arreaza, for countries in Europe, whose governments expressed their support for the mechanism of Oslo, Norway, a measure that seeks to generate a peaceful and democratic solution to the political situation in Venezuela.

The work tour carried out by the Venezuelan diplomat for Italy, Austria, Spain and Portugal led him to hold bilateral meetings with different representatives to whom he expressed the position of the Venezuelan government to remain firm in the dialogue to overcome the socioeconomic and political situation generated by the unilateral coercive measures imposed by the United States.

During a press conference held at the Casa Amarilla “Antonio José de Sucre” in Caracas, Foreign Minister Arreaza assured that the National Government’s route is “dialogue and peace, and nothing will disturb it”, which is why in his visit to the Vatican, where he met with Paul Richard Gallagher, secretary for State Relations, ratified the invitation of the Venezuelan Head of State to his holiness Pope Francis to join the facilitation measures of dialogue in favor of the Venezuelan people.

“Despite the aggression of the United States, despite the destabilizing attempts promoted through failed coups, President Nicolás Maduro has remained firm through the Oslo mechanism to seek dialogue”.

Upon his arrival in Spain, he met with his counterpart Joseph Borrell, who said that his government supports the Oslo dialogue, which is why the International Contact Group gave way to the negotiations that are taking place in Norway.

For this reason, the High Representative of the foreign policy of the European Union, Federica Mogherini, appointed Enrique Iglesias as Special Advisor for Venezuela, who will have the task of following up the discussions to reach a peaceful and democratic solution to the situation that the South American country is going through.

In the intervention of the balance of the tour that he made in Europe, the Venezuelan Foreign Minister highlighted what was his visit to the Portuguese Republic, where he had the opportunity to meet with the Minister of Foreign Affairs, Augusto Santos Silva, who also reiterated the support of his government to the Oslo mechanism, and at the same time they talked about the resources that Novo Banco keeps blocked.

Before the blockade of these funds, the FM said that although the United States maintains a dictatorship over the international financial system, Venezuela will not stop and will execute the political and legal measures so that these resources are returned to the Venezuelan people and thus guarantee their rights fundamental

“There was a difference that marked this visit, and it was the blocking of the resources of the Venezuelan State that the banking entity Novo Banco keeps in custody. On one hand, the government of Portugal states that those are international regulations, but when we had a rapprochement with the bank authorities, they state that their government made a political decision and the ownership of the funds must be reviewed”, he said.

In the Republic of Austria, FM Arreaza – on the initiative of the governments of Cuba, Iran and Venezuela – participated in the Seminar on Unilateral Coercive Measures accompanied by Alfred de Zayas, Idriss Jazairy, Ignacio Ramonet and Rahmat Mohammad.

Mutual respect marks the restoration of relations with Germany

The People’s Power Minister for Foreign Relations, informed that the Bolivarian Government is in the process of normalizing relations with Germany, and that this new stage will be marked by mutual respect and cooperation between both nations.

The crisis in diplomatic relations between Venezuela and Germany occurred in March when President Nicolás Maduro declared the then German ambassador to Venezuela, Daniel Martin Kriener, as an ungrateful person, after violating the precepts of the Vienna Convention.

The Venezuelan diplomat said that “from the moment that the crisis was generated, the German government proposed that we continue in permanent dialogue”.

In that sense, Arreaza explained that among the issues raised in the talks with the authorities in Germany, is the need to resume the exchange with some companies in that country and the return of the Kueka stone, owned by the Pemón people, which is in a park in Berlin. 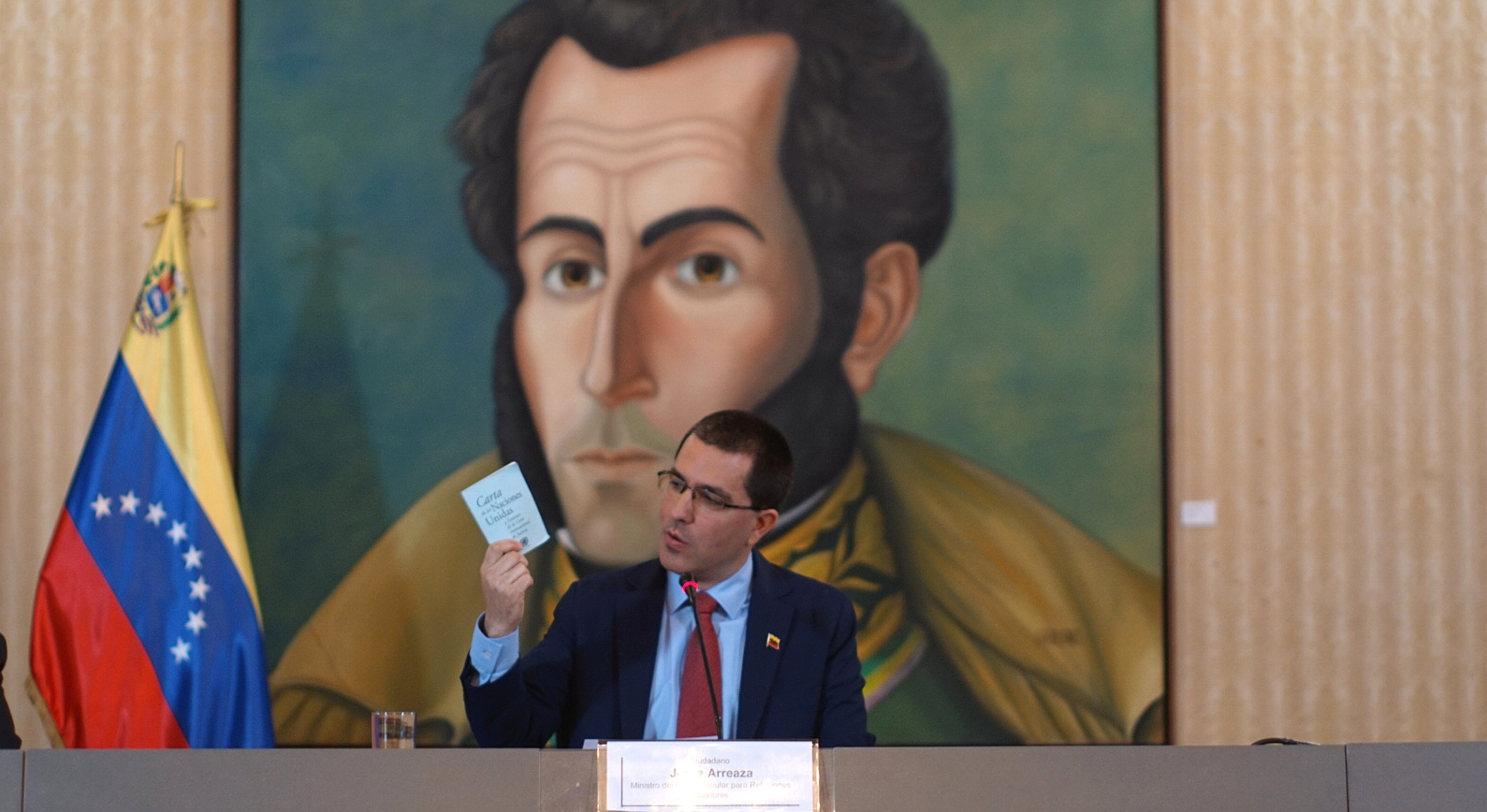