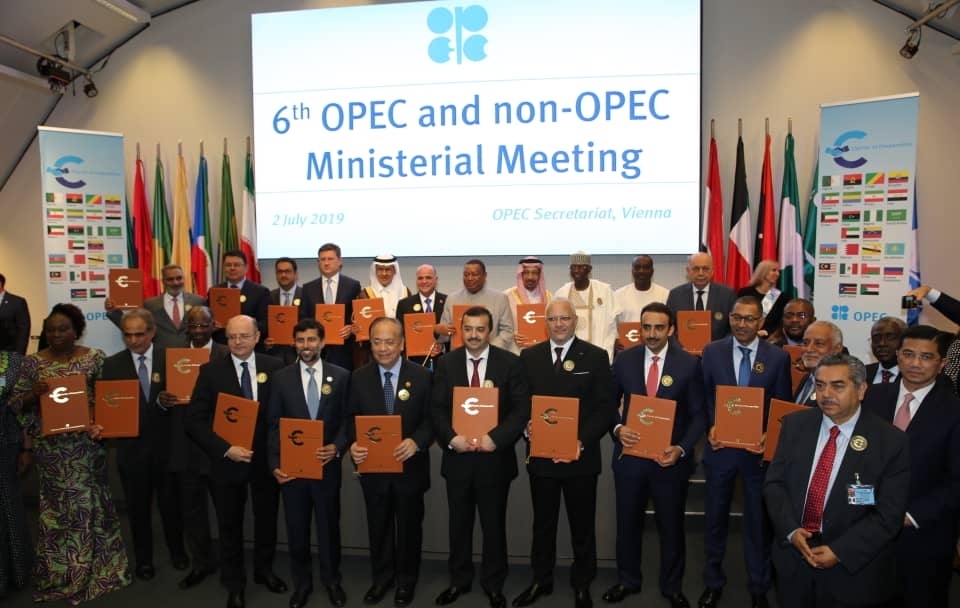 OPEC+ reaffirms its commitment to stabilize the oil market

The Organization of the Petroleum Exporting Countries (OPEC) and the non-OPEC producer nations reaffirmed their commitment to keep working to stabilize the world oil market and ensure the sovereignty of peoples over their natural resources.

The 6th OPEC+ Ministerial Meeting was held this Tuesday in Vienna, Austria, and was headed by the Russian Energy Minister, Alexander Novak, and the Venezuelan People’s Power Minister, Manuel Quevedo, who also chairs the Ministerial Conference of OPEC in 2019.

In this regard, Minister Quevedo stressed that the meeting reviewed the fundamentals of the market and reaffirmed the decision to extend by 9 months the adjustment of oil production of the nations participating in the Declaration of Cooperation, signed in December 2016.

The also president of the OPEC Ministerial Conference for this year 2019, reiterated the “importance of the extension of the voluntary adjustment of oil production from July 1, 2019 until March 31, 2020, with the aim of maintaining stability of the oil market, so, through balanced supply and demand, producing and consuming countries will have the same level of benefits”.

The Venezuelan Minister indicated that at the OPEC+ nations meeting the Joint Monitoring Ministerial Committee was instructed to remain vigilant on compliance with the production adjustment agreement in light of recent international events, as well as the monitoring of inventory levels.

It should be noted that this working meeting emphasized the support of all countries participating in the Declaration of Cooperation to take advantage of the success achieved so far and, therefore, approved the draft text of the Charter of Cooperation, a high-level volunteer commitment, to allow continuous proactive dialogue between the signing countries, both at the ministerial and technical levels.

Likewise, Minister Quevedo highlighted that “Venezuela’s sovereign and independent position of rejection of unilateral sanctions against the oil industry, which have sought to damage the national economy and PDVSA’s operations”.

“In each instance we have raised our concern, because oil and gas can not be used against the people, they have to be used for the development and welfare of the people”, he said.

He also asserted that “the United States has dedicated itself to attack certain economies to try to impose its policy of expansion, its capitalist policy and crush those who do not agree with them”.

Minister Quevedo informed that the next OPEC+ meeting will be on December 6 in Vienna, Austria.