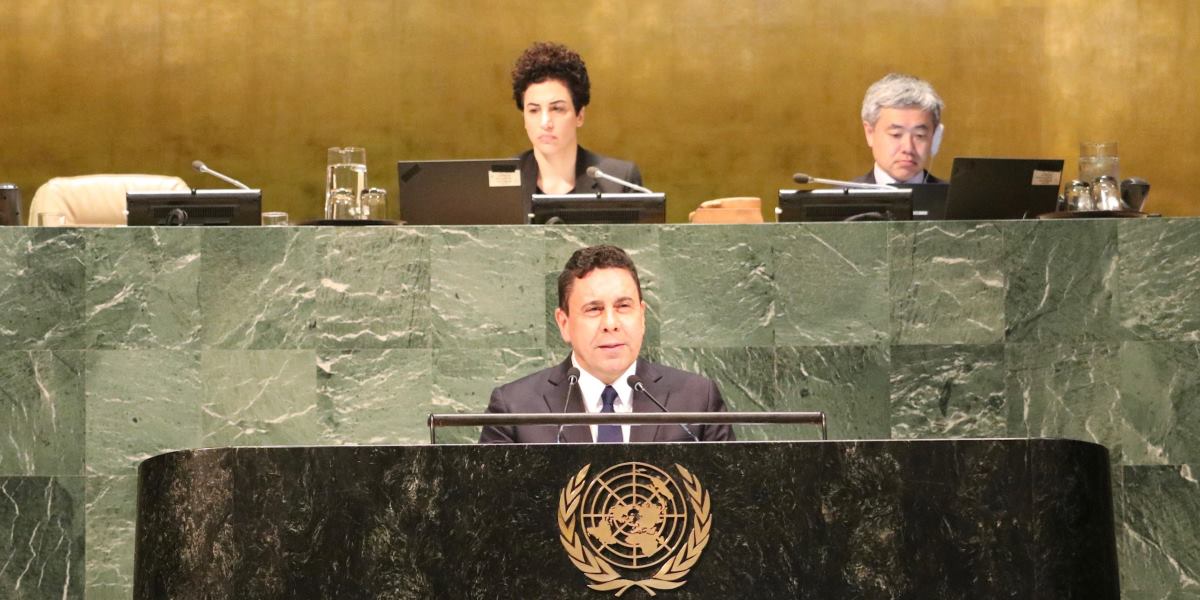 The Ambassador of the Bolivarian Republic of Venezuela to the United Nations (UN), Samuel Moncada, rejected the inclusion of the topic “The Responsibility to Protect and Prevent Genocide, War Crimes, Ethnic Cleansing and Crimes against Humanity”, on the agenda of the UN General Assembly, because it is an instrument that violates the sovereignty of States.

“As a nation, we have been the target of attacks by the same colonial powers that perverted the notion of responsibility to protect in order to loot our national assets and apply economic terrorism against our people”, said the Venezuelan diplomat from the UN General Assembly.

In this sense, Ambassador Moncada pointed out that in practice, the Responsibility to Protect has been used to promote invasions that have resulted in suffering, death and destruction in the countries where they have been applied, while emphasizing that the instrument lacks legitimacy, it intervenes in the internal affairs of States and destroys their independence, sovereignty and territorial integrity.

“Today there are still unanswered questions: Who determines that a State does not protect its population and on what basis? Who and with what criteria determines the way to act? How to prevent its implementation from being selective? How to prevent the responsibility to protect being used as an excuse for interventions for political and economic reasons, even those disguised as humanitarianism? Why do we talk about the responsibility to protect when the Palestinian people are massacred?” He questioned.

Finally, the Permanent Representative of Venezuela to the UN, Samuel Moncada, expressed his rejection of the double standards of the racist and supremacist empires that “deceive the world by speaking about human rights and, at the same time, impose economic measures which are acts of aggression and crimes against humanity”.