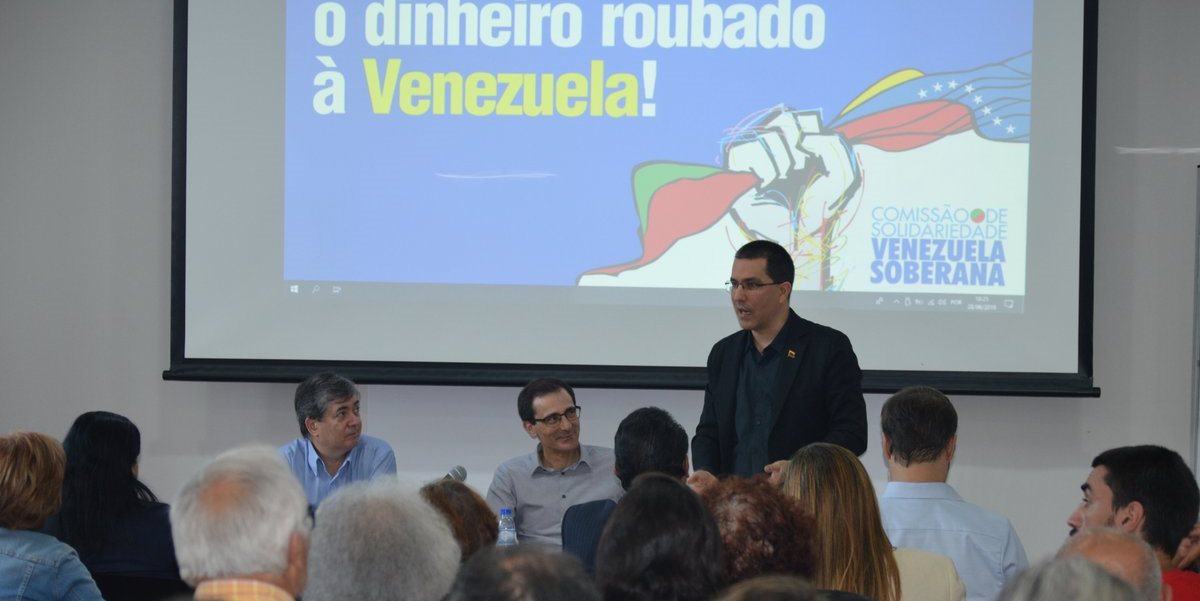 The activity of solidarity with Venezuela, called “Return the stolen money to Venezuela”, was held this Friday in Lisbon, Portugal, from the headquarters of the General Confederation of Portuguese Workers (CGTP), where social movements requested the entity Novo Banco, to release the €1,543 million that have been illegally withheld due to the brutal blockade that is being applied against Venezuela.

The retention of these assets has impeded the necessary payment to attend to 26 Venezuelan patients who are in Italy waiting to receive cancer treatment.

For his part, Luis Carapinha, spokesman for the international section of the Portuguese Communist Party, explained that in Venezuela there is not a humanitarian crisis but a blockade propitiated by the United States. “This country suffers an attack from the greatest military and technological power, that’s why we talk about a non-conventional war”, he said.

In this sense, Antonio Freites, spokesman of the union of workers of the banking sector of Portugal, explained the situation of the withheld money, also denounced the actions of Novo Bank against the sovereign people of Venezuela.

During his speech, the Foreign Minister of the Bolivarian Republic of Venezuela, Jorge Arreaza, gave an account of the financial blockade suffered by the Venezuelan people and the continued coup d’état that is directed from Washington.

He also denounced that “the United States handed over the Citgo company from all Venezuelans to the coup leaders, and the first thing they did was pay some bonds among their friends. It is a blatant robbery against the nation”.

Also, Foreign Minister Arreaza said that “the US has pressed and tried to buy countries around the world to support their plan to ignore the democratic will of the people of Venezuela, but the dignity of the governments of free peoples reject them more every day”.

The Venezuelan Foreign Minister stressed that “dialogue is the only way to resolve the problems in Venezuela. Always within the framework of the Constitution”. In addition, he said that the Bolivarian Government, led by President Nicolás Maduro Moros, has always been open to maintaining dialogue with all Venezuelan political actors.

Finally he assured that “the people of Venezuela will resist. Imperialism will cease to exist, but we need to unite the struggles among our peoples, learn to defend ourselves from imperialism to advance, not to retreat”.

It should be noted that Foreign Minister Arreaza participated in this activity of solidarity with Venezuela as part of the work agenda he is carrying out during his official visit to the Portuguese Republic, where he met a few hours earlier with the Minister of Foreign Affairs of the European country, Augusto Santos Silva, who conveyed the support and commitment of his government to the Venezuelan dialogue process that takes place in Oslo, Norway. 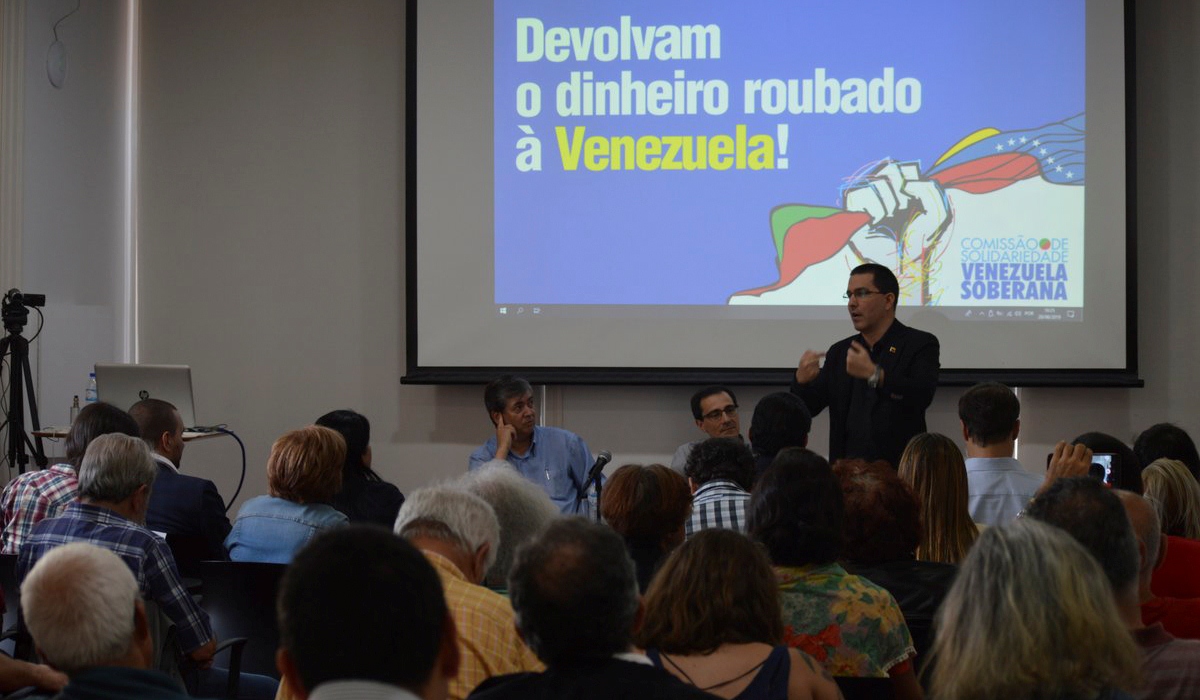