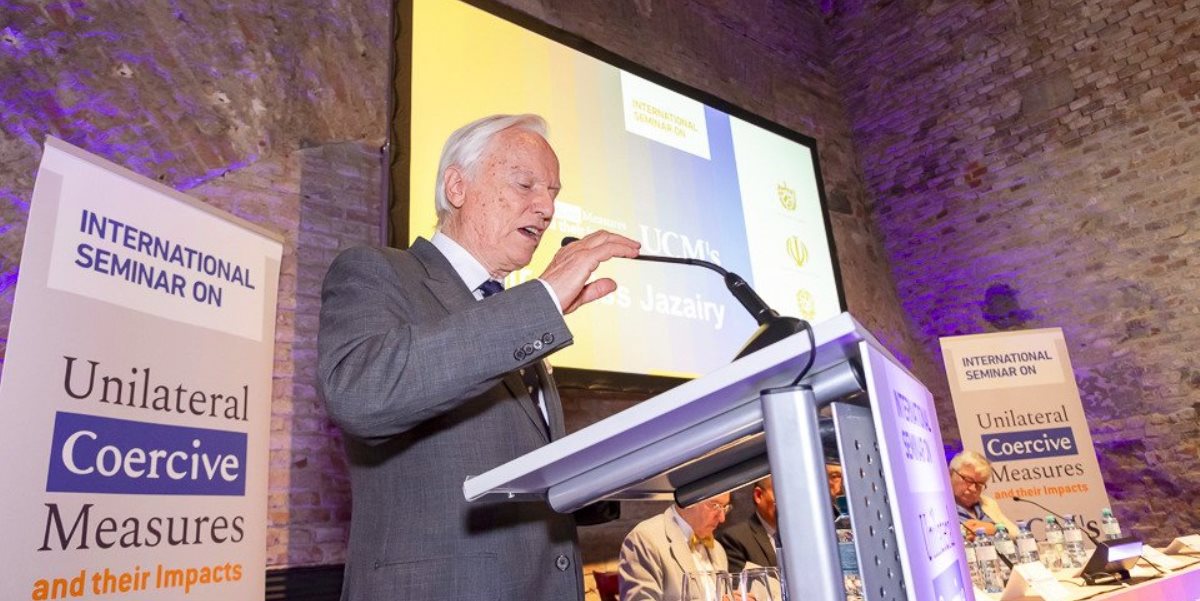 Idriss Jazairy: The purpose of the US measures is to destroy the Venezuelan economy

During the International Seminar on Unilateral Coercive Measures and their Impacts, held this Thursday in Vienna, Austria, the Special Rapporteur of the Organization for the United Nations (UN), Idriss Jazairy, denounced that the international financial system supports United States to suffocate the Venezuelan economy.

In his speech, the expert rapporteur said that “the crippling sanctions have had a terrible impact on the economy of Venezuela and have affected the human rights of its people. First, they restricted PDVSA’s access to international markets, then blocked transactions in gold. These measures do not have a specific target, their purpose is to destroy the Venezuelan economy”.

According to Idriss Jazairy, the argument made by the US is that at this moment the Venezuelan people are already suffering a crisis in food, security and public health, so the best solution is to accelerate the collapse of the country even if this produces a period of suffering that would last for months, or years.

In this sense, Jazairy explained that the unilateral coercive measures “have brutally affected human rights with the aim of increasing the pressure on Venezuela”.

He also warned that this damage to the Venezuelan economy is amply documented in the report of the economist, Jeffrey Isaac, who estimated that, as a result of the coercive measures applied to Venezuela, there had been 40 thousand deaths between the years 2017 and 2018, since the international financial system abides by the sanctions that prevent the Venezuelan government from obtaining on a regular basis the food, medicines and supplies it requires.

Among the proposals of Idriss Jazairy to minimize the consequences of the sanctions and the blockade on human rights, is that “the International Community must get together to adopt an international declaration on unilateral coercive measures”.

It should be noted that this Seminar on Unilateral Coercive Measures brought together international experts from the UN and academics from various countries with the aim of establishing the clear illegality of these serious measures, the consequences they entail and the proposals to combat them.