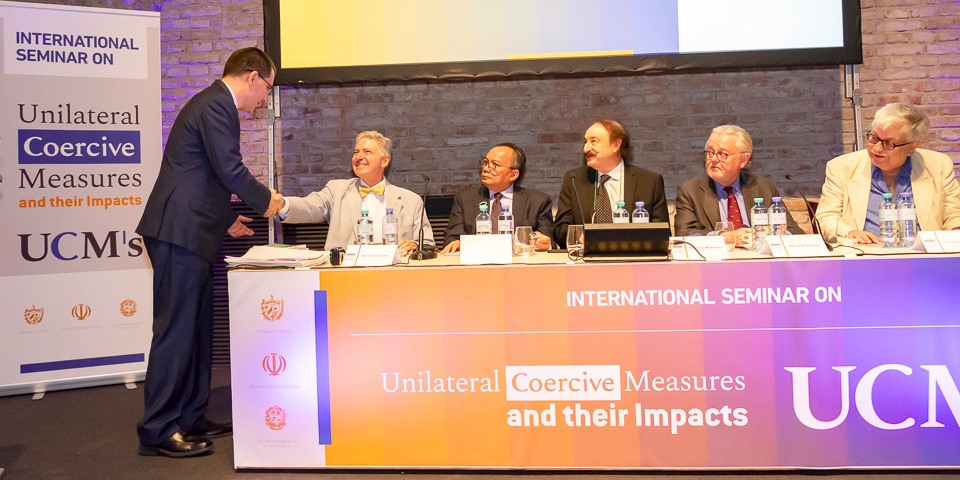 The International Criminal Court should investigate whether certain sanctions can be considered as crimes against humanity according to article 7 of the statute of that court, suggests the former independent expert for the promotion of a democratic and equitable international order of the United Nations (UN), Alfred de Zayas.

“We have the concept of geopolitical crimes and I think we should think about this, the International Criminal Court should establish a criminal responsibility for the imposition of unilateral coercive measures and make estimates of the proper repairings to the victims”, ​​said the rapporteur during his intervention in the International Seminar on Unilateral Coercive Measures (MCU) and its Impacts, which took place this Thursday in Vienna, Austria.

The specialist emphasized that arbitrary economic sanctions, such as those imposed by the US government against the Venezuelan population, contravene the spirit of the Charter of the United Nations.

“UN bodies have repeatedly condemned unilateral coercive measures”, he said, adding that the United States “really believes that they are above the Charter of the United Nations”.

The rapporteur also emphasized that the UN Charter rests on the philosophy of multilateralism, the commitment to international cooperation and the sovereign equality of States.

What are economic sanctions looking for?

In his speech, he warned that this type of measures have the objective of causing the failure of the economies of the countries to which they are applied, with the purpose of facilitating the change of government and imposing a neoliberal socioeconomic model.

In this regard, he cited as a reference the situation that occurred in Chile at the beginning of the 1970s, when the president of that South American country, Salvador Allende, was overthrown.

“Salvador Allende was overthrown and this led to 17 years of dictatorship and torture under General Pinochet, but the United States and the oligarchic elites of Chile were happy to return to what they might call ‘the good times’ when the rich were rich and the poor were poor”, he added.

The specialist believes that the United Nations Human Rights Council should condemn illegal sanctions as “something criminal”.