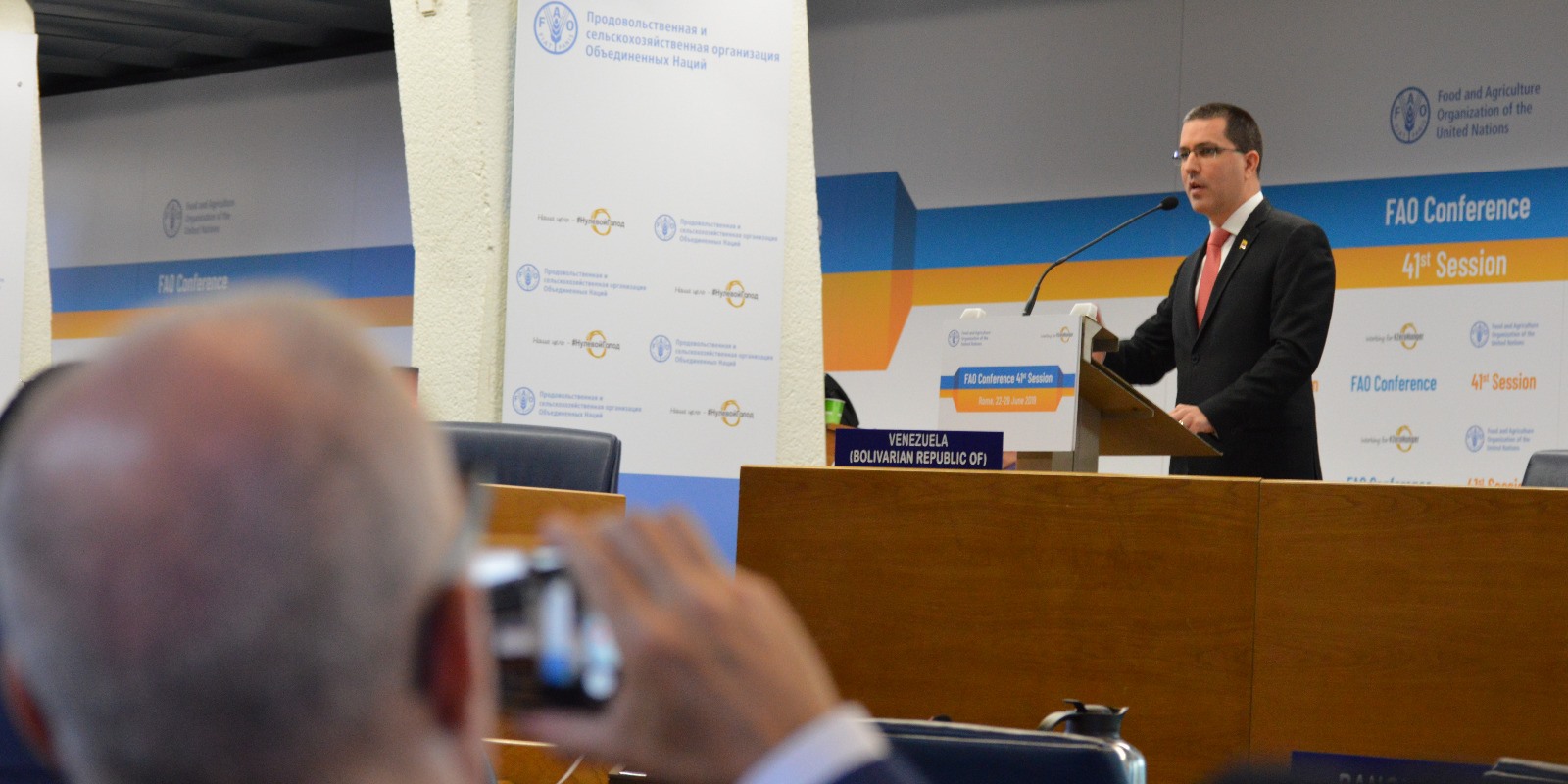 Foreign Minister Arreaza from FAO: This is the relevant forum to denounce attacks against the food of the peoples

During the High Level Segment of the 41st FAO Conference, the Foreign Minister of the Bolivarian Republic of Venezuela, Jorge Arreaza, confirmed on Tuesday the commitment of the Latin American country to fulfill the Sustainable Development Goals of the 2030 Agenda.

The Venezuelan diplomat stressed that the Plan de la Patria 2019-2025 (the government program that commands the second term of President Nicolás Maduro), was designed and written precisely from the United Nations Sustainable Development Goals, especially those linked to social attention.

In this area, he highlighted the efforts of the Venezuelan State to satisfy the basic needs of the population despite the illegal economic-financial blockade imposed by the United States government on the oil nation.

Among them, he cited the creation in 2016 of the Local Committees for Supply and Production (Clap), a subsidized food distribution program that provides basic food to around 24 million people, about 6 million Venezuelan families.

He said, in the same sense, that more than 1,723,000 tons of food were distributed in Venezuela during 2018 through the Clap.

“Seven million have been served with complementary packages of non-perishable food. 94 thousand people are in 41 penitentiary centers where food is distributed”, he added.

The Venezuelan Foreign Minister also affirmed that the School Feeding Program has increased despite the unilateral coercive measures imposed from Washington.

“We have surpassed the 23,400 schools and today we reach more than 5.3 million children who daily receive breakfast, lunch and a snack in their schools in Venezuela (…) We have continued with the investment. We believe that the stage of development that Venezuela has reached in agricultural matters should be maintained despite the aggression”, he added.

UN must raise its voice

In his speech, the People’s Power Minister Foreign Relations urged the United Nations to issue a statement against the unilateral coercive measures that harm the Venezuelan people, and prevent from “fertilizing the ground” to meet the needs of the population.

“Our country is subject to a blockade; in Portugal is the money that we should have invested in fertilizers, in seeds, for production this year and we could not do it because they have blocked more than 6 billion euros in European banks”, he added.

FM Arreaza praised the management of the outgoing director of FAO, Graziano da Silva, and congratulated the elected director Qu Dongyu, who wished not only the best successes but also the best capacities to help the countries and contemplate with them the best solutions, in addition to developing the potentialities of each region.

“We believe that we can build much more from a deep relationship of technical cooperation; This is the relevant and timely forum to denounce the attacks on the people, especially when those attacks prevent the people from having access to their most fundamental rights such as food or health”, the diplomat concluded. 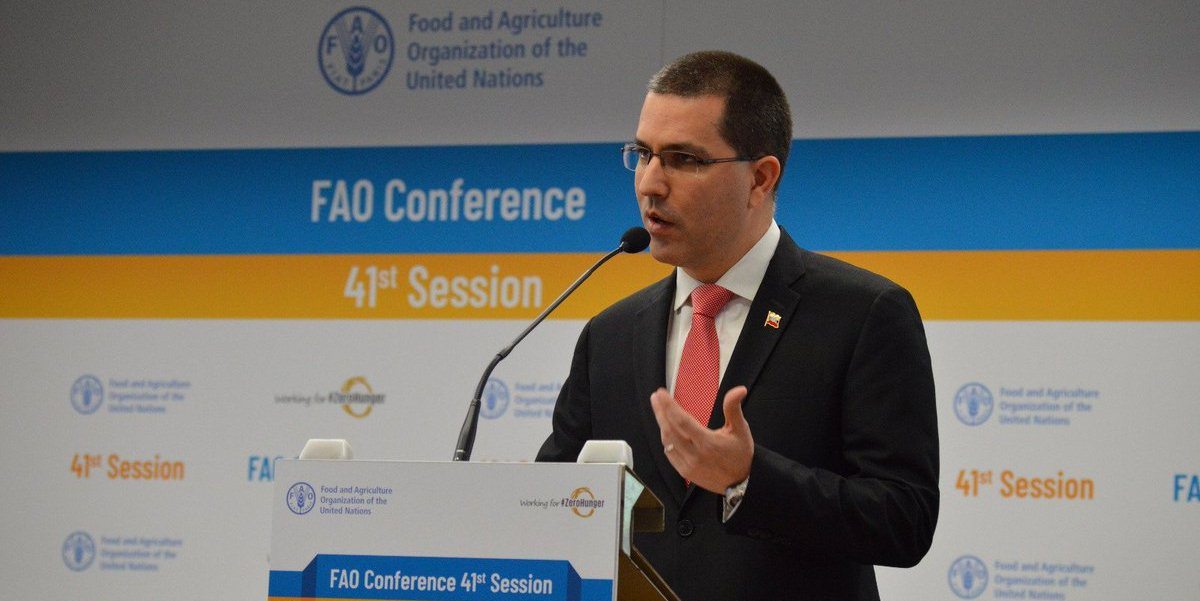