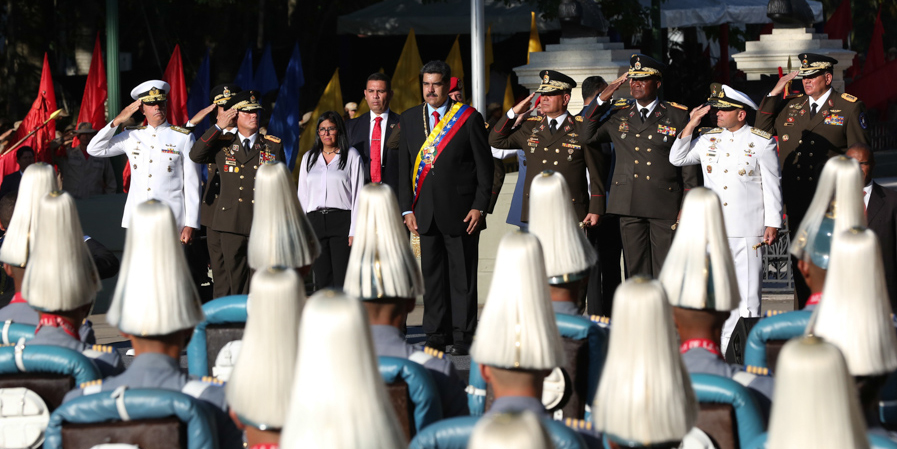 Monumental Complex Campo de Carabobo.- President of the Republic, Nicolás Maduro Moros, described the statements offered by the head of the Southern Command of the United States, Craig Faller, as “phony and hypocritical”, who addressed the Bolivarian National Armed Forces ( FANB) so “they become participants in a change in the country”.

The Head of State and Government said that the White House tries to fill with intrigue the military body because they can not understand the loyalty of the men and women that make up the FANB, the libertarian project of Simón Bolívar rescued by the commander Hugo Chávez.

“Is it possible to believe that as he threatens to invade our country, he respects and loves our Armed Forces? Please! The Liberator -Simón Bolívar- said that through ignorance they have dominated us more than by force (…) they treat us as if we were an ignorant people, but we are a people with full knowledge and awareness of the battle we are taking for the dignity of Venezuela”, he said.

In that line, he exhorted not to fall for deceit, while he assured that Venezuela will go forward because of the effort and love that each one of them gives to work and daily struggle.

“Venezuela will exist as an independent and sovereign Republic if the Armed Forces remains united, cohesive and loyal”, he added during his participation in the ceremony as a reason for the 198th anniversary of the Battle of Carabobo and the Bolivarian Army Day.