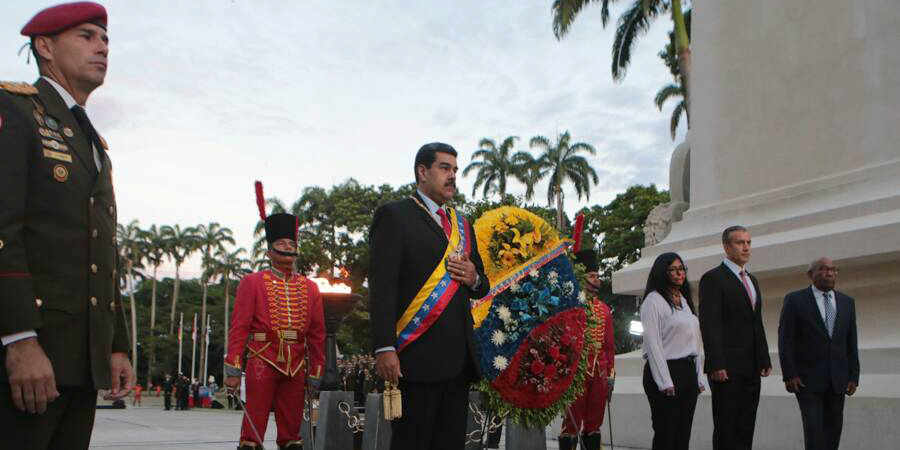 From the Monumental complex Campo de Carabobo, the President of the Bolivarian Republic of Venezuela, Nicolás Maduro, highlighted on Monday the perseverance and strategic capacity of the Liberator, Simón Bolívar, which led him to overcome betrayals and divisions in order to carry on the project of a free and independent Republic.

The President stressed that 198 years ago Bolivar expelled the last imperialist army that occupied the Venezuelan lands. “Nobody gave us our independence, nobody gave us this Republic, it was not a concession, it was a conquest taken by blood and fire”.

At 198 years of the libertarian deed of Carabobo, the Venezuelan people are fully aware of the battle they are waging for the dignity of Venezuela, said the President.

“Let no one be fooled! Venezuela will go forward throug the effort we make, for the love we put into our work. Venezuela will exist as an independent and sovereign Republic if the Armed Forces remains united, cohesive and loyal”.

The Head of State called the union of the people and the Bolivarian National Armed Force, as they did 198 years ago, and referred to the words of the Liberator in which he explained that the army is the people who want, work and can.