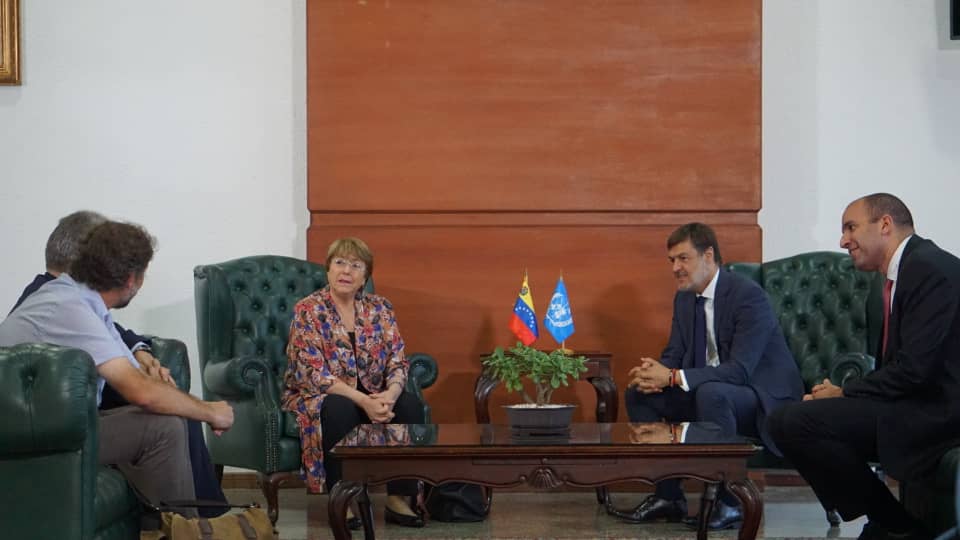 The UN High Commissioner for Human Rights, Michelle Bachelet, arrived on Wednesday in the Bolivarian Republic of Venezuela after the invitation made by the head of State, Nicolás Maduro Moros, last November, with the aim of showing the devastating effects of the economic and financial blockade imposed by the United States on the Venezuelan economy.

The President of the Bolivarian Republic of Venezuela, Nicolás Maduro Moros, during his speech in the framework of the second anniversary of the Great Mission Chamba Juvenil, welcomed the High Commissioner, and also former President of the Republic of Chile, Michelle Bachelet, to the country, who arrived at the Maiquetía International Airport, in the state of La Guaira, after 6pm.

Upon her arrival, Bachelet was received by the Executive Secretary of the National Human Rights Council, Larry Devoe, and the Vice-minister for Multilateral Issues of the People’s Power Ministryfor Foreign Relations, Felix Plasencia.

Despite the increase of the unilateral and coercive measures against Venezuela, the national government has been working together with the organs of the United Nations system to guarantee the human rights of the Venezuelan people which are being violated by the economic blockade.

As part of the social policies to protect the people from the economic and financial blockade, the Venezuelan State has implemented a mechanism of bilateral cooperation with countries such as China, Russia and Turkey and multilateral organizations such as the UN and the International Committee of the Red Cross, with the objective of guaranteeing supplies and medicines that the population requires.