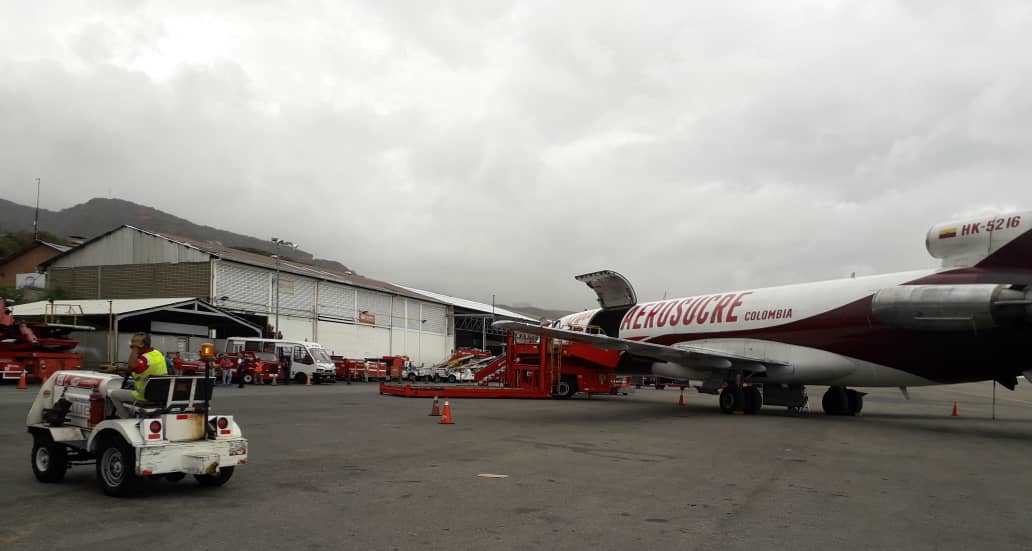 From the Simón Bolívar International Airport of Maiquetía, in La Guaira, the People’s Power Minister for Health, Carlos Alvarado, and representatives of the Red Cross and Red Crescent, received on behalf of the Bolivarian people and Government, the second shipment of humanitarian technical assistance.

The arrival of 24 tons of medicines and medical supplies, was held on Monday with the aim of complementing the health requirements of the Venezuelan population, according to cooperation agreements between the National Government and the International Federation of Red Cross Societies and Red Crescent.

The People’s Power Minister for Health informed that this cargo rises uo to 48 tons those received by the country through the Federation of Red Cross and Red Crescent Societies, for a total of 569 tons of medicines and surgical medical supplies, adding the cargoes from the People’s Republic of China and the Russian Federation, countries with which Venezuela has agreements that are part of strategic cooperation alliances.

In turn, Minister Alvarado said that half of this cargo will be distributed in Red Cross hospitals and the other 50% in public hospitals in the country.

It should be noted that this cooperation on humanitarian technical assistance is the result of meetings between the Head of State, Nicolás Maduro Moros, and the President of the International Red Cross, Peter Maurer, who ratified the common disposition to establish cooperation mechanisms to international assistance and support in full respect of the Venezuelan legal system.

As well as the scope of productive agreements that will allow to offer a better attention to the Venezuelan population and to counteract the imperial economic and financial blockade.